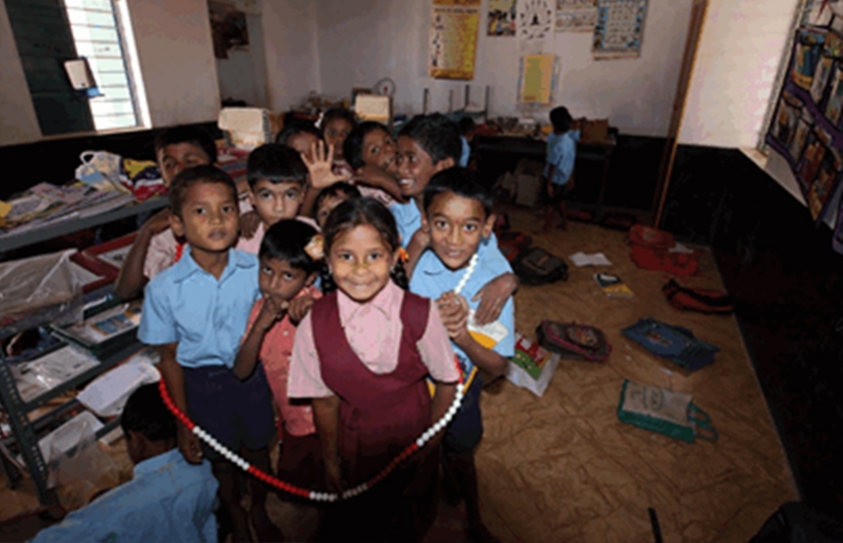 Read this, and then do the maths: How many mango trees before he can count my tears?

In a distant, sleepy village in Uttar Pradesh, whose name I would have never heard had a lot of politicians and news TV's OB vans not landed there recently to bring its stories into our living rooms I asked a ten-year-old boy a question. I was told he had never been to a school and could not count.

"How many fingers are these?" I asked, pointing my index finger and saying, "You know that there is only one God above there." Now, that was a clue, one that I thought the child would not miss.

"And how many fingers are these?" I asked, making a victory sign, "One is pointing towards the sun, and the other towards the moon."

This boy was good, so far. One more finger and no clue worked. I kept adding fingers, he didn't know any better. "You know how much is a hundred?" As I rolled my eyes while running this completely unscientific single-entity sample survey, the boy's eyes lit up. "Yes."

He was fishing for something in his tattered pant's pocket, and out came a crisp Rs 100 currency note, crumpled, much like a gambler's savings from a bad day. "This is hundred." I was impressed.

Math does not have a caste, a gender, and cannot have politics. Yes, it does have a kinship with familiarity. Years of campaigning for education, for literacy, for numeracy had failed, but that one horrific incident had succeeded. He now knew numbers, because these were not hieroglyphics drawn on a cracked grey board with a dust-spewing piece of chalk. These were from life. 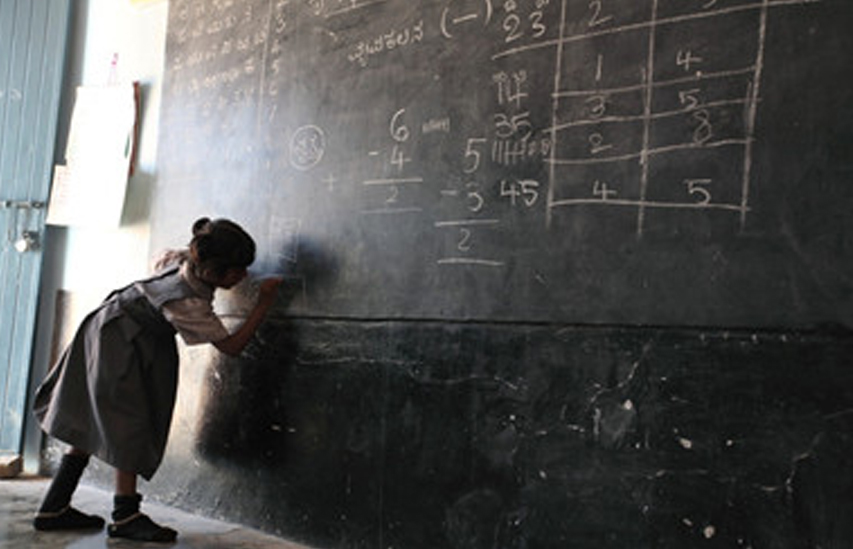 The blackboard had failed him. The mango tree had succeeded, and the dead corpses. I dropped a tear. "How many tears?" I asked. "Two in this eye, one in that one."

We were making progress.

Things, words, examples have to mean something for a child to pay attention.

Familiarity helps. As does fun.

Traditonally, math has not been associated with fun. Sports is fun, science is nerdy, math is tough. That's the stuff of legends on which we have brought up generations of children, making a mistake so crude I wonder why we didn't see it coming.

The reality fell upon us like a ton of bricks. Experts now tell us that the learning outcomes of children in Karnataka are far below par. The ASER Report 2013 shows that in Class V, only 42.1% children can read a text prescribed for Class II students. In Mathematics, in Class V in public schools, only 18.2% students could do basic division.

That is because all the math in a classroom was happening on the blackboard. Many a studentcouldn't even fathom what a dot below and a dot above a little horizontal line meant, even though they would intelligently divide up their entire class to make up two competing cricket teams.

In one school, we simply brought the clock from the head master?s office into the classroom of Grade III students. In a week's time, they knew when the period is going to be over. Five minutes before the appointed time, they would start being restive and then fidget a lot more. The math teacher was angry, till we pointed out the discovery -- they knew how to read time, add forty minutes to it, and were counting.

We were learning new tricks.

But we need more. Talk about colours would have led to talk about rainbows. They would have then learnt to count till seven ? VIBGYOR - and learnt names of new colours. But rainbows do not keep pace with a teacher's need to have educational aids in a classroom as per her timetable. 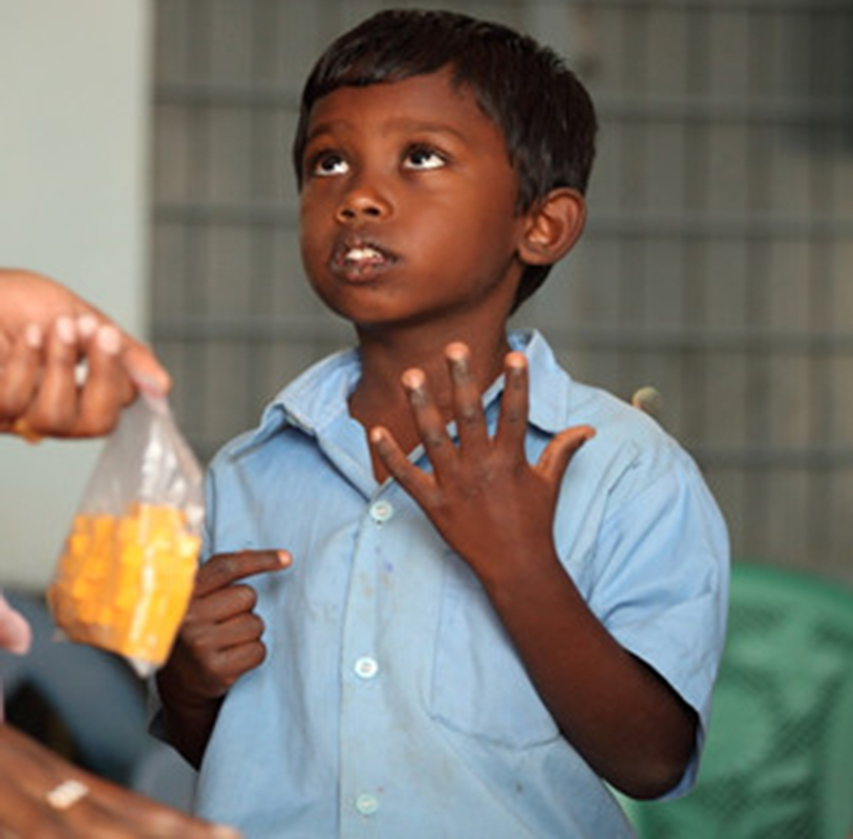 And we need educational aids in schools. Objects. Colourful, intriguing, interesting. Something,that does not look daunting to them. One teacher we met in a villagewas given a fraction-strip board and she devised a new game from it, with one set of students solving the problem on the blackboard, the other doing it with the coloured strips.

Encouraged, she asked us ways in which she can use 'Ludo'. Suddenly, the math class seemed like a 'sports period'.

In another classroom, teachers reported drastic improvement because now shapes were not two-dimensional. Roll of colourful dice would mean learning processes were at peak, and little minds were adding up twos and threes and fours and fives and sixes.

Karnataka's schools need geniuses. And to produce these, they need those dices. Many private schools have these. It is in government schools, and that too, in backward districts of Karnataka that the problem is more acute. It is there that we need to find ways other than dropping tears to make children learn math. And life.

If we are honest in our dreams, to our dreams, and want our children to dream even bigger and brighter, it is time to go back to the school, to revisit the idea of a classroom, to ensure some quality learning takes place there.

We understand that it is just not enough that we put those math kits and trained teachers and resource persons there. We know that deliverables need to be measured, too. The system of scaling, calibrating and measuring outcomes is part of the entire plan that Akshara Foundation has devised in collaboration with the state government.

The state government has taken the much needed step. To quote from the budget speech ?Akshara Foundation has developed Akshara Ganitha kits to facilitate teaching of Mathematics in simple way to enable the 4th and 5th standard students to understand Mathematics. These kits will be provided to students of Government schools in Hyderabad-Karnataka area in the first phase.

Our children must learn how two plus two make four and be in classrooms that are more colourful, more educative, more result-oriented, more dream worthy.Every volunteer, every resource person, every teacher working and trained under the banner of Akshara Foundation engages and lives with this dream everyday.

So that no one needs to drop tears and make little children count. So that, if Akshara's dreams come true, no girl ever hangs by a mango tree.

Visit our website www.akshara.org.in to know more about us and our work.