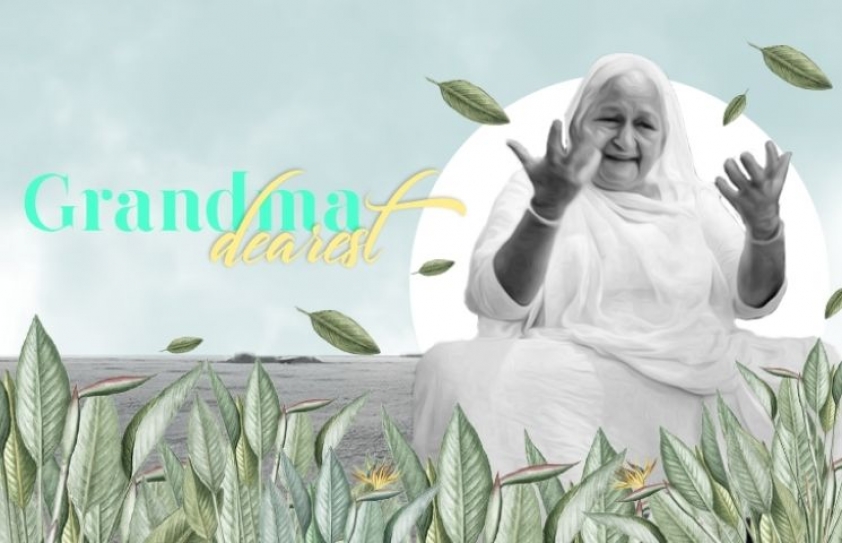 She was just seventeen. And her life brimmed over with romances, betrayals, tragedies and madness. She shared her birth year, 1917, with actor Dev Anand and Prime Minister Indira Gandhi.

She was kidnapped by dacoits from her village at the age of six. She was a mother of three children at the age of 19. She went through multiple abortions while she played a screen mother for almost 40 years to actors older than her. From 17- 70 it was an estimable innings for this veteran who stayed aloof and was never affected by the stars and her star status. She was Leela Mishra - the ever-cherished grand old lady of Indian cinema.

She belonged to the farmlands. She was born in Banaras, which was known as the bastion of orthodoxy back then. She was married off the age of 11 to Ram Prasad Mishra. A couple of years later she was sent from home to live with her husband and his family. Her first child was born when she was 15. It is said that her husband was not content living in Banaras with a joint family and moved to Bombay, the city of dreams, which was a rude shock to her.

Ram Prasad was enamored by the film industry and located the job of an assistant in a studio, secretly hoping that he would become an actor some day. That’s when he surreptitiously sent some of his wife’s photographs to a distributor who in turn sent them to a Kolhapur production company. She lucked out and received a money order of 500 rupees along with a request to asking her to come to Kolhapur. Her husband, by signing a contract of Rs. 500 a month, coerced her to work in films.

Her first role was that of the heroine opposite Master Vittal but there was chaos on the sets. A mother of two already, she refused to touch the hero. To avoid that impasse, she was asked instead to portray the mother of actor Shahu Modak, which she happily accepted. Leela Mishra was never interested in becoming a star heroine. 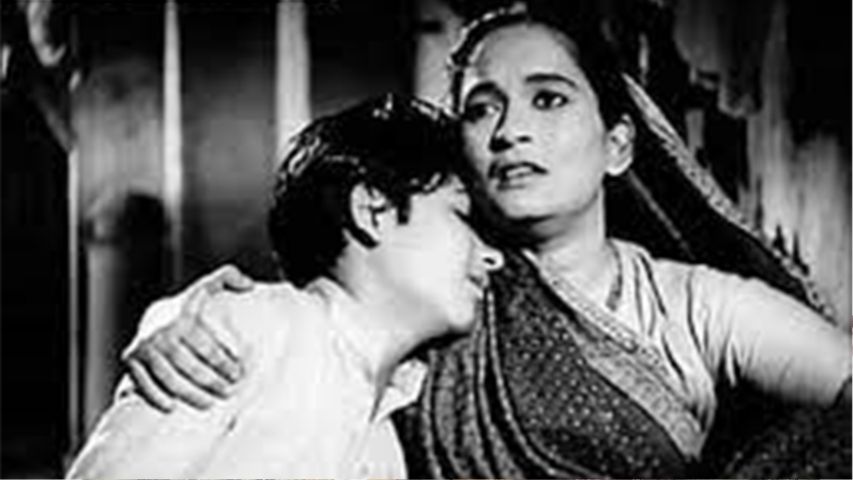 Her career progressed in supporting roles. Soon she was pregnant again and asked to be relieved from her contract. She returned to Banaras and gave birth to her third child, this time a boy. She lived there for about three years after which her husband took her to Calcutta since quite a number of films were being made there. She acted in Chitra Lekha (1941) and Qaidi (1942) after which she again had to leave for Bombay. Reason: there was a war in Japan and things in Calcutta had come to a standstill. Back in Bombay, she was signed by Leela Chitnis to act in Kisise Na Kehena (1942) and her performance was applauded. Next, she was signed by for Shikari (1946) by the prestigious Filmistan Studio. Top names like Veena, Begum Para and Protima Dasgupta were contracted to the studio already.

Leela Mishra was steadily acknowledged as a gifted artist, especially in simple roles of the mother and bhabhi. She would refuse to perform dance numbers, arguing that if she had wanted to go down that route, she would have become a heroine. She would frankly admit that she was in films to keep the kitchen fires burning and was fastidious about being paid her fee on time.

A trouble-free artist, directors and actors loved working with her. She never demanded any special clothes or make-up. Mostly, she would wear her own saris, which were usually white with a hint of embroidery. She evolved a distinct style of acting. Even though she became stereotyped in the same sort of roles, she would never complain. Acting was a means of living and that’s it. She was a fan of Dilip Kumar who adored her equally and called her ‘mausi’. In an interview with Doordarshan, Dilip Kumar had said if he wanted to know how a scene could be authentically enacted, he would go over to ‘mausi’s’ sets to watch her act. Sai Paranjpye, with whom she did Katha (1983), Asha Parekh and Rakhee Gulzar have called her an actress par excellence.

She did attempt to look different in a few films. In Pati Patni (1966), Mehmood asked her to wear her hair in a jooda (bun) and a sleeveless blouse. He met her three times over to convince her to alter her look. In Tumse Achcha Kaun Hai (1969) she played a modern Sindhi lady carrying a bling sling bag. In Baaton Baaton Mein (1979), as Tina Munim’s old-fashioned aunt, she wore a pleated skirt with bobbed hair left loose and carried a black umbrella. Her voice was easily recognizable in the song Honthon Pe Geet Jaage Man Kahin Door Bhaage from Man Pasand (1980), to cajole Tina Munim to go to sleep since it was late at night. She also acted in Satyajit Ray’s only Hindi film Shatranj Ke Khilari (1977). 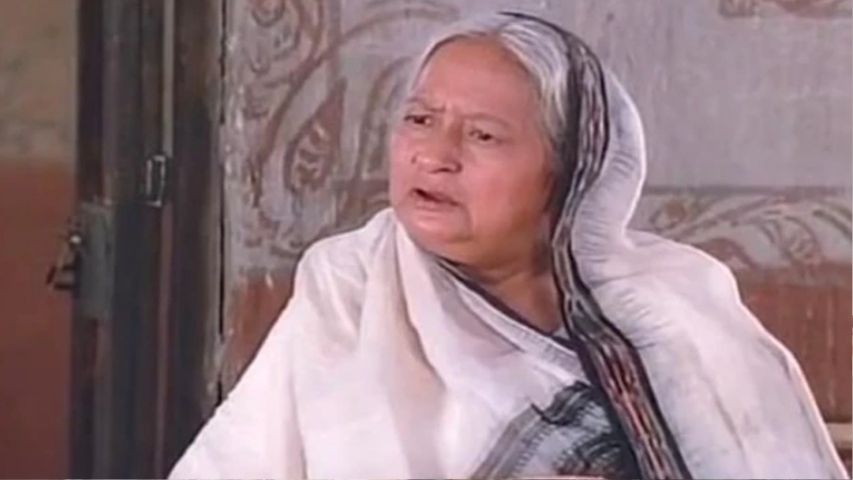 Writing a character and living a character are two different things. But when an artist lives a character, they are etched in the history of cinema. Her iconic role of Hema Malini’s ‘mausi’ in Sholay (1975), who rejects Veeru’s proposal to marry Basanti, leading him up to a tower in a drunken state to fake a suicide, stays fresh in the memory. It was a brief role, which made her so famous that she became the favorite ‘mausiji’ amassing a loyal fan following.

Ironically, despite acting for five decades, she continued to live in a modest one-room kitchen apartment in a chawl. Just like every child living in Bandra or Juhu knew where the superstars stayed, everyone in Shivaji Park knew Dadimaa’s address. She deprived herself of the small luxuries of life as she needed to earn money for her husband who had multiple health issues, and later for her children as they were purely her responsibility.

Coming from a family of Brahmins from Banaras, one would have expected her to be religious and orthodox but Leela Mishra was just the opposite. She was open-minded, religious in her own way but not a fanatic. The short, plump grey-haired Leela Mishra was a recluse, a complete contrast to the friendly, jolly, golden-hearted dadi, ma or mausi she played on the big screen. Initially, film fans would try to meet her at her house but over the years respected her privacy and her aloof personality.

Every time a journalist inquired about her living in a chawl, she would retort, “What’s wrong with this house? It’s open from all sides and remains cooler than air- conditioner homes during the summers.” Sunil Dutt, Dilip Kumar and Raj Kapoor had visited her at her home to sign her for their films. It is believed that Raj Kapoor who had already started his Awara (1951) had already rejected three aspirants who were to play his mother. He then approached Leela Mishra who rejected the part, as he was unwilling to pay her price. Raj Kapoor went over personally to meet her at her house and had to agree to her terms of payment to make her agree to star in Awara.

With her grandmamma image, she would take the liberty to catch an afternoon nap in the make-up rooms of the stars to which nobody objected. Once she even slept in Dilip Kumar’s make-up room to which he laughed and told the studio-hands not to disturb her. Of course, at time the younger stars would feel uncomfortable in her presence and ask her permission before smoking in front of her. She was very cool about that and never raised a fuss.

In her entire lifetime, Leela Mishra never believed in showing off and lived her life with simplicity. She suffered a paralytic stroke in 1982 and was bedridden but soon bounced back after taking a sabbatical for about a year. She passed away on 17 January 1990 after a heart seizure. Leading lights of the film industry were conspicuous by their absence at her last rites. The eternal grandma of the movies went away as simply as she had acted and lived. Truly, they don’t make them like that any more, do they?