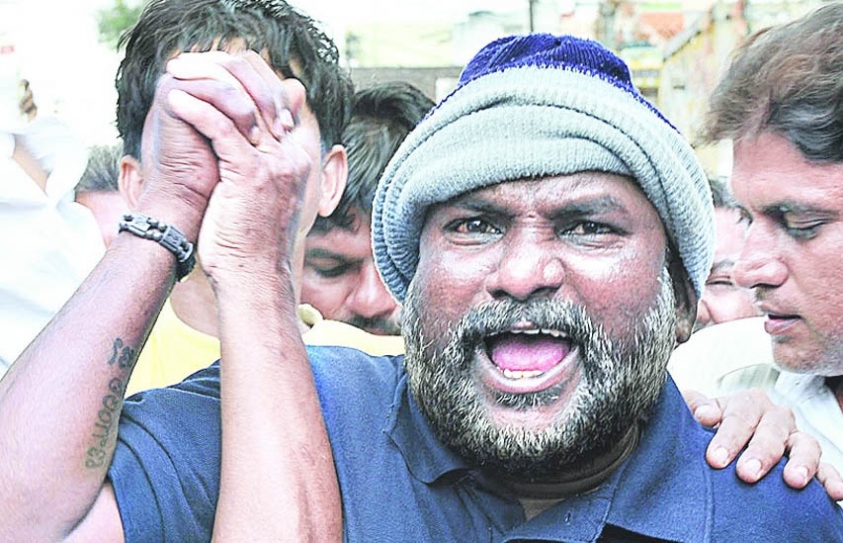 Why have we become so intolerant of the term "intolerance"? Crisscrossing through multiple literary festivals in the last few weeks, I couldn't help but notice the dexterity with which panellists (including myself) adopted a range of alternative vocabulary to convey the many facets of this now controversial concept - using terms like "over-sensitivity", "a culture of conformity", or "un-freedoms". We treat the word "intolerance" like it's the new smut on the block, like a tyrannical neologism, even though we can't deny that there have been, and continue to be, many intolerances in India. Not only religious and caste-based intolerance, but also intolerance of women's equality, of the rights of children, of Dalits and other marginalized communities, of homosexuality (the judiciary's creditable promise to re-re-revisit Section 377 highlights this fraught history) - and the list continues. Therefore, I find it baffling that this word "intolerance", which denotes a lapse from the most universal, humanist principle of equal respect for all, has now become a keyword for decoding political allegiances. More and more, any acknowledgment of the existence of "intolerance" in India is identified primarily as the view of the leftist intelligentsia.

There are other words too, including certain names that have a similar effect; names we know well, like Kalburgi, Pansare, Dabholkar. As soon as they are uttered in a public platform, these names are seen not as a protest against brutality, but a political statement made by "liberal" intellectuals. Are our politics overtaking our humanism? No matter where we align ourselves along the political spectrum, how can we, as Indians and as human beings, not be disturbed by these killings? Yes, we have all heard the argument that we are far more "tolerant" than our neighbouring countries, and I fully agree. But even though we are the strongest democracy in the region, can we say that we have no weaknesses in common? To be murdered for expressing your views is inhuman across all frontiers, and equally bloody, whether you are hacked by machetes (as has happened to some free-thinkers in Dhaka), or mowed down by a barrage of gunshots (as in Mumbai, Pune, or Dharwad). Further, when a mob feels authorized by rumours - whether of desecrating the Koran (as in Kabul, and in KotRadhaKishan near Lahore), or of storing beef (as in Dadri) - to take the law into its own hands and beat a person to death, can we really insist that there is no crisis?

No matter whom we choose to vote for, none of us can deny that multiple attacks on writers, activists, journalists, actors, students and civilians were witnessed last year. The violations have ranged from horrifying murders of rationalists to the forced symbolic "death" of PerumalMurugan; from the ink attack on Sudheendra Kulkarni at a book launch to the criminalization of Arundhati Roy for a magazine article, to the jailing of Kiku Sharda for a comedy skit; from the vicious, high-profile trolling (and misquoting) of Aamir Khan and Shah Rukh Khan to the less publicized, and most ironic, shutting-down (and re-locating) of SiddharthVaradarajan's talk on freedom of speech. Leaving celebrities and intellectuals aside, shall we consider the freedom of youngsters and students? Can we ignore the arrests of students for their Facebook posts (including last year's Class XI student from Rampur), or the atrocious public attacks on students for their race (whether from Northeast India or from Tanzania)? What about the arrests of unmarried couples in Madh Island by the "moral police", or Delhi police's assault on students protesting RohithVemula's death? These are hard facts, not soft "liberal" points of view. If we ignore these facts, we are choosing either to be blind, or to be mute - a far more disquieting choice than the one between the left and the right.

Yes, there have been grave "intolerances" in India in the past - under different rules, in different states. Intolerance towards critical issues - be it women's safety (most of our women political leaders have, across party lines, failed to speak out against rape, or give much-needed support to its survivors); or be it freedom of expression (let's not forget that Arundhati Roy was charged for sedition six years ago, or that threats and lawsuits forced M.F. Husain to go into exile in 2006, never to return alive). But because we have made errors - grievous errors - in the past, should we now condone our mistakes in the present, or, worse, consider them to be somehow justified? Without question, the mass-murders of Sikhs in 1984, or the ethnic cleansing of Kashmiri Pandits in the 1990s, will remain two of the most shameful episodes in India's recent history. So will the gruesome lynching of Mohammad Akhlaq. The reason is identical: in each case (and there are many more across the country, from Gujarat to Assam), we failed, as a nation, to embrace the humanism at the heart of our pluralist democracy.

So, by all means, let's continue to have discussions, debates, and disagreements. The violence of last year notwithstanding, most of us would still agree, I hope, that the health of a democracy - and ours is a robust one, in many respects - relies on discourse and dissent. Can we then stop tiptoeing around words, or treating them as dividing lines, and take a moment to simply look at the facts? A crime against humanity is a crime irrespective of regime, region, or religion. Isn't it time to stop throwing our past failures at each other, and look at our troubled present straight in the eye?