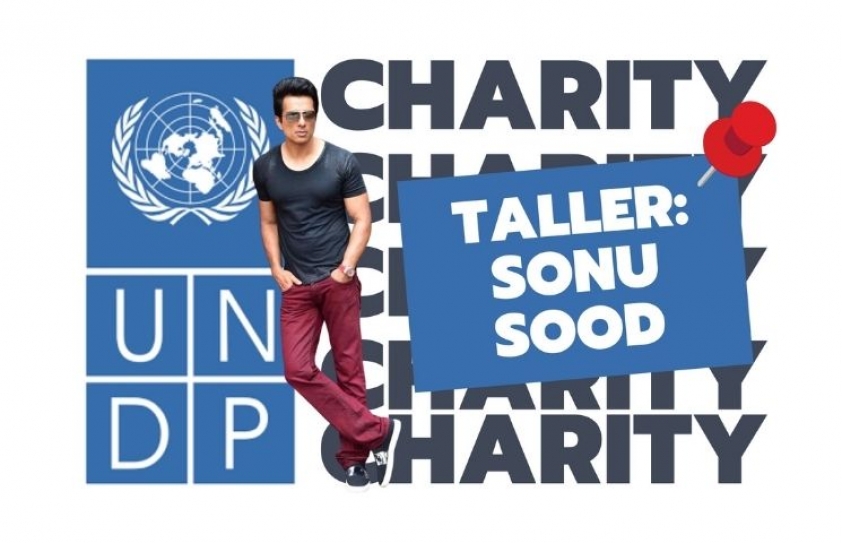 In a celebrity world currently reeling under the impact of drug allegations, nepotism, suicide, murder, activism, politics and more, Sonu Sood has stood out in 2020 as a beacon of self-less service and humanitarian work that meaningfully impacted and benefitted thousands, if not lakhs of migrants across geographies. Last night he received one of the biggest recognitions of his career: a UNDP award for Special Humanitarian work. Not only Sonu Sood but each of us Indians, should celebrate the award, which is a rare global honor for a job well done.

The UNDP person reading out the citation for the award said, “For selflessly extending a helping hand and sending home lakhs of migrants, helping thousands of stranded students across geographies abroad, providing free education and medical facilities to young children and creating free employment opportunities to the needy in the wake of the COVID-19 pandemic, Sonu Sood has been conferred the prestigious SDG Special Humanitarian Action Award by the United Nations Development Program (UNDP).”

For the record, Aishwarya Rai Bachchan, Shabana Azmi, Manisha Koirala, Dia Mirza and Lara Dutta have also been associated with the United Nations but they have been only Goodwill Ambassadors. Priyanka Chopra has similarly, as mentioned before, played Ambassador both in India, and abroad.

In a manner of speaking, Sonu will be the only Bollywood male actor to have been awarded by UNDP. In the past, Amitabh Bachchan, Aamir Khan and Ayushmann Khurrana have done their bit for UNICEF but have not been recipients of a major UN Award. So what will this award do for Brand Sonu Sood?

Sonu has already been on a roll since the past few weeks with endorsements that he has signed for MFine, Spicejet, Acer, Pepsi, Edelweiss Insurance, IG International and more brands that have lined up to sign the ‘Migrant Mahatma’ as their ambassador. With Bollywood in turmoil, and with celebrity endorsements under stress, the emergence of Sonu Sood as a messiah of the poor and needy actually positions him as a top choice for brands that profess to place the consumer and the consumer’s welfare ahead of profits and revenues. A client I spoke to recently put it very nicely, “Sonu Sood gives positive vibes. He comes across as sincere and purpose-driven. I want to trust him, believe in him. That is a very important feeling when hiring a famous face." 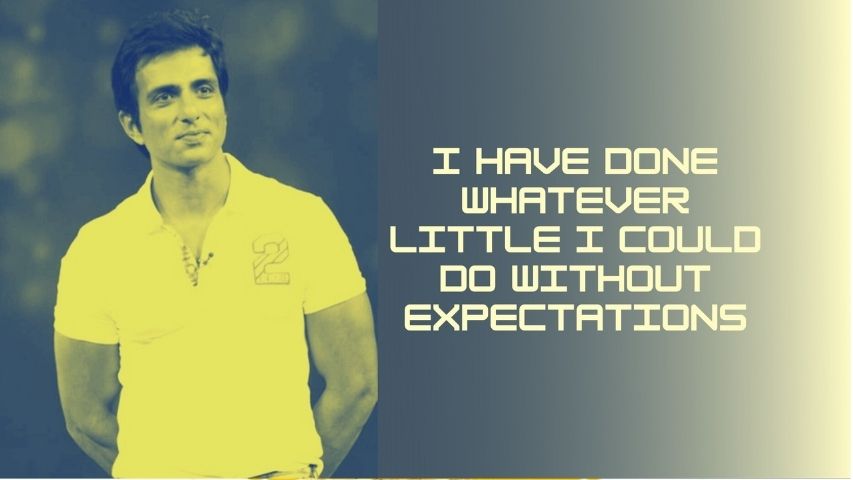 Post receiving the award, Sonu Sood went on record to say, “This is a rare honour. UN recognition is very special. I have done whatever little I have done, in my own humble way, these past months for my fellow countrymen without expectations. However, to be recognized and awarded feels good”. He went on to add, “I fully support the UNDP in its endeavors to achieve the SDGs by 2030. Planet Earth and mankind will greatly benefit from the implementation of these goals. The Sustainable Development Goals (SDGs), also known as the Global Goals, were adopted by all United Nations Member States in 2015 as a universal call to action to end poverty, protect the planet and ensure that all people enjoy peace and prosperity by 2030.

Through the pledge to ‘Leave No One Behind’, UN member countries have committed to fast-track progress for those ‘furthest behind first’. I really love that nomenclature: it is so overwhelmingly meaningful and appropriate. The SDGs are designed to bring the world to several life-changing ‘zeros’, including zero poverty, hunger, AIDS and discrimination against women and girls. The UNDP is doing a fabulous job. And I am proud to be now associated with the good work.”
On the commercial front, Sonu Sood continues to be choosy. Doing commercial endorsements is part of his livelihood and profession. But there too, he apparently prefers to work with brands that have a ‘societal orientation and commitment’. The work he has done over the past few months has been very humbling, he says, and that he feels blessed that so many of our lesser fortunate brethren have been benefited. Honestly, that is not the language that Bollywood speaks! Which is why, perhaps, Sonu Sood is texturally different from other filmy folks.

The media has given Sonu Sood a lot of footage in past months. But yet not very many know that Sood’s ‘Pravasi’ employment portal already has helped nearly half million blue and grey collared workers who have been connected to jobs in both local communities and those outside. He is also said to be working on a health project for which he is talking to doctors all over the country to volunteer to do free consulting, and operations. Doing all this gives Sonu Sood ‘deep satisfaction, that is more than spiritual.’

Sonu will work; going forward, with the UNDP on the Sustainable Development Goals - his personal life goals and doing good work for humanity remain his life’s top priorities. So it is a good fit and a win-win for all.

For Sonu Sood, hitherto used to winning accolades for his acting prowess, the UNDP award underlines the unbelievable single-man efforts of the actor in his humanitarian work that has been applauded both nationally, and internationally. It places the Indian actor in a league where few in Bollywood have ever got.

Will he do a turnaround in his film role selections too? Pran, the famous actor turned from villainous roles to positive character roles mid-career and his second innings was even better, and more memorable than his first - Sonu just smiles. Well, at 47, he is younger than Shah Rukh, Aamir, Salman, Saif and Akshay. So changing tracks is very possible. And as a ‘good guy’, he would be believable with all the good he has done in the recent past. For brand ambassador assignments, those playing negative roles are never first choices.

When asked whether he is working his way to becoming Sunil Dutt who became Bollywood’s symbol of goodwill and peace in the troubled 1980s, Sonu Sood is non-committal. Also, he makes light of what he has done so far. “It is all the guidance of God Almighty. He gives me the strength; He also shows me the way,” says Sonu. Well, we are sure there is more than destiny guiding his choice of brands in corporate India. Any brand looking for trustworthy, dependable, loved-by-all and sincere would choose Sonu Sood in a heartbeat!

Source: BrandEquity.com from The Economic Times

How to tame COVID-19 vaccine hesitancy

Helplines: Warriors at the forefront

How feminism works in rural India

Pandemic: 70 million children can be pushed into learning poverty

Robots At Your Service: Tomorrow Is Here