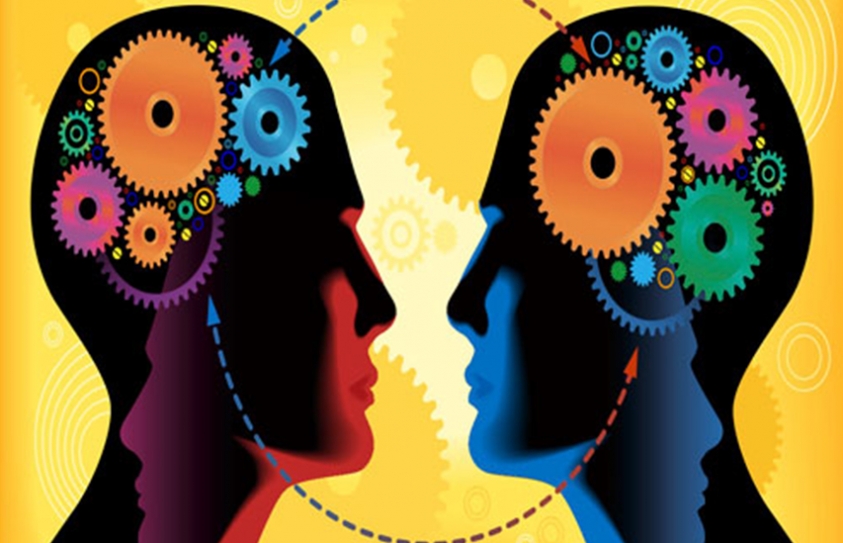 Igniting Minds for a Brighter Future

Reading the newspaper has become a troubling ordeal of late. Page after

page narrates incidents of crimes against women, communal tension and cases
of corruption. Furthermore one only has to step out onto the streets to see a total
lack of civic sense within our populace and the resulting traffic, filth and absolute
chaos. A lack of empathy and ‘concern for the other’ is unfortunately turning into
a norm and can explain all these instances of social malaise. It is easy to look
around and observe all that is wrong with our society, economy and government.
Contrastingly is it difficult and somewhat uncomfortable to look inwards and
reflect on whether we are perpetuating these patterns of behaviour within our
own spheres of influence. Albeit uncomfortable it is more necessary than ever
for Indians to take to what is popularly called ‘critical thinking’; which is the
ability to think beyond the pre-conceived notions and constraints that we have
been indoctrinated with from the moment we were born.

When we begin to think critically, our mind is both the tool for and the
object of our evaluation. We therefore question the very basis of our ideas and
notions. In a society like ours that is plagued by rigid social hierarchies and
divisions along the lines of prosperity, gender, caste, religion and political
affiliation; challenging ones preconceived notions becomes increasingly vital.
Sociologists attribute this increase in social divisions and unrest to a fall
in ‘social capital’. Social capital is described as the ‘informal institutions’ within a
country; i.e. the relationships norms and levels of trust within society that
facilitate interactions and thus create a healthy environment within which
formal institutions for economic and political activity function. On a global index
that measures social capital, India is placed at 138 out of a total of 142 countries.
At the same time, economists have begun to include social capital along with
physical and human capital as a necessary precursor for economic activity. They
have thus attributed some of the blame for the poorly performing economy to
declining social capital.

It is my strong personal belief that a democracy cannot truly function as
one if citizens do not think critically. Democracy is all about representing the
true interests of individuals. It is therefore important for citizens to be able to
determine whether their interests are being met. More importantly however,
citizens aught to understand what their true interests really are. With their
colossal power and outreach, big businesses and governments have been setting
the agenda for what constitutes ‘progress’ and thereby have been laying out aims
and objectives for society for centuries. Since the interests of giant corporations,
governments and society do not always intersect, it would be a massive social
injustice to allow societal agendas to be set without safeguarding the interests of
society at large.

Within and outside India, the main focus of all nations has been to
increase GDP(Gross Domestic Product) per capita with the belief that this will
create better outcomes for everyone. Having realized that this figure doesn’t
tell us much at all about social progress and sustainability, a few enlightened
economists devised the Genuine Progress Index (GPI). The GPI simply is the
increase in GDP per capita adjusted for social and environmental costs. It was
created with the aim to present a more accurate reality of whether progress is
actually being made. GPI data has shown that contrary to popular belief, after
the 1970’s, the Western world and particularly the USA has actually declined
with respect to human progress. This has occurred to a large extent due to rising
inequities. Inspite of this reality, the inability to think creatively and critically has
led us to adopt the same model of growth with the same ill-conceived aspiration
of GDP growth alone. During the ‘boom’ phase of our economy where economic
gurus from in and around India sang its praises, we sadly produced no new jobs.
In a nation as destitute as ours, there is a very pressing need to examine whether
an economic model of growth that lends itself to such inequities is a rational
choice.

Perhaps the most ominous effect of poverty is subjugation. In India where
economic divides have all but replaced the archaic caste system, oppression is
particularly bad and disallows people from leading dignified lives. This along
with the constant stress caused by having to make ends meet leaves people
with a diminished ability to think freely and critically. An economist from
Harvard and a Psychologist from Princeton carried out tests of intelligence and
memory on sugarcane farmers in India before and after the harvest season.
Sugarcane farmers face significant financial pressure before the harvest and
are far more comfortable thereafter. Their results showed astoundingly that
being poor caused a fall in 13 IQ points, which is about the same fall that is seen
with alcoholism. They concluded that the poor “are less capable not because of
inherent traits, but because the very context of poverty imposes on and impedes
cognitive capacity.” In the context of extreme poverty, it seems as though a lack
of critical thinking is both a cause and a consequence.

Unlike traditional monotheistic religions such as Islam and Christianity,
Hinduism can be likened to a philosophy. Instead of laying down strict rules
about how to lead one’s life, it invites followers to commence a lifelong journey
for truth through deep introspection whereby one can determine a personal
code for duties and morals i.e. ‘swadharma’. Unfortunately this legacy has been
abandoned for an oppressive society that teaches us to accept and endure rather
than challenge and question. Our rigid social hierarchies teach us to blindly
follow and show obedience towards anyone that can be broadly termed ‘our
superiors’ particularly teachers, elders and religious leaders. The prolific
philosopher Socrates likened education to “the kindling of a flame not the filling
of a vessel”. Instead of reveling at the infinity of knowledge, the Indian education
system leads students to believe that knowledge is finite and that their goal must
be to master this knowledge through memory and rote learning. This is perhaps
why a number of firms that set up shop in India find it impossible to find
employees with the requisite aptitude and skill set for creative solutions and
problem solving. Individuals that are taught to think critically realize that there
are a number of ways in which to arrive at a given outcome and so are likely to
stumble upon unique and revolutionary ideas and methods. This lack of
emphasis on creativity has therefore stifled innovation over the years and still
keeps us from realizing our true potential.

Our reality is constructed entirely by our five senses that allow us to
perceive the external world. It is almost as though our senses provide our brains
with raw data, which is then assimilated and processed through the cognitive
practice of perception. Notions and truths that we consider sacrosanct therefore
heavily influence this process of perception. This is perhaps why we all see the
world slightly differently. With the existence of these multiple conceptions of
truth and reality wouldn’t it be erroneous for us to hold on stubbornly to a single
paradigm of thought? Only when we learn to think freely can we truly be a
liberated society. The celebrated academic Noam Chomsky often sites
suppression of thought as a major cause for modern democracies
turning ‘illiberal’. In like fashion, India’s hazardous cocktail of poverty, social
divisions, skewed power structure and ill-founded approach towards learning
poses us with a genuine risk. If we desire a truly peaceful and prosperous society
we are going to have to inculcate the habit of thinking critically because no pre-
existing model of governance and economy has produced genuine and inclusive
human progress.

Disclaimer: The opinions expressed in this article are the author’s own and do not reflect the views of the publisher