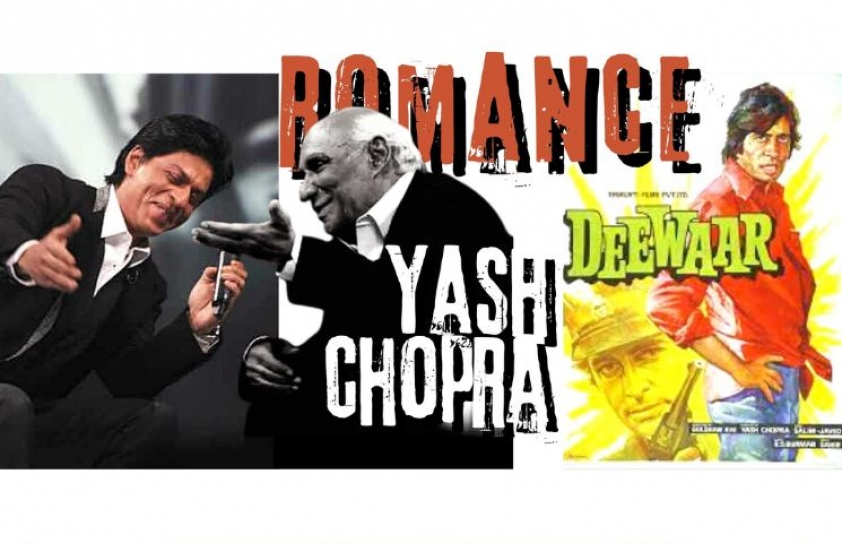 On his 90th Birthday, last week, Monojit Lahiri pays tribute to the flamboyant and trail-blazing filmmaker for whom love, romance and ishq made the world go round and who declared Jab Tak Hai Jaan, Mohabbat Zindabad!

Forget how the late Yash Chopra came into the industry (riding on his eminent and gifted big bro, BR Chopra's shoulder and banner) even assisted IS Johar (my god!) for a while before hot-footing it back to Bhaisaab. Forget the early films he directed, Dhool ka Phool and Dharamputra, toeing the "socially relevant and meaningful" line that defined the BR mantra and cut to Waqt.

The WAQT was the mid-sixties and this full-on escapist, entertainment-driven, big-budget, gorgeously-lensed, multi-starrer with glamorous stars, lost and found theme, romance, masala, thrills, packaged in a mind-blowing manner, took every single viewer by storm! A riveting, multi-layered story, cleverly blending old-world values with modern life-style statements, Yashji clearly scored big in the romantic scenes - especially the ones featuring the flamboyant Sunil Dutt and the OMG Sadhana! In some fashion, it set the tone and tenor of the YRF brand.

Little wonder that when he broke away from big bro's BR camp to start his own, YRF, he started with a 40 carat, love story, Daag. Powered by a cast to die for and suitably controversial, Rajesh-Sharmila-Rakhee, with the two Bengali ladies not wild about each other, the film was a great success and torpedoed Yash Chopra, his banner and his celebration of screen love to another planet! 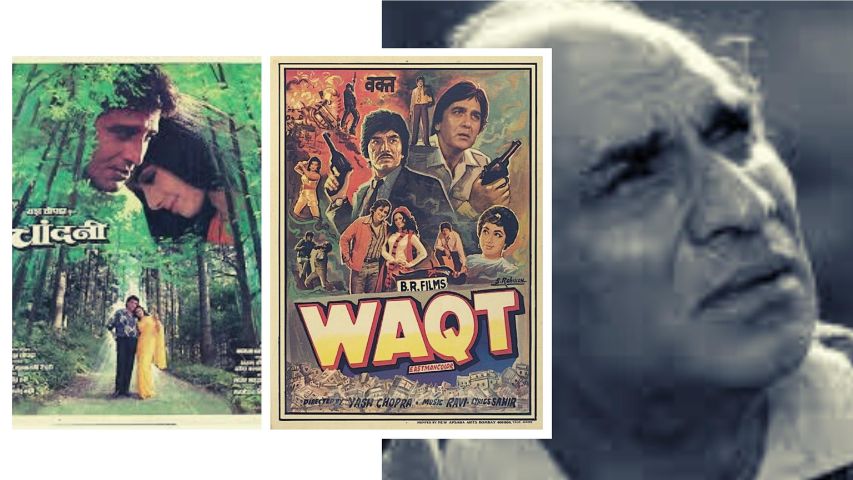 Interestingly, while he continues to be labeled as the creator of the Angry Young Man, Deewar, Trishul, Kala Patthar, discerning Yash Chopra watchers will beg to differ. While these movies were certainly spot-on in terms of production values, casting, detailing and craft, they were clearly Salim-Javed creations. Story, screenplay and dialogues, especially in these films, formed the soul of the narratives and Yash Chopra never failed to acknowledge the huge contribution of these two master script writers in their success. In all truth, it was these two who, from Zanjeer, who transformed a talented but unlucky, loose-limbed loser to the towering inferno, symbolizing the day and age's Angry Young Man! However, it was Yash Chopra, and him alone, who transformed those fists of fury and that mouth that uttered bitter explosive and cynical lines into reciting heart-stopping poetry of love and longing that caressed the heart as it soothed the soul.

Both Kabhie Kabhie, which incidentally was reportedly shot alongside Deewar, and Silsila, were emotion-charged cries from the heart of a true-blue romantic.

The eighties found him, suddenly, out of sync with a time when Govinda and the Kader Khan-Shakti Kapoor brand of vulgar, low-brow fare passed off as mass entertainment. Violence and mindless multi-starrers, too, entered the frame totally confusing this old world, romance-obsessed majnu. In an effort to move with the times, he did try and experiment with the films Faasle, Mashaal and Vijay, but they didn’t quite make the cut. Typically, at the end of a disastrous decade, it was a love-story Chandni with Rishi Kapoor, Sridevi and Vinod Khanna that brought him zooming back into focus. Lamhe, that followed, was a hugely celebrated critical success, way before its time, which was followed by an unusual love-driven thriller that was truly path-breaking! 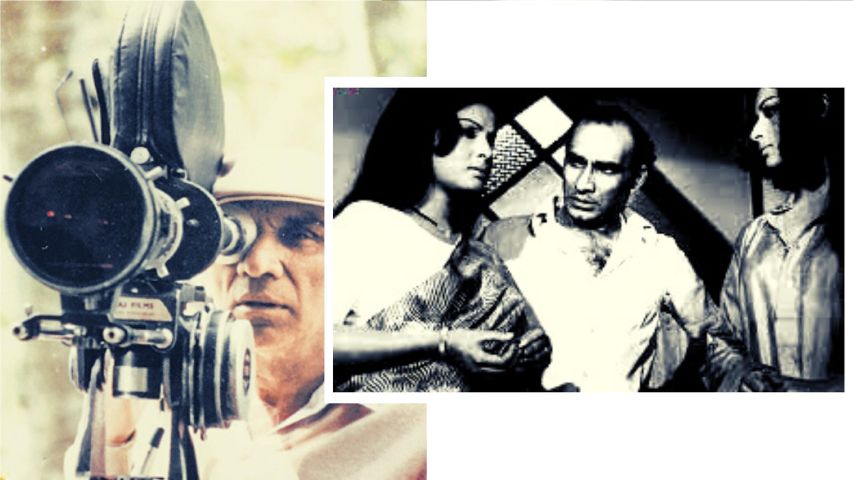 Darr introduced a new anti-hero in the shape of Shah Rukh Khan, the new permanent fixture in the YRF camp! A super smash, Yashji, like he earlier did with the Big B, next transformed this intense young actor with fiery eyes, rat-a-tat dialogue delivery and volcanic energy into a romantic hero par excellence when he oversaw his son Adi’s first directorial venture Dilwale Dulhaniya Le Jayenge. A youth anthem today, DDLJ broke most records in the book to stand out as something special, unique, a text book for young lovers wherever on earth it was shown.

He quickly moved in for the kill with another show-stopper, Dil Toh Pagal Hai, which slammed the target, bang-on. SRK with the magnificent Madhuri, captivating Karishma and music to drive you nuts, this romantic triangle (with the usual YC trademark moments) consolidated the YC-SRK jodi big time! He returned with another spectacular cross-border romance Veer Zara (SRK, Preity Zinta, Rani Mukherjee) and then took a break to return for his swan song, so fittingly and poignantly titled Jab Tak Hai Jaan.

Along the way, Yash Chopra produced tons of other films, gave breaks to several young, new directors and created an amazing revenue-model that brilliantly synergized art with commerce. Today as we salute the memory of this die-hard, hard-core romantic who so successfully blended punjabiyat, old-world values with rare aesthetic sense, as demonstrated through his love for Sahir, Javed Akhtar, Gulzar and Urdu poetry, and yet unfailingly connected with every generation past or present, we remember what he always taught us… that true love (like Yash Chopra) never dies.