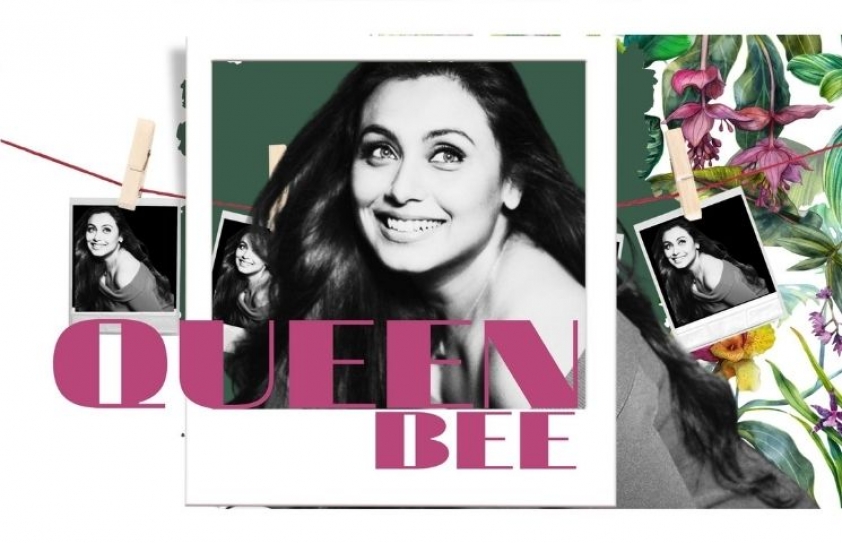 Rani Mukerji in a light-hearted banter with Khalid Mohamed.

Back in the last century, in 1996, in her teens, she made her debut in a sidebar role in her father Ram Mukerji’s Bengali film Biyer. Next, she made her Bollywood debut in the Salim Akhtar-produced weepy Raja Ki Aayegi Baarat, which dealt with the subject of rape. Although the melodrama crashed at the ticket windows, I remember both Aditya Chopra and Karan Johar emphasising that she was a “major actor”. Stardom would be hers, they had predicted on-point.

And with the super-successful badge attached to her performances in Vikram Bhatt’s Ghulam and in an empathetic role in Karan Johar’s Kuch Kuch Hota Hai, the coniac-eyed actor had arrived and paired with all the three Khans, Shah Rukh, Salman and Aamir. Some downers, many uppers later, Rani Mukerji, within a swift span, had hit a score of over 35 films and was even spoken of as the Heroine No 1. Then a somersault. She became associated closely with the Yash Raj banner and her cell phone number became a national secret.

Aditya Chopra had to bide his time for his divorce from his first  wife, Payal Khanna, before he married her in 2014 at a quiet ceremony in Italy. They have a daughter named Adhira. Now, of course Rani is  described as the Boss Lady of Yash Raj Banner’s sprawling studio at Veera Desai Road, Andheri. And post-marriage has appeared in handpicked roles in women-centric films for the production house, notably Mardani, Mardani 2 and Hichki, and the higgledy-piggledy entertainer Bunty aur Babli 2.

Here’s a harback to excerpts of a conversation with Rani Mukherji on fame and fortune and everything in between: 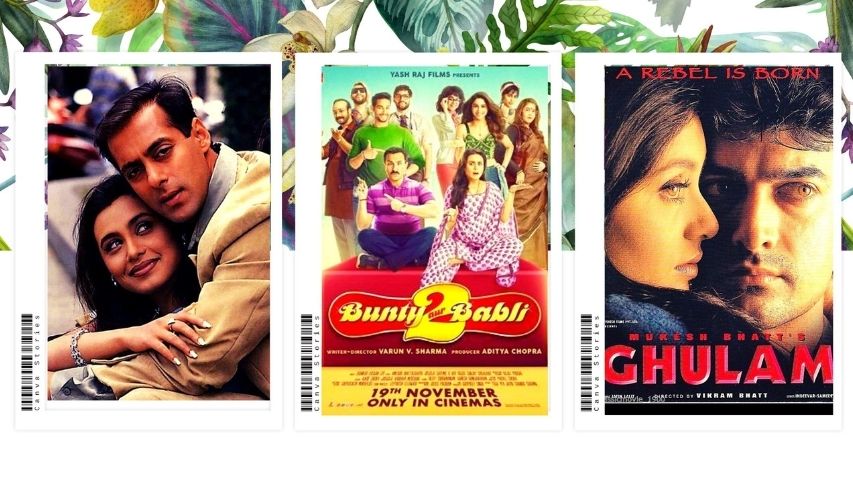 Did you ever strive for a Heroine No 1 tag?

It’s a number that’s given to you when your films are acknowledged as whopper hits. And it’s taken away when they aren’t. The term’s not to be taken too seriously. I’ve been given all sorts of tags from the Queen of Hearts and Queen Bee to the Aati Kya Khandala Girl. Lekin sach kahoo. You asked me about that No. 1 tag, not me… and I like your question. I’m flattered.

Most stars pooh pooh awards. Do you? And were you disappointed when Sonali Bendre won the Best Newcomer Filmfare Award over you in Raja ki Aaygi Baarat?

I’d be a hypocrite to say that I don’t love winning awards. When I didn’t win the Best Newcomer Filmfare Award, I felt awful. I was depressed for a few days but then I got over it. In any case, I went on to win seven Filmfare Awards subsequently… and was even nominated 12 times. It’s great to win, but when you’re nominated and go back home empty-handed, I take that in a sporting spirit.

Do you feel depressed when other actors bitch you out for playing a woman over 40… as you did in the last segment of Black?

No, no, I take that as a compliment. To carry off the role of a woman in various phases of her life, from 14 and 24 to 40, isn’t exactly child’s play. Black devoured me, I was totally consumed by it, it was tough to carry off. Whenever I felt insecure about doing a certain scene, Sanjay Leela Bhansali would calm me down, and would console me with the words, “If you can’t do it, who can?”

Didn’t you nix Mira Nair’s The Namesake, because you’d have had to portray the mother of a grown-up man? Even Abhishek Bachchan had backed out.

I don’t know about Abhishek but I couldn’t do The Namesake because its shoot overseas was clashing with that of Karan Johar’s Kabhi Alvida Na Kehna. I would have loved to add a Mira Nair film to my filmography, and especially because the role was of a Bengali woman. Really, there was a date clash, it is not as if I am making excuses. Today, I really don’t think I have to be a hypocrite and apologetic. 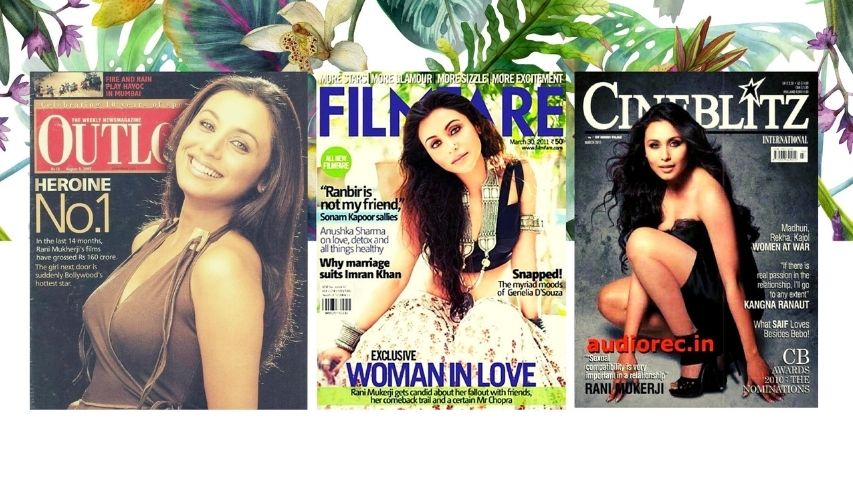 Did you always want to become an actor?

I started off as an actor when I was just out of school. Cinema wasn’t on my career agenda at all. If the movies hadn’t happened, I would have been a jewellery or fashion designer, maybe I’d have been into interior designing. I didn’t feel good-looking or talented enough to be in the film industry. Whatever I’ve achieved is because of  work, work, work and discarding any self-doubts if they popped up, and the support of my parents.

See, I’ve been through huge ups and crashing downs, I was bitched about behind my back, which after a point stopped bothering me thanks to my family and my friends… Karan (Johar), Aamir Khan, Anil and Sunita Kapoor, Sanjay (Leela Bhansali), Salman Khan and Shah Rukh Khan.

When I started acting I was merely 16 or so. I was criticised for my height (5 feet 2 inches). Neither were my voice and looks spared. To be honest, I was worried about my voice, I had a stammer as well, which I worked day and night to straighten out. My mother would say, as long as you can act and you believe in yourself, the same people who’re badmouthing you will be after you desperately to act in their films. “Desperately”, I wouldn’t agree with, but yes, after Ghulam, the badmouthing stopped automatically.

You’ve acted with all the three Khans. In a word, how would you describe Shah Rukh Khan? 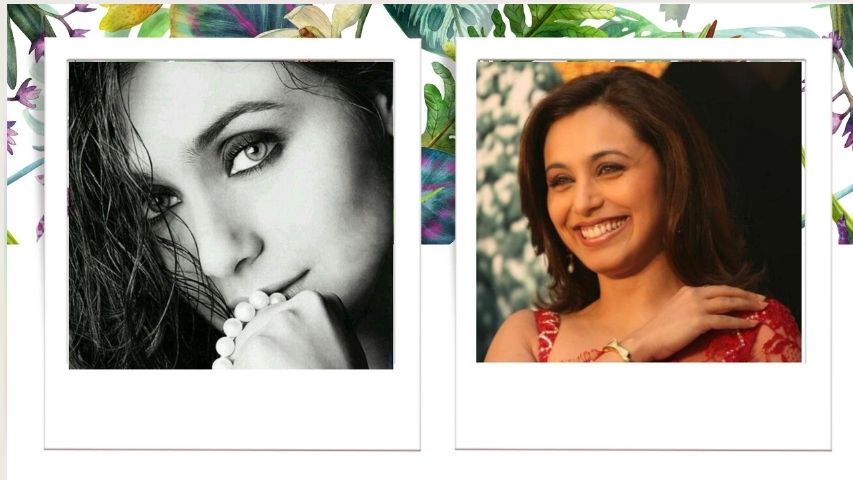 Have you felt uncomfortable about kissing scenes?

(Smiles) What! I’ve done two-and-a-half of those scenes… half with Saif Ali Khan in Hum Tum, one with Kamalji (Haasan) in Hey Ram, and one with Abhishek in Yuva. There’s nothing wrong with a kissing scene… it’s natural… beautiful. I don’t have inhibitions about kissing scenes at all. If most of the world’s actors can do it, why can’t we?

Hello, but you haven’t mentioned the kiss with Amitabh Bachchan in Black.

(Pause) That was so… so on a different level really. Frankly, I was very nervous about that scene with Amit Uncle. I took extra care to brush my teeth the morning the scene was shot.

Besides Amit Uncle, do you feel okay about acting with older-in-age heroes.. like Anil Kapoor (Calcutta Mail)?

If I can do a film with Kamal Haasanji, why not Anilji? A role is a role.

You’ve acted in quite a few films with Govinda… and there were rumours…
Stop, I know, I know. I think he’s one of the best artists of our country… but I’m not doing any films with him anymore… we haven’t been in touch at all.

There was talk at some point that along with your brother Raja, you would get into producing films in the future?

(Taken aback) Really? Where did that come from? 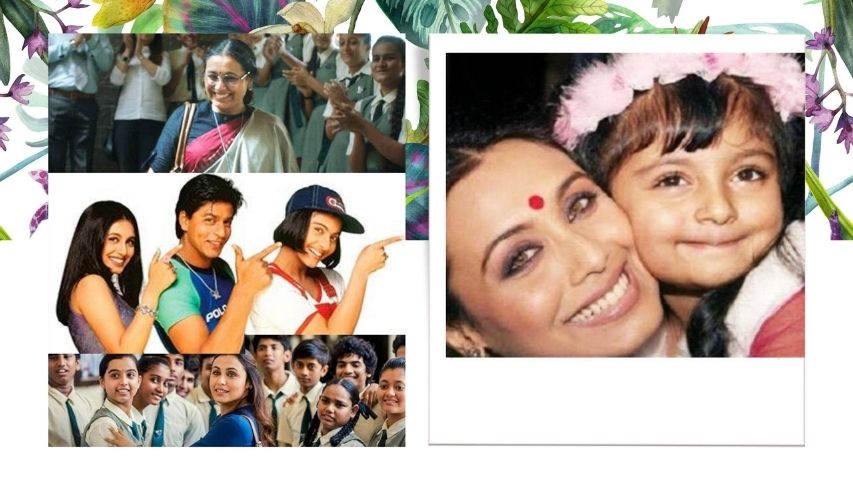 Well… it’s simply that film production could be on your agenda in the future.

(Animated) If at all I get into production, and that too in the very distant future, it’ll be producing babies. Every girl dreams of that - my parents have tried to match-make me so many times.

Even before I joined the movies, there was this thing about fixing my marriage but mercifully I avoided those matchmaking sessions smoothly.

What sort of a guy do you relate to?

With someone who doesn’t bitch.

Who are the most important women in your life?

My grandma Aarti, my mum Krishna and my maasi Purnima Lahiri.

Okay, which three films have been an influencing force?

My father’s Leader with Dilip Kumar, then Padosan… and Titanic.

(Laughs) No one invites me on a trip to Khandala anymore.