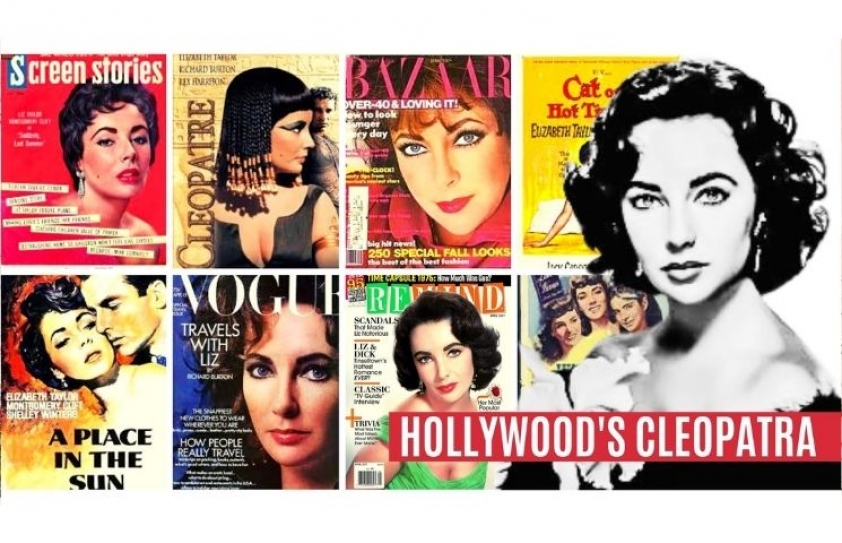 When Elizabeth Taylor exited from sight to memory on March 23, 2011, the world of entertainment and showbiz lost a dazzling presence that neither age can kill nor rival steal. Very few movie stars in celluloid history become cultural artefacts that transcend temporal value judgement and hectoring of self-styled moralists to inspire, entertain, endorse, preach, titillate, stoke and inflame populist/collective imagination as Liz Taylor did.

Part engineering, part instinct, part destiny, part simply the single-minded pursuit of hedonism, Taylor enjoyed living on the wild side to embrace a larger-than-life persona and queen-sized fame that set the GOLD standard of stardom! Such was her mesmerizingly colourful profile, the media, forever, found it to be mouth-wateringly juicy material for soap operas, scandal, controversy, tragedy, even myth, everything totally audience-driven and market-friendly. A creature of headlines and tele-photo images, Lizzie-baby was eternally perceived as an irresistible object of desire, a woman of insatiable lust for life, a person of true-blue gutsy candour and courage.

She was totally one of a kind. Unlike today’s stars who concoct their lives for public consumption, stardom came easily to Elizabeth Taylor. She seemed to have a natural affinity for the romance of life and living. She possessed an uncanny knack of being able to fascinate, scandalise, provoke and disrupt. Quipped a dazed Richard Burton, in the early days of their (scandalous) romance, “My god, I didn’t know she was so BIG! She knocked Kruschev off the front page!!” 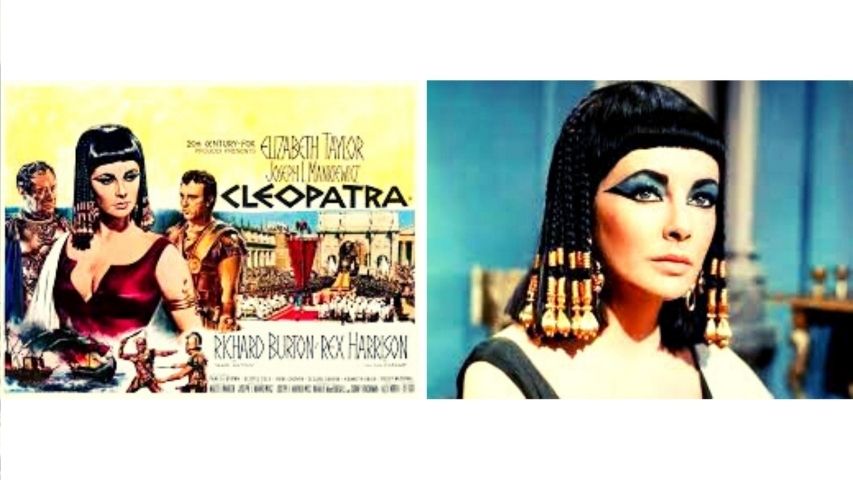 For the legendary luminary who once famously stated, “I don’t pretend to be an ordinary housewife,” life did indeed resemble a blockbuster movie script. Starting as a child star in There’s one born every minute (1941), Liz Taylor first struck gold in National Velvet (1944). The iconic film critic James Agee, even at that early age, thought her to be “rapturously beautiful… I hardly know or care whether she can act!” Ironically these very words seemed to forever haunt the public mind - Directors, Studios, Critics, audiences - endlessly disturbing the actress and forcing her to go the extra mile to prove her acting abilities. Taylor’s last child-star was her turn in Little Women (1949), which fired big at the BO and got her on the TIME cover, hailing her as “a jewel of great price; a true sapphire!”

While her first adult role was in a thriller, Conspirator (1949), it was Place in the Sun (1951), Giant (1956), and Cat on a hot tin roof (1958), that established Liz as a force to reckon with. With Suddenly Last Summer, she won her third academy nomination and first Golden Globe for Best Actress. You really can’t keep a real talent down for long. With Butterfield 8, she scooped up her first Academy Award. So the beauty was no dumb bimbo, wall flower or eye candy. She was a damn good actress! 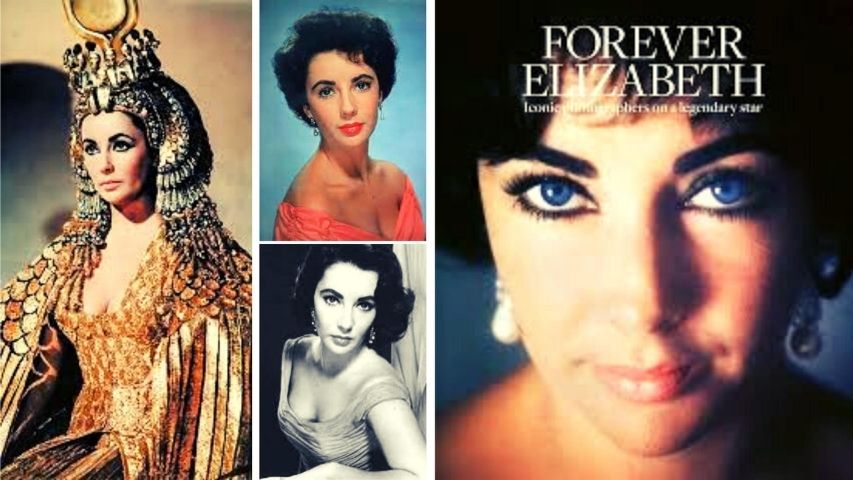 Then came the life-transforming game-changer: Cleopatra and Richard Burton. The most expensive movie ever made, Liz Taylor played a starring role both on and off the screen. She became the first actress, in 1962, to charge the mind boggling fee of US $1 million! At the final cost of an alleged US $62 million, Cleopatra was “the most expensive, talked about and written up movie in the history of cinema.”  Topping it all and lending it the spice, controversy and scandal was “the most public love affair in celluloid history.” Taylor’s extra-marital, torrid romance with the married, Welsh, theatre luminary Richard Burton, had the world paparazzi invade Rome, where Cleopatra was shot, by the plane loads.

It created screaming headlines with new developments occurring/created each day, giving the studio, 20th Century Fox, the kind of free publicity money couldn’t buy. Near death and alleged suicide attempts by a distraught and madly-in-love Taylor, issues between the legally married couple, declarations, quotes, denials, all zoomed the film to become 1963’s biggest box office grosser. It ended with Liz getting closer to the canny Welshman and both becoming the hottest property in terms of star-billing and moolah. They were soon married, divorced and remarried and re-divorced! No dearth of drama for the enchanting E!

During her Burton phase, she did the VIPs (1963), which clicked, but the big one was Edward Albee’s Who’s afraid of Virginia Woolf (1966). Putting on weight and a wig to portray a deglamorized, screeching Martha, forever battling her hubby George (Richard Burton), it was a cathartic, ground-breaking performance, which rightly fetched Taylor her second Oscar. Alas, what followed was a gradual decline, be it Dr. Faustus, Taming of the Shrew, Sandpiper or Reflections in a Golden Eye. 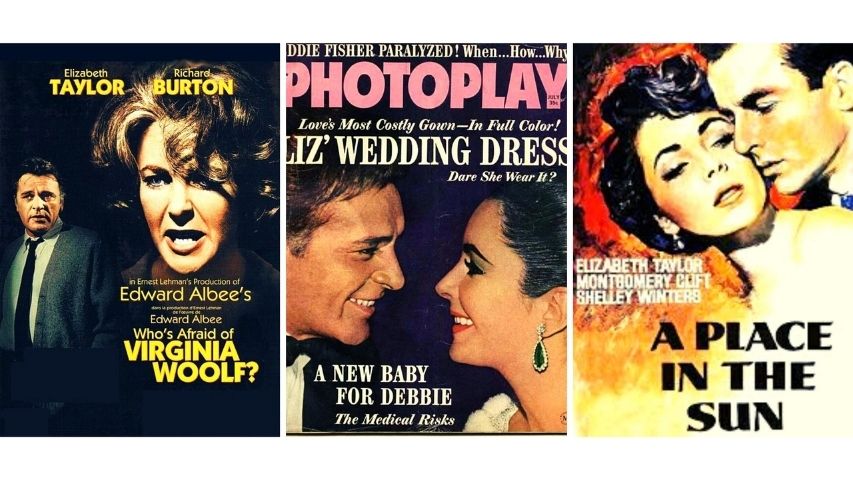 With new, young actresses on the horizon, Jane Fonda and Julie Christie, leading the way, the end of the sixties really marked the end of her starry career, when she ruled the BO. Most of her subsequent films, Boom, Secret Ceremony, The Only Game in Town, flopped. Among other films, Hammersmith is Out, her tenth collaboration with Burton, fetched her good reviews and the Silver Bear for Best Actress at the Berlin Film Fest. She moved to Stage and TV, where her aura preceded her, but how long could the older fans and publicity sustain her longevity as a celebrity? She kept rolling them out with some amount of modest success. In 2002, she finally announced her retirement from acting to devote her time to other activities. In the year 2000, she was honoured with the prestigious title of a DAME by Queen Elizabeth.

Taylor had a finger in a number of pies: HIV AIDS activism, Fragrance and Jewellery Brands, Philanthropy. Married seven times, twice to Burton, and with a collection of jewellery that dazzled the world, Elizabeth Taylor truly was the LAST STAR. The only star to be discussed by scholars interested in the role of women in Western society, Taylor was perceived as a “pre-feminist woman” who wielded sexual power that feminism cannot explain and has tried to destroy. It is through stars like Taylor that we sense the world-disordering impact of legendary women like Delilah, Salome, Helen of Troy…

Undaunted in her flamboyant journey through life, Dame Elizabeth Taylor remained the consummate Movie Queen, Hollywood’s ageless Cleopatra, fulfilling the glorious, glamorous fantasies for all those drawn to darkened movie halls, forever wanting to reside in that magical never-never land of happy-ever-after…

In the land of the capitalists

Their Little Secret: Murmur of the Heart

Silence: The language of God