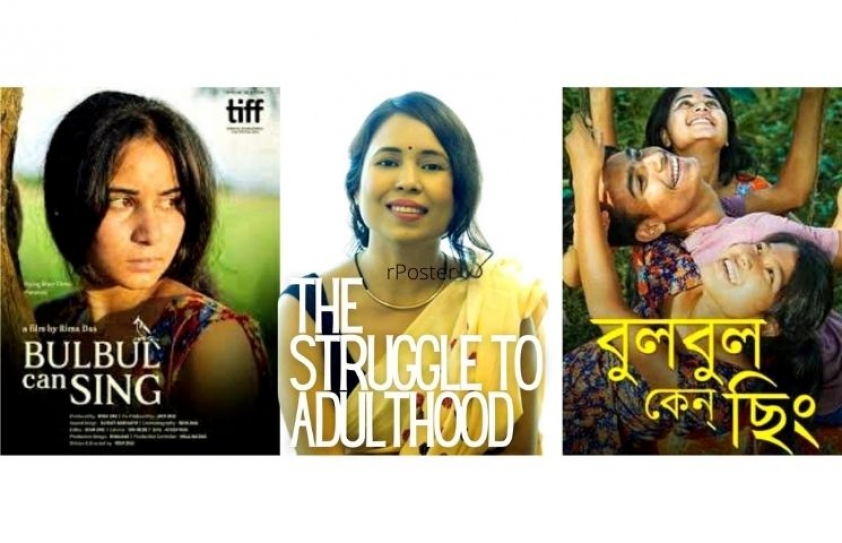 The uphill struggle to adulthood

A critical analysis of Rima Das’s Bulbul Can Sing (2018) by Dipankar Sarkar.

With her third outing, Rima Das has honed a lyrical, realistic cinematic idiom that considers the viewers as intellectual participants. Her sparse narrative economy, ambient sound design and pristine digital images call attention to the virtuosity of filmmaking. She brings an aura of authenticity to the situation and the world where the characters of the film inhabit. The cinematic verisimilitude that she had ingrained with her sophomore, Village Rockstar (2017), continued to flourish with Bulbul Can Sing. The narrative approach in her film gives us the feeling of cinema verite. The grounded stories based in reality confirms Rima’s stronghold not only as a humanist storyteller but also as an expert in extracting natural performances from an amazing non-professional cast.

Bulbul Can Sing narrates the coming of age tale of three friends, Bulbul (Arnali Das), Bonny (Banita Thakuriya) and Suman (Manoranjan Das), who live in a village in rural Assam, unbound by the fretting thoughts of stepping into adulthood. But little are they aware of the fact that the society where they intend to prosper is bigoted, conservative and driven by conformity and biases. The elders of the society are not accustomed to socially permitting the unfettered flight of the younger generation and would prefer to clip their wings to preserve the society’s moth-eaten slant on socially accepted conventions. 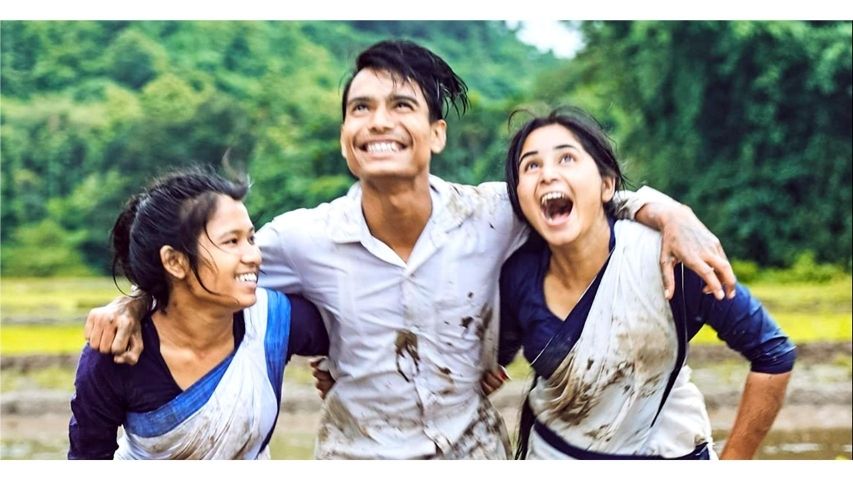 Right from the outset, Bulbul Can Sing elicits a kind of fascination in the viewer's mind with its unblinking look at the adolescent characters that have still not reached a period in their lives when they should pay heed to the vagaries of life. They prefer to live a life free from anxiety and familial responsibilities. The school becomes a preferred surrounding where these young people spend time jovially, develop close bonding with individuals from the opposite sex, partake in pleasure of preparing for cultural events and at the same time take an active and serious interest in their studies. Most of the screen time is spent in showcasing moments of camaraderie between Bulbul, Bonny and Suman. It is interesting to note that Suman is gay by nature and so his girlish behaviour allows him to be a close confidante of Bulbul and Suman.

The bonding they share transcends the barriers of societal restrictions. Such relationships can only blossom when individuals are the living embodiments of innocence and not consciously influenced by societal strictures.

Bulbul Can Sing is resolute in its grounded views of such relationships and introspection. Das has genuinely revealed these characters through their conversations and behaviours as if they are standing beside us. These are not just characters projected on the screen but fully realized individuals who feel like they existed before the starting of the film and will continue to exist in our minds even after the end credits.

At the beginning of the film, Suman warns Bulbul not to let her hair down because that will attract a ghost who will possess her. Though we understand that Suman is being superstitious, it presents the viewers with a hint of premonition of the distant danger within the narrative. Bulbul is growing up into a pretty girl and her beauty is attracting unwanted attention from men. In one of her rides to her school in a three-wheeler tempo, she gets infuriated when a co-passengers ogles at her.

At school, the English teacher slyly asks her to meet him during recess for grammar classes. At the same time when Bulbul is sharing a moment of affection with Porag in a secluded space, her behaviour is not condoned by some of the youngsters of the village. They mercilessly whip her with a stem and forcefully assert their superiority in enforcing a code of morality. Even Bonny and her lover are not spared from such atrocious acts. So, more than the ghosts it is the gruesome attitudes of the mortals that Bulbul and her friends should have thought of beforehand. 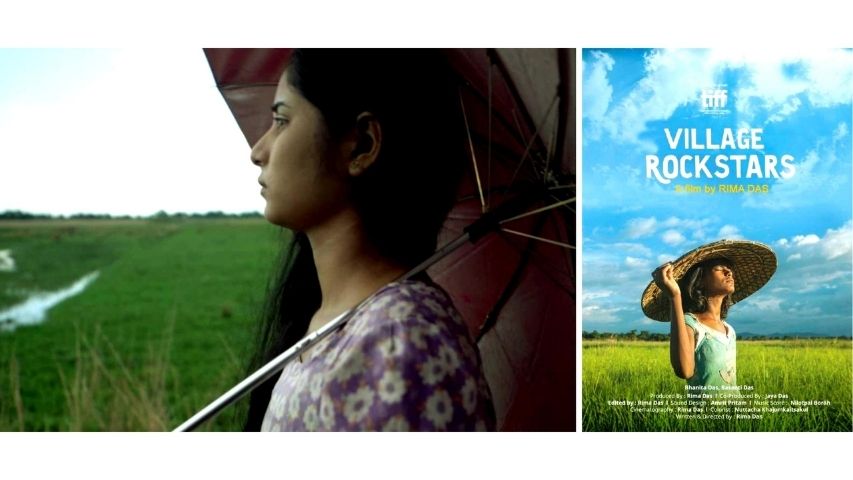 Bulbul has a melodious voice but she lacks the confidence to sing in front of the public. When her father takes her to an audition at the singer’s association, she gets rejected on grounds of lack of practice. Her father's dream to get his daughter selected as a part of the choir is not fulfilled. Bulbul fails to live up to the expectations of the music teacher, while rehearsing with her classmates for the cultural event in her school. Bulbul’s incompetence to sing confidently in front of others lowers her morale.

In another scene, when the music teacher of the school rebukes Bonny, she is surprised to discover how a girl who could sing so well is so irresponsible and immoral. Through the prism of songs, the filmmaker depicts how singing becomes an important element in the film associated with the identity of an individual.

Later in the film, as the rain cleanses the bitter memories from Bulbul’s past, she sings wholeheartedly in the sequestered comforts of the forest. Now, she does not have to prove her capability to anyone. She has witnessed the adversities of her life unfolding before her like an evil omen. She undergoes an emotional transformation, from an active and outgoing adolescent to a grief-stricken young lady, where the use of songs metaphorically depicts various stages of her life.

The village where these adolescents metamorphose into adults is inundated with elders and their discriminatory decisions invariably affect the lives of the three friends. When Bulbul and her friends were caught having a private moment with their respective boyfriends in school uniform, the news channel reached the school premises for a scoop. Hence the higher authorities of the school are irked. They are concerned more about the reputation of the institution than the future of these innocent students. Instead of giving them an opportunity, the school authority believes in setting an example by expelling the culpable students. Bonny’s suicide not only brings an untimely end to an innocent life but also shatters the equilibrium of Bulbul’s world, including her friendly relationships with Suman and Porag.

Bulbul Can Sing is a simple, stark story about life and death, society and constraints. The film is neither didactic about the evils of conservatism in our society nor does it turn Bulbul’s survival into jubilation. Bulbul’s journey in the film is a sad reflection on the society that was supposed to protect and take care of her. The strength of the film lies in establishing the continuous fight for the survival of a young woman caught in her personal tragedy.