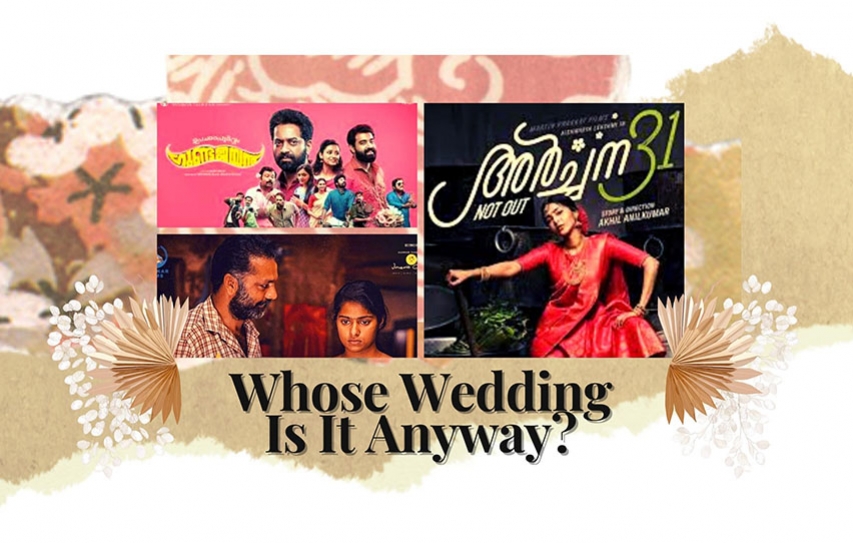 What is between recent popular Malayalam flicks and the wedding eve ceremonies in the bride’s house, asks Janaky Sreedharan

Curiously, this event has become a common trope with varying results in movies released in the last two years. Marriage has always been an ideal setting to satirize a society’s conflicts, hypocrisies and double standards. But here we go one step further as scripts zoom in on the hapless miserable plight of the bride whose wish or desire is trampled upon and the wedding is fixed to honor the patriarch, be it the father, uncle or the brother. The spotlight falls on the girl, her agency and autonomy. Does this mark a wakeup call to the absurdity of the girl’s lack of voice in a life decision, which involves her more than anyone else?

Even as Kerala’s film buffs are arguing heatedly on the merits and demerits of overtly political films like ‘Puzhu’ and ‘Pada’, I would like to speak a little about a few unassuming films that left us mulling over interesting thematic shifts in Malayalam popular cinema. They may not have made any radical or sensational statements in terms of content or form but they may be noted as significant engagements with the institution of marriage and the role of the bride as a decision maker in the whole game. These films do indicate the subtle changes happening even in conventional homes, opening inescapable questions of female choice. Seemingly lighthearted entertainers, they sprout from the spaces unraveling within families to negotiate new patterns of gendered behavior.

Thinkalazhcha Nischayam (Engagement on Monday, 2021) directed by Senna Hegde, revolves around all the noise and bustle in the bride’s home as the men run around to muster funds and the women are back-breaking busy in the kitchen cooking and feeding all the random people who feel free to enter the happening house. Set in a small town in Kanhangad this film, which has won the state award for its story, focuses on the crucial eve of the betrothal ceremony where every other family member is in a festive mood except the bride. Billed a comedy film, the plotline lends itself to dark humor and pathos despite the surface hilarity.

Upacharapoorvam Goonda Jayan (Courteously Goonda Jayan, 2022) directed by Arun Vaiga is yet another film, which works around a similar theme though the plot unfolds on the eve of the wedding. Jayan is an ex-goon who has decided to turn respectable by responsibly conducting his niece’s wedding in its entire conventional splendor to make himself an acceptable patriarch once again. But the heart of the niece lies elsewhere and in the midst of all the gaiety runs a streak of fear and threat. Once again through a neat sabotage engineered by the bride’s friends, the marriage plans are torpedoed in the girl’s favor. The film unfolds like a neighborhood wedding, which the spectator is invited to but that seamless continuity is in a way ruptured by the final unexpected turn. 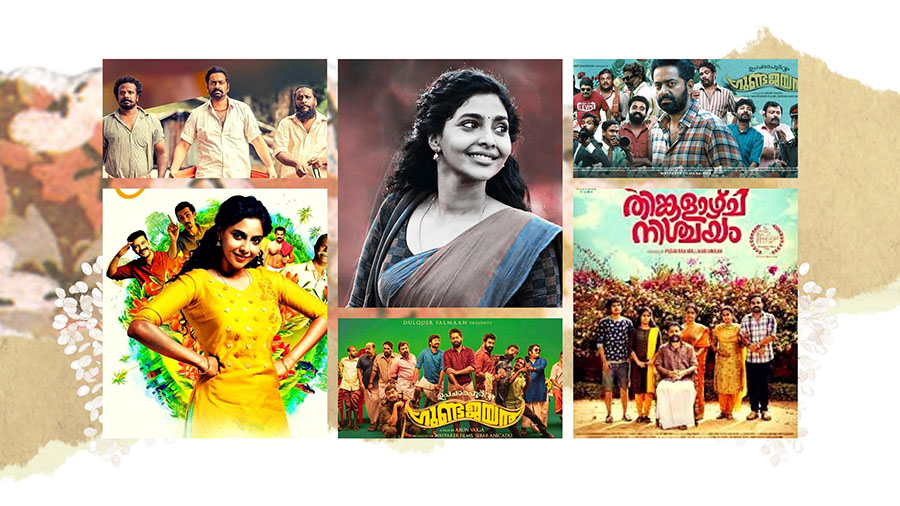 Archana 31 Not Out directed by Akhil Kumar is centered around a young woman, unmarried and in her thirties, which is unthinkable in the hinterlands of Kerala. Here the script makes Archana her own wedding planner, raising resources and organizing the festivities with a mind boggling efficiency as she is the sole earning member in her family. Unlike the other two films the bride is not a bashful, scared girl but a woman with tremendous initiative, spunk and intelligence.

Aiswarya Laxmi as Archana totally owns her story. Although the film’s pace sags often, the finale comes with a thumping twist as the girl decides to celebrate a wedding, which is not to be. Her fiancé cheats her and elopes with his lover. The bride clad in the regular wedding finery takes hold of the mike and makes a fiery speech exhorting the guests to celebrate a cancelled wedding!!!

In all these films, the camera moves initially like a typical wedding videographer - racily skimming over the camaraderie, jokes, flirtations, furtive drinking bouts and gossip sessions. Only to come to an uneasy pause on the brooding bride, alone with her strangled desire and emotional alienation. The contrast between the festive mood among the family and the misery of the girl is at once stark, pathetic and hilarious.

These films do not claim to be blockbusters nor do they brag of megastars and heroic feats. But they make heroes and heroines out of the dust and grime of everyday lives and the biggest drama of it all -marriage. In the history of popular cinema, which has been regularly dishing out pleasant comedies within the usual patriarchal formula of innuendoes and sexist jokes, they attempt the impossible with a difference. They make us laugh at ourselves and not at the expense of women. Comedy as a genre can never be underestimated as humor is one mode through which a society comes to terms with changing realities. And the women actors get enough screen time to showcase their acting skills in both Archana 31 Not Out and Thingalazhcha Nischayam.

While the regular Malayali society is baring its ethnic, caste/class prejudices with its own forms of honor killings, dowry deaths and transgender suicides, these films in their own humble way are trying to map a new desire, a yearning to give birth to a different gendered world order. They deftly subvert the stereotyped images of family values popularized by the world of cinema itself. The scriptwriters exhibit a rare sensitivity to the pressure on the girl to get married despite her educational qualifications or professional competence.

These modest films without getting too preachy are prompting a society to wake up to the independent minds of girls living in places far from the affluent, urban or cosmopolitan spaces.

Women in Cinema Collective: A Work In Progress