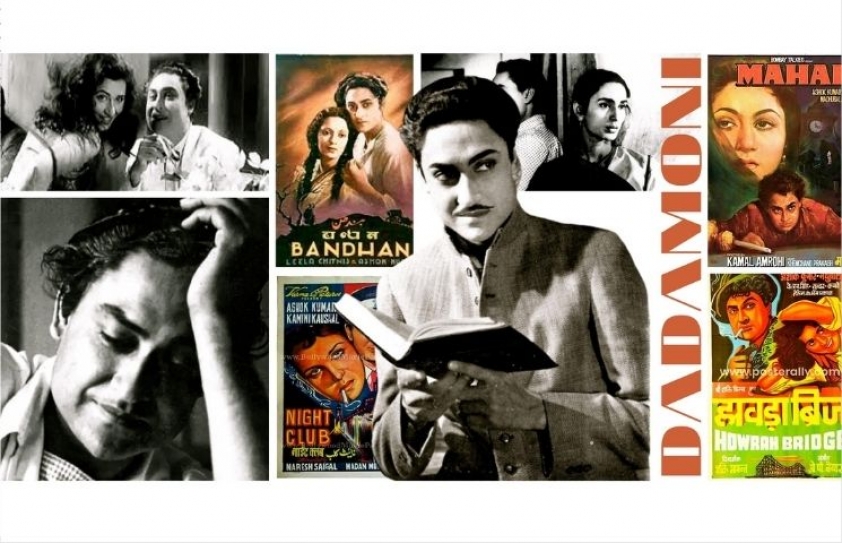 Monojit Lahiri’s take on Dadamoni: The life and times of Ashok Kumar by Nabendu Ghosh.

This book, published by Speaking Tiger Books, is a very important book for several reasons.

One, to remind large sections of today’s tunnel-viewed Bollywood junkies that it was Ashok Kumar who first paved the way, breaking boundaries and building bridges to connect yesterday’s legendary Bombay Talkies to today’s glitzy Bollywood.

Two, to inform Bollywood-watchers that beyond the magic and mystique that continues to be associated with the fabled trio of yesteryears, Dilip-Dev-Raj, was an iconic actor who was their acknowledged and certified senior and guru, Ashok Kumar! Movie folklore has it that during the marriage ceremony of Raj-Krishna Kapoor, when word went around that Ashok Kumar had arrived, the bride rushed out to join the besotted fans to have a glimpse, leaving the groom dazed!

Three, however due to a lack of ‘charisma’ and ‘scandal/notoriety’ value, Ashok Kumar never scorched the headlines as the other three. He didn’t need titillation, controversies or gossip-driven buzz to power his brand. As a focussed professional, he was both secure and content to concentrate on his work and let it do the talking.

Four, unlike the other three legends, he never had a ‘fixed image’ and could therefore seamlessly blend into Hero, Villain (Jewel Thief), even comics (Victoria 302, Chhotisi Baat, Chalti ka naam Gaadi) with ease.

Finally, this book is unique and definitely a first for the perspective it provides through three significant catalysts: Daughter Bharati, close friend, associate, renowned award-winning author and writer, (late) Nabendu Ghosh and respected journo, editor, art/film critic and curator Ratnottama Sengupta.  Few insiders are more qualified to trace the dramatic high’s and low’s, ignited with fascinating back-stories, anecdotes, incidents and  happenings than these three, due to their close proximity to the evergreen legend. 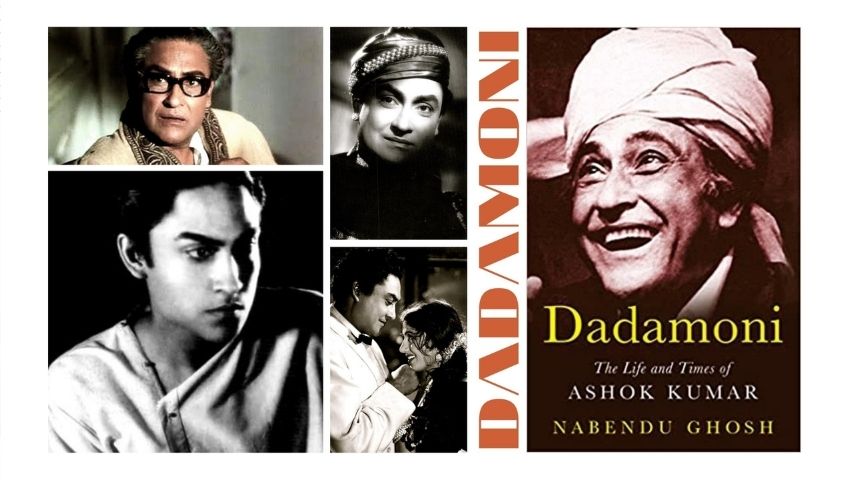 A must read for all curious and interested to know about a person who was the first definitive actor-star of Hindi Cinema and whose fascinating voyage from nowhere land to centrestage was indeed the journey bridging yesterday’s Bombay Talkies to today’s Bollywood.

Ashok Kumar (1911-2001), fondly known as Dadamoni, is one of the great icons of Hindi cinema. This warm, intimate biography traces his remarkable journey, from reluctant actor to Bollywood’s first superstar and, in his later years, a much-loved presence on national television.

Born in Bhagalpur (then in the Bengal Presidency), Ashok Kumar was enthralled by the ‘bioscope’ as a child. In his twenties, he quit his law studies and came to Bombay to become a film director. But life, rather Himanshu Rai, the founder of Bombay Talkies, had different plans for him. Despite the director’s reservations, he was cast in the lead role opposite Devika Rani in the 1936 film Jeevan Naiyya when the original hero went missing. The same year, Ashok Kumar was paired with Devika Rani again in Achhut Kanya, which was a blockbuster.

The transformation of the accidental hero into a charismatic star-actor had begun. Over the next six decades, he proved himself to be a master of the craft, playing cop and thief, genial grandfather and sly matchmaker, villain and hero, heartbroken lover and suave rake with equal ease in numerous films, including Kismet, Mahal, Parineeta, Kanoon, Gumrah, Chalti Ka Naam Gaadi, Aashirwad, Mamta, Jewel Thief, Khoobsurat and Khatta Meetha.

But, as Nabendu Ghosh writes, Ashok Kumar’s world was much larger - he was also a charming conversationalist, mentor, homeopath, astrologer, painter, linguist, limericist and, above all, loyal friend and devoted husband and father.

This book is also a mini-history of the early decades of Bombay’s Hindustani cinema, and its pages are rich with anecdotes featuring legends like, besides Devika Rani, Saadat Hasan Manto, Sashadhar Mukherjee, Leela Chitnis, Dilip Kumar, Dev Anand, Meena Kumari and B.R. Chopra. Sarojini Naidu and Jawaharlal Nehru make brief appearances too, as does Morarji Desai.