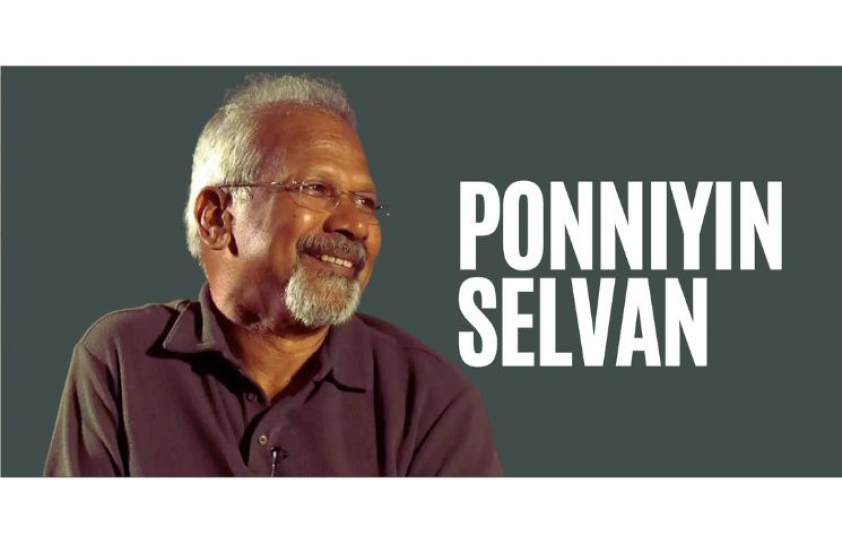 Satyabrata Ghosh reviews PS-1, a Mani Ratnam film, and discusses why such alternate content is of prime importance at a time when the aim of every filmmaker in post pandemic times is to get cinemagoers back into theatres.

The world of the movie business faced its first challenge in America in the late 1950s when television started eroding its domestic audience. To attract them back into the charms of theatres, the leading studios regularized colour films in their productions and also increased the screen size (Cinemascope). Almost 70 years since then, the business of cinema was challenged again. This time the pandemic restricted people to their homes.

Worldwide streaming releases in different OTT platforms had kept them abreast with the world of moving images. With the changes in business equations as well as media interfaces, movie producers in India, like the rest of the world, grapple with ideas to connect with the audience and ensure profits.

Compared to Hindi cinema, which is still being projected as Indian cinema and suffers from complacency, films made in Telugu, Tamil and Malayalam languages are proving themselves more effective to connect with audiences breaking the political barriers of language. If life could have been unbound the pre-pandemic way, Allu Arjun’s Pushpa - The Rise (2020), Suriya’s Soorarai Pottru (2020) and Jai Bhim (2021), Fahad Fasil’s Malik and Joji (2021), Prithviraj Sukumaran and Biju Menon’s tussle in AK Ayyappanum Koshiyum (2020) and Joju George’s Nayattu (2021) would not be some of the most watched films in India and abroad.

One is tempted to compare how hyped-up Hindi films performed commercially during this period, but it needs to be checked. Beyond the trite content and drab aesthetics, their assertions in the public domain were mostly restricted to the jugglery of crore marks that could be labelled to them. However paradoxical it may be, their imminent doom to oblivion was somewhat delayed by the streaming platforms.

According to a report by the SBI Research team led by Dr Soumya Kanti Ghosh, the average collections of 70-80 Hindi films released in a pre-pandemic year used to range between Rs 3000-5000 crores. From the films released after January 2021, which is post-pandemic, the collections have dropped drastically. From January 2021 till August 2022 the total collection was around Rs. 3200 crores of which nearly 48% of collections came from the 18 dubbed movies out of 61 Hindi movies that hit the big screen. 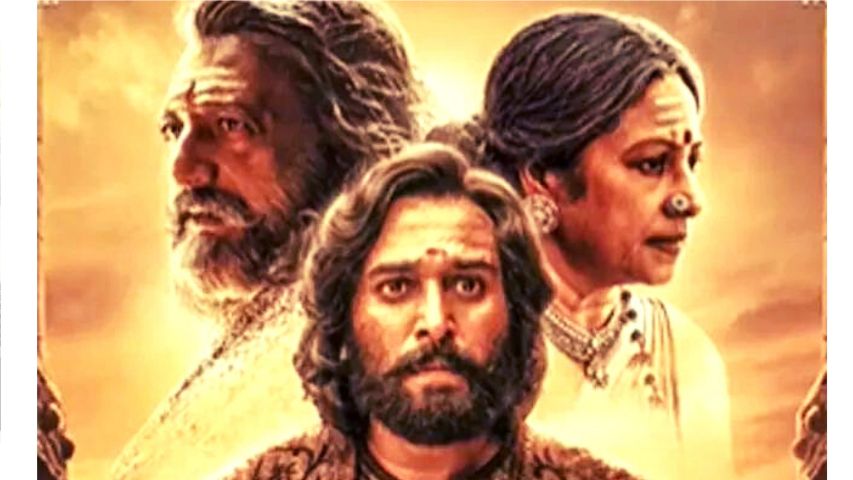 Post-pandemic days when people start going to cinema halls, several producers and distributors of Hindi films prefer to stream their content rather than release it in the cinema halls. This is understandable because traditionally the cinema halls often miss out on many deserving films on decent screening slots or had to make do with whatever is available to cater to mainstream audience expectations for business reasons. The online platforms, on the other hand, do not have to deal with these concerns and offer a good mix of both mainstream and art-house cinemas.

Besides the changing of the demographic profiles and movie-watching habits of the millennial population across the states affecting Hindi films, there is a significant decline in the single screens (a report in Financial Express dated July 2, 2022 states that from around 8,500-9,000 single-screen cinemas across the country in 2018-19, around 6,200 are still operating; 62% of the total single-screen theatres in the country are in South India while North India has a share of only 16% followed by West with 10% of all single-screen cinema halls).

Consequently, most films are now getting released in multiplexes where ticket prices are 3 to 4 times higher than the single-screen theatres. While the present majoritarian politics assert Hindi as the national language, interestingly the south Indian movies keep generating more revenues than the ones churned by the biggies in Mumbai.

No cinephile can deny the mesmerizing impact of watching a film on the big screen. Yet the trend of watching streaming content gains popularity over the projection of moving images. Amid this complex perspective, Mani Ratnam’s Ponniyin Selvan (2022), the first of two cinematic parts based on Kalki Krishnamurthy's 1955 novel hits the screen.

Mani Ratnam, evolved from the established norms of filmmaking, which relies on translating the lines in a script to mise-en-scène. He is one of those mavericks who excelled himself in telling powerful stories with the help of some of the finest camerawork, deft editing and of course lilting music. For the man who has Mounaragam (1986), Nayakan (1987), Thalapathy (1991), Iruvar (1997), Bombay (1995), Kannathil Muthamittal (2002) and Ravannan (2010) in his huge oeuvre, the eagerness to watch his most ambitious project on a single screen is justifiably palpable. At a more personal level, the curiosity about how he has delved into the history of the distant past and how he negotiates with VFX pulled me to the cinema hall.

In recent times we have been exposed to the mythical spectacles of Bahubali – The Beginning (2015) and its sequel in 2017 along with RRR (2022). Both being the maker S.S. Rajamouli’s take on India’s freedom struggle. A general understanding was that our point of reference for spectacles would not exceed the one set by Amar Chitra Katha comic books. However, Satyajit Ray pleasantly surprised us with his Shatranj Ke Khilari (1977), in which authentic sketches and historical documents were the points of reference. Mani Ratnam, however, could neither sever the influences of Amar Chitra Katha's legacy nor attempted to fake realism. 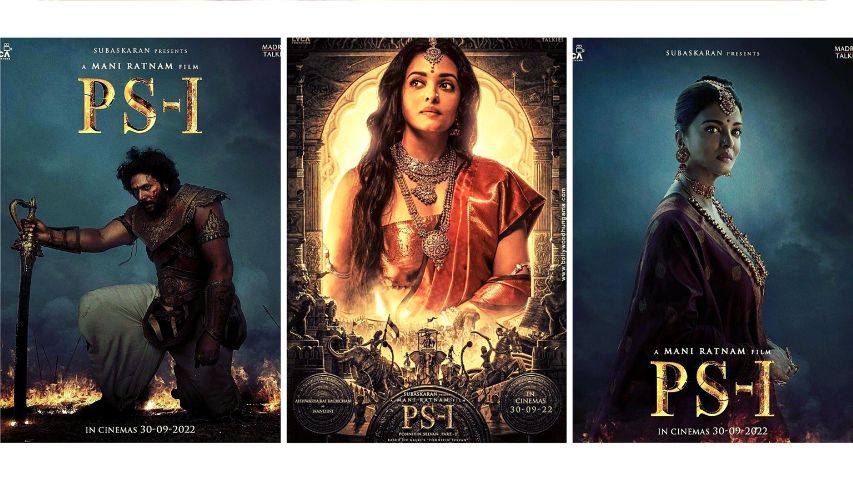 Filming Kalki’s Tamil novel Ponniyin Selvan apparently would not have been difficult for Mani Ratnam when it comes to characterization. The traces of deceit, pangs of anguish, strength in adoration and the broad range of human emotions that he brought to the screen, had already made us well aware of his prowess in characterization. However, the technicalities in mounting the Chola period between 900 AD and 950 AD when the battle for succession in the Chola kingdom unfolded, was a tall order even for his calibre to pull through.

Ace Production Designer and his long-time associate Thotta Tharani’s team did a commendable job to bring before the audience an opulent world that stood tall over 1000 years ago. Ravi Varman, the veteran cinematographer too contributed substantially so that the film doesn't become another charade in the name of history. But if Ponniyin Selvan (PS-1) has not been yet another Amar Chitra Katha venture, it was because of A.R.Rahman’s phenomenal sensibility in merging his world of music with the grandeur of its sound design.

What makes Ponniyin Selvan work even for non-South Indians is its competence in telling a complex story convincingly. It was ambitious for Mani Ratnam to narrate the state of affairs under the reign of Emperor Sundara Chozhar (Prakash Raj), whose sons Aditha Karikalan (Vikram) and Arulmozhi aka Ponniyin Selvan (Jayram Ravi) were heading their conquests of Kanchi and Lanka for the Chola empire. For a lesser filmmaker, the premises of the literary story would go straight into the hackneyed template of love and hate film tale. Aishwarya Rai Bachchan as Nandini and Trisha as Kundadevi appeared more flesh and blood with their trepidation and scheming instead of playing the usual drill of ornate plastic lovelorn women in mainstream Indian films.

In the first half of PS-1, Mani Ratnam follows the point of view of Vallavaraiyan Vandiyadevan (Karty), the Vaanar prince of Vaanar Clan's prince friend of Karikalan who was sent to investigate the conspiracy designed in the fortress of Kadambur. He relayed the conspiracy of the Periya Pazhuvettaraiyar (R. Sarathkumar), the chancellor and treasurer of the Chola kingdom, Chola treasurer and Finance Minister Periya Vellar (Prabhu) to install his uncle Madurantaka Chola (Rahman) on the throne instead of rightful accession of Karikalan to Kundavai and Nandini.

What follows is Pazhuvettaraiyar and the ministers manipulate Sundara Chozhar to order a convoy to bring Ponniyin Selvan back to Thanjavur next while he requested Kundavai to bring Aditha Karikalan to Thanjavur as it would not be appropriate for the crown prince to be far away from the capital. Meanwhile, the arch-rival Pandyas were desperate to avenge the killing of Veerapandiyan (Nassar), their king by Karikalan. Nandini too harboured intense hate towards the Cholas and conspired with the Pandyas in their bid to destroy the Cholas.

Mani Ratnam picks up the characters of Kalki's novel and narrates a story engaging enough to fulfil the movie-going experience. Unlike the hyper-masculine trends in mainstream filmmaking, Mani Ratnam is able to rein in the extent of VFX and CGI so that no single aspect of the narrative gets amplified, which might compromise the human drama.

Recently, and for a long time, many of the mainstream Hindi films suffer the audience's attention due to the materialistic insecurities prevalent among the filmmakers. At various junctures of their films, they tend to rely upon conventional ways. Maybe, they too realize that the lack of a fresh approach in their storytelling kills the charm, but they appear arrogant at the moment. What distinguishes Mani Ratnam is his eye for intimacy, enigma, humour and menace in the story he brings to the screen. Putting his feet solidly on the ground he executes an unmatched visual grandeur in his films. His creative collaboration with A. R. Rahman also speaks volumes when in PS-1 we experience how his music complements Ravi Varman’s cinematography. In fact, with the sensitive background score to highlight and deepen the impacts made in wordless scenes (quite many) A.R. Rahman creates a lustre of fusions, rare in the dominant beat world of electronic sounds.

The audience bombarded with sound and fury at home and multiplexes, looking forward to experiencing the nuances in the scenes created by a master that is hard to put down in words. Mani Ratnam’s Ponniyin Selvan takes them to a distant and somewhat unknown world where only the nuances make up most of the appeal.

If the makers want the audience to literally come out and frequent the cinema halls, then they need to magnify the context of their films to have larger scopes to bring out nuances of the characters instead of swags and coyness. Once again, when cinema is loomed by the streaming giants, films like Ponniyin Selvan keep our hope alive to pay for high-priced tickets and take back some enriching experiences worth recalling.