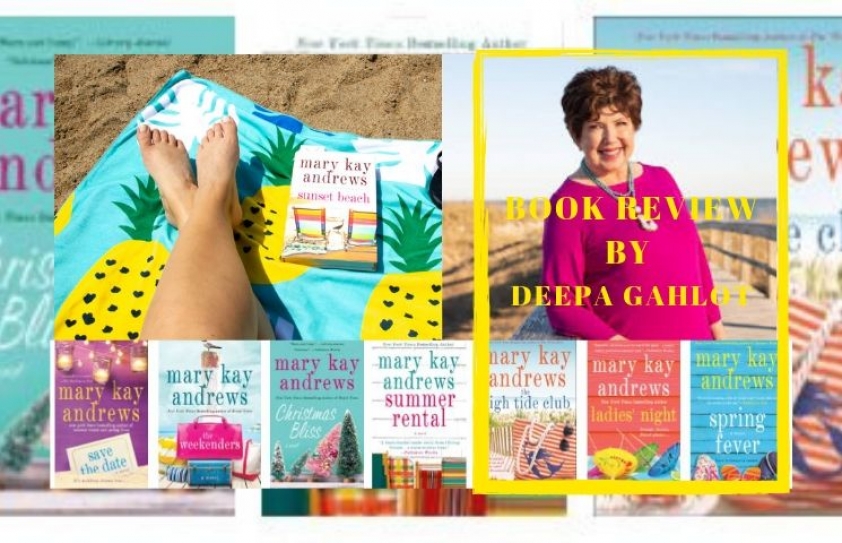 Mary Kay Andrews is called the Queen of Beach Reads, and her fans who turn her books into bestsellers would agree. Her novels have female protagonists, but escape being called ‘chick lit’ because romance is just a subplot; there a lot else going on.

The heroine of her twenty-sixth book, Sunset Beach, is Drue Campbell, thirty-six years old and at the end of her tether. She has just lost her mother, is jobless, single, with a knee badly injured in a kiteboarding accident and a malfunctioning jalopy. Drue wonders how things could get any worse, when her estranged father, Brice, turns up with an olive branch and lifeline.

Brice is an embarrassingly pompous personal injury lawyer, who offers her a job at his office, and the keys to her grandparents’ dilapidated Coquina Cottage on Sunset Beach in Florida.  Drue has great childhood memories of the place, and accepts her father’s offer—in any case, she has no other option. There’s one more shock to come as she drives her battered car to Florida—her father has married Wendy, her former schoolmate; she is also his office manager, and hates the idea of having her stepdaughter around. 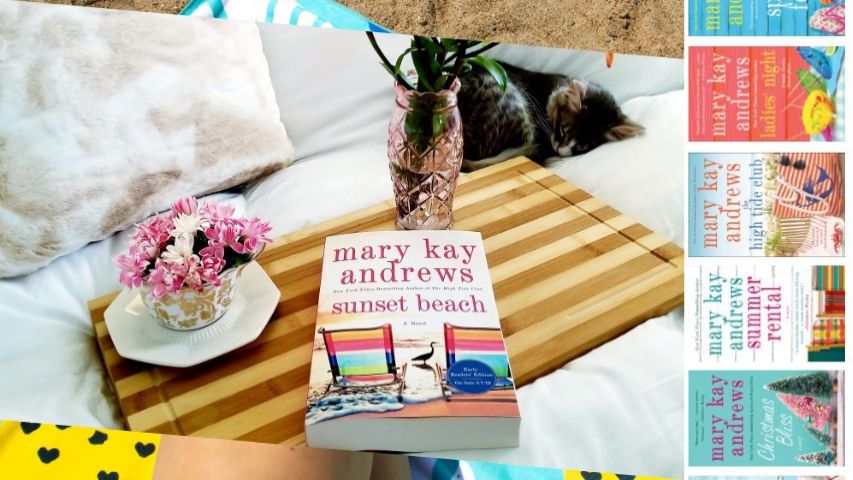 Drue shares space with two other “cubicle rats” – Jonah and Ben—who immediately show interest in the boss’s daughter. As Drue answers calls and serves as occasional receptionist, she is taken up by the case of a black woman, whose daughter died at a swanky beach resort, that ended up paying her peanuts as compensation, which is not enough to raise her sick granddaughter.  Brice says he did his best with the information gathered by his old buddy and investigator Jimmy Zee, but Drue starts snooping on her own, with her newfound pal, Corey.

While looking through the storage space in the cottage, as she repairs and refurbishes it, she finds newspaper clippings and police files about a woman who vanished sometime in the Seventies. Drue wonders why these have been preserved in the cottage and whether her father is somehow involved.

Putting a budding romance with Jonah aside, ignoring warnings by Brice and Jimmy, Drue starts to dig into both cases and finds that honesty, persistence, and a bit of courage solve the toughest of cases. Her interactions with the local cop investigating the resort case are hilarious.

Drue may appear like a bimbette initially, but turns out to be likeable and spirited. Sunset Beach is fast-paced and funny, with a large dollop of mystery. An enjoyable monsoon read.