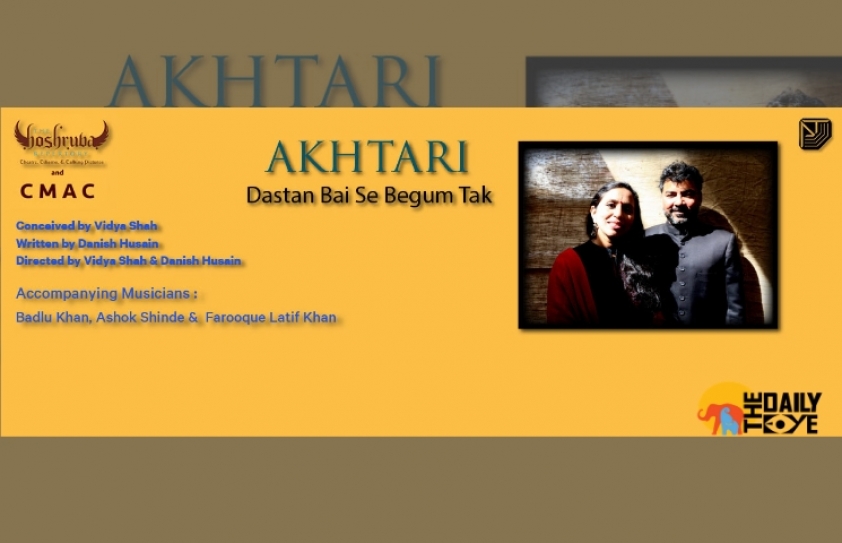 When Danish Husain introduces his stage production of Akhtari: Dastan Bai Se Begum Tak, he says the storytelling and music format was chosen as a tribute to Begum Akhtar, because the one whose life is a dastaan (saga/story/legend) should not be turned into drama.

So, Husain in his inimitable qissebaaz style, tells of the rise of Akhtaribai Faizabadi and her transformation to the celebrated singer, Begum Akhtar, with some amusing anecdotes added by musician Badlu Khan, who accompanied singer Vidya Shah on the harmonium. Shah, a pupil of Begum Akhtar’s disciple Shanti Hiranand, sang some memorable numbers, and had the theatre humming along. 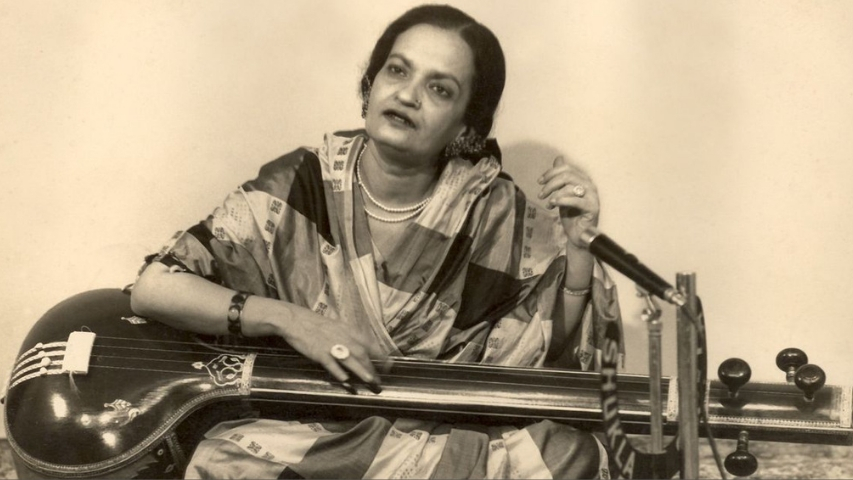 The transformation of Akhtaribai Faizabadi to the celebrated singer Begum Akhtar

Akhtari's early life duplicated that of many female singers of that era, who were admired and idolized but still remained lower down on the social ladder and referred to as baijis. Her mother, Mushtaribai, formidable as single mothers of the time, had the young girl trained with the best ustaads, and by the time Akhtari was in her teens, her fame as a singer of ghazals, thumris, dadras and classical music spread. She gave her first public performance at fifteen, and was among the early singers to cut gramophone records. It was believed by singers then, that recording their voices would ruin them, and the story goes that young Akhtari came of the studio in tears, believing she would never be able to sing again.

Not only did she have a magnificent career as a singer and composer, she also had a brief stint in the movies, including Mehboob Khan’s classic Roti.

In 1945, she married Lucknow-based barrister, Ishtiaq Ahmed Abbasi, and, because she could no longer sing in public, she fell ill. The cure was, of course, a return to music and she made a comeback on All India Radio, going on to become a regular performer on radio.

Husain came up with several wonderful anecdotes; one involved a besotted rich suitor, who gifted her a silver chair. But he annoyed her no end with his insistent attentions and when a friend asked her why she didn’t get rid of him, Begum Akhtar is said to have replied, “I will as soon as I get from him a table to match.”

Then, there’s the story about poet Shakeel Badayuni, who ran after her at the station, when she was about to embark on a journey to Lucknow, to give her his latest ghazal—Begum Akhtar singing a poet’s work gave his name some of the glitter too. She glanced at it, then asked her travelling companion to take out her harmionium, and by the time she reached Lucknow, she had a new song, that she went right away and recorded on Lucknow AIR; it became one of her most iconic ghazals—Aye mohabbat tere anjaam pe rona aaya.

Those who have written about Begum Akhtar say that she took music out of the mehfils and kothas and made the baiji respectable. Her story and her music make for an engaging evening at the theatre; in this age of biopics, someone should make a movie on her too. Apart from the gripping plot, what a soundtrack it would have!