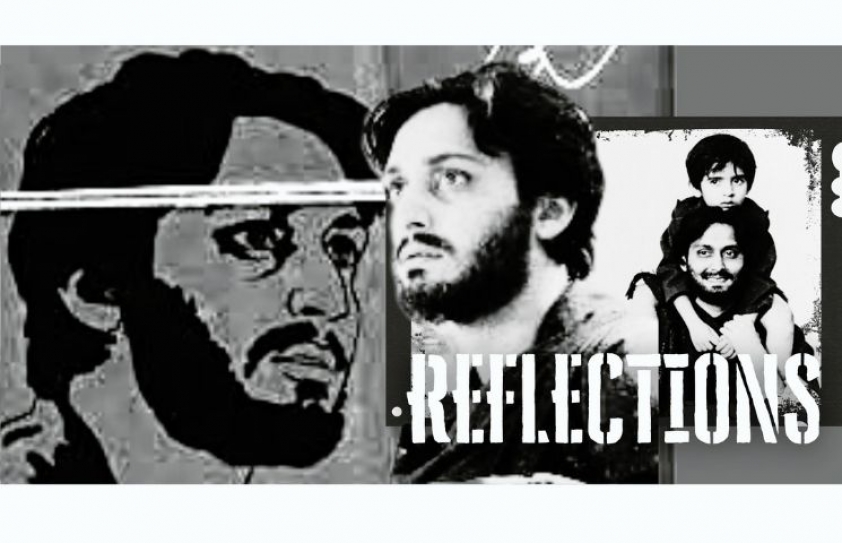 As the late, legendary Soumitra Chatterjee’s birthday moved in and out of focus, Monojit Lahiri pays homage to the remarkable actor, author, poet, dramatist, translator and painter, arguably Bengal’s last cultural icon and Renaissance man, whose aura neither age can chill nor any rival steal.

Let’s skip his back-story about which reams have been written. Let’s cut to some more interesting facts that defined his life. The first is the commonly held belief that the late thespian, being a Ray discovery, gave his best only for his mentor’s projects. For other films, he wasn’t really as effective. Nothing is further from the truth! Be it Mrinal Sen, Tarun Mazumdar, Tapan Sinha, Ajoy Kar, Dinen Gupta or the more recent Anik Dutta, Sudeshna Roy. Abhijit Guha and Leena Ganguly, every film had his trademark class imprinted on it. Whether Akash Kusum, Khudita Pashan, Saat Paake Bandha, Sansar Seemantey, Basanta Bilap of the 60’s and 70’s or the more recent Mayurakshi, Bonku Babur Bondhu, Sraboner Dhara or Sanjhbati, Soumitra was uniformly, spot-on. 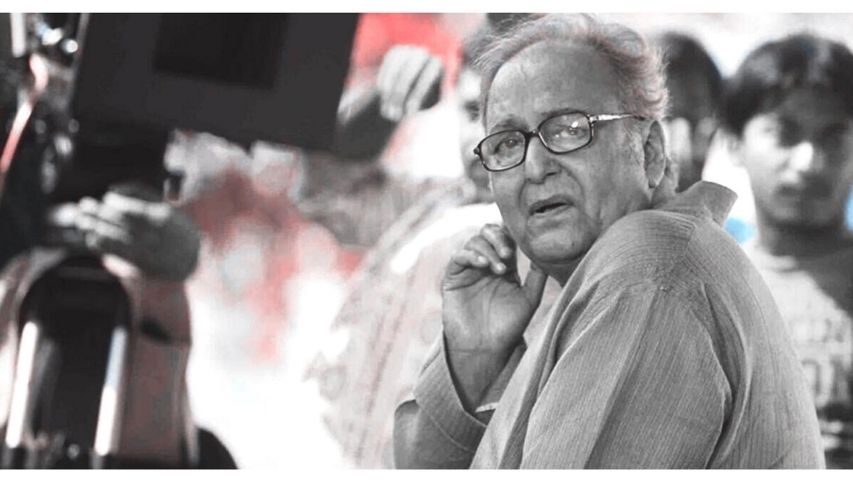 Actually this thinking was largely influenced by his Ray-performances, which is grossly unfair in terms of comparison, because Ray’s oeuvre, both in style and substance, was a universe apart. One should see and judge his other roles in context and celebrate the fact that his efforts in Apur Sansar, Devi, Aranyer Din Ratri, Charulata and Shakha Proshakha did not diminish while doing other mainstream, commercial roles, as tons of his directors have elaborated, in the last couple of days. From Gautam Ghosh to Suman Ghosh, Anjan Dutt, they’ve all expressed amazement at his total involvement, curiosity, honesty and hard work in delivering the goods in a way that only he could.

The second is his image as a thinking actor, a cerebral artiste and a cultural icon who represented the best of Kolkata’s heritage. Apart from the Ray-stamp, his personal interest in poetry, theatre, painting, literature, history and sports made him a unique individual, a true Renaissance figure, in a fraternity that can only boast of Aparna Sen as the other towering icon. Soumitra donned these hats without any fuss or frippery. Fully aware that he lacked mega star Uttam Kumar’s charisma and mass appeal, which disqualified him from playing the lead in Nayak, he focused on his strengths as an actor.

Close Tolly-watchers will recall that between the early 1960’s till the Superstar left to play to bigger audiences in 1980, there was a definite divide in terms of fan-base between these two. The cultural and intellectual elite rooted for Apu, hands down, while the aam junta rocked to the beat of the Nayak. Uttam was Dilip and Soumitra, Balraj. However, when they co-starred, “we clean outscored the fabled Uttam-Suchitra team at the box office!” he had once joked. 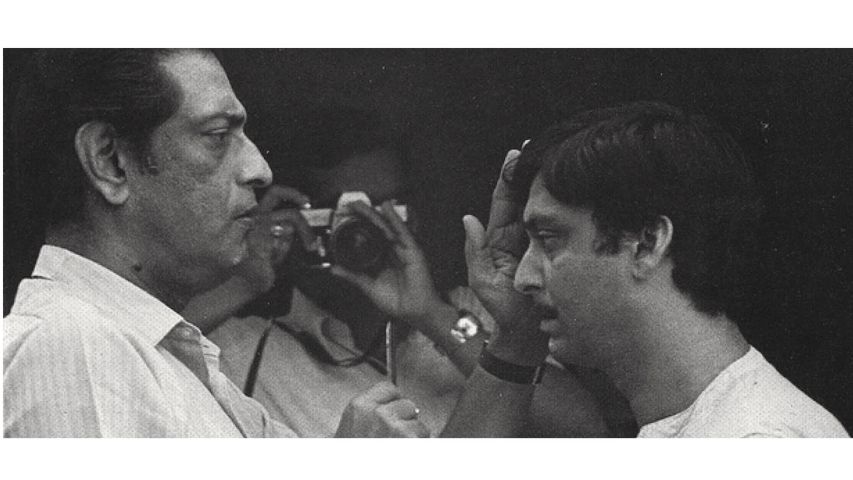 The third is the curiosity of his fans regarding the complete absence from Bollywood. Many of his colleagues, Uttam, Biswajit, Anil, Basant Choudhury, Sharmila Tagore, Aparna Sen, Lolita Chatterjee, Sumita Sanyal, Lily Chakraborti, Moushumi Chatterjee and Robi Ghosh, did make forays with varying degrees of success, but Soumitra just didn’t feature in the list. Why? Wasn’t he good enough?

Film Director Shyam Benegal, who was keen to cast him in his Kalyug, while dismissing this idea, lays it on the line: “It would be stupid to think that Soumitra was unknown quantity to cinema-literate people, outside of Bengal. If reports are to be true, he was offered Rajendra Kumar’s role in Sangam and Manoj Kumar’s role in Aadmi, both of which he politely declined. For my Kalyug, he flew down to Mumbai and we had long discussions, but in the end he pulled out. For one, he expressed apprehensions about his command over Hindi. Secondly, shooting outside his City of Joy, meant no connect with his multi-faceted, non-film activities. Also, would he be comfortable in the ambience that surrounds mainstream films in Bollywood? He preferred his comfort zone – the loss remained completely ours.” 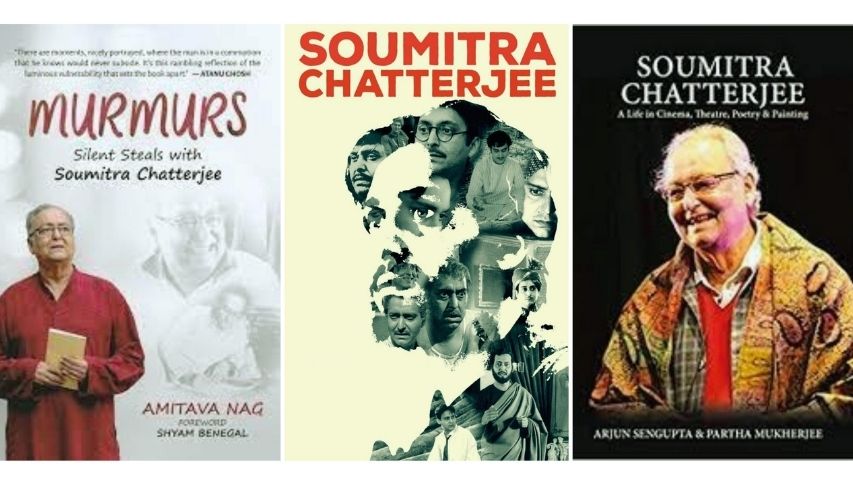 And Tolly’s gain for sure! Unlike the Bollywood bozos, his performances sent the finest Western critics to the moon and back! French Filmmaker Catherine Berge sought him out to make a documentary entitled Gaach [Tree]. Winner of the prestigious Ordre des Arts et des Letres, Dada Saheb Phalke award, Padma Bhushan and National Award, Soumitra Chatterjee will always live in our hearts as an actor who was forever willing to move with the times, change with the landscape and inspire generations that were privileged to be associated with his multi-dimensional genius.

What better way to end this tribute than quoting the immortal lines of Tagore’s Shesher Kobita (The Last Poem). BondhuBidai (Farewell Friend).

SALUTING THE MEMORY OF THE EVERGREEN AWARA

DEVDAS: The Many Incarnations!

NO ONE KILLED PALAN