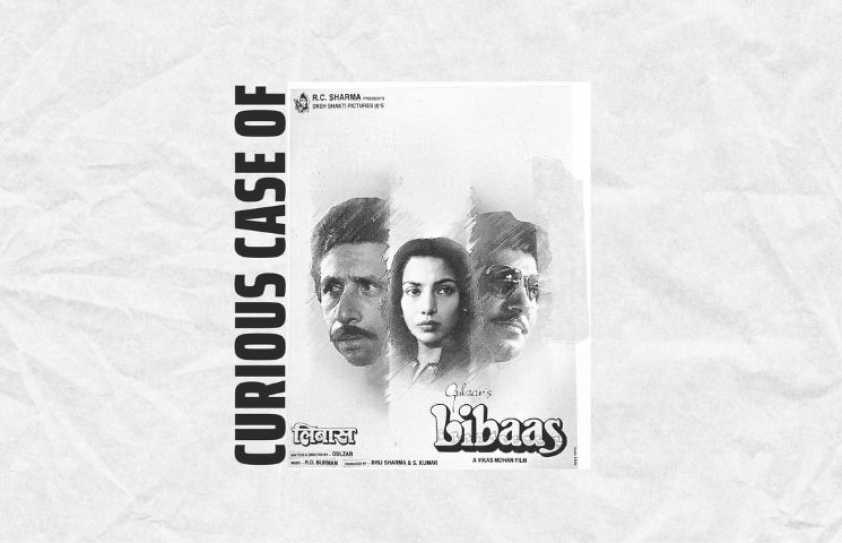 Film historian Dhruv Somani writes on the 1982 film of Gulzar, Libaas, with an outstanding music score by R.D.Burman, which has remained in the cans to date.

Libaas (1988) was a film, written and directed by Gulzar, and produced by Vikas Mohan, publisher of the movie trade magazine Super Cinema. It was based on the short story Seema (earlier titled Chaabiyan) published in Gulzar’s collection of stories Raavi Paar.

Decades later, there has been an unquenchable curiosity about this film due to its excellent soundtrack by R.D. Burman and songs by Lata Mangeshkar, Suresh Wadkar and R.D. Burman. This love triangle was first screened at the Indian Panorama section of the International Film Festival of India held in Bangalore but was not released at the cinema halls. Once again, it was screened at the 23rd and 45th International Film Festivals.

All the world’s a stage but the drama in real-life under the theatre lights can be diametrically different. That was the theme of Libaas, set against the backdrop of Mumbai’s struggling theatre movement. It went behind the scenes in the lives of the lead couple. Sudhir, a theatre director and his actor wife. Seema, seems to be a picture of marital bliss, even performing several plays together.

But appearances can be deceptive as Sudhir (Naseeruddin Shah) in his ambition to move forward neglects his domestic life while struggling to establish his own theatre group. Although Seema (Shabana Azmi) is an actor, she is often left alone all by herself. Neglected and ignored, she is drawn toward Tilak aka TK (Raj Babbar), an affable uncomplicated businessman who is also a childhood friend of Sudhir’s. Seema, pleased with the care and attention from TK, decides to opt for a second marriage. 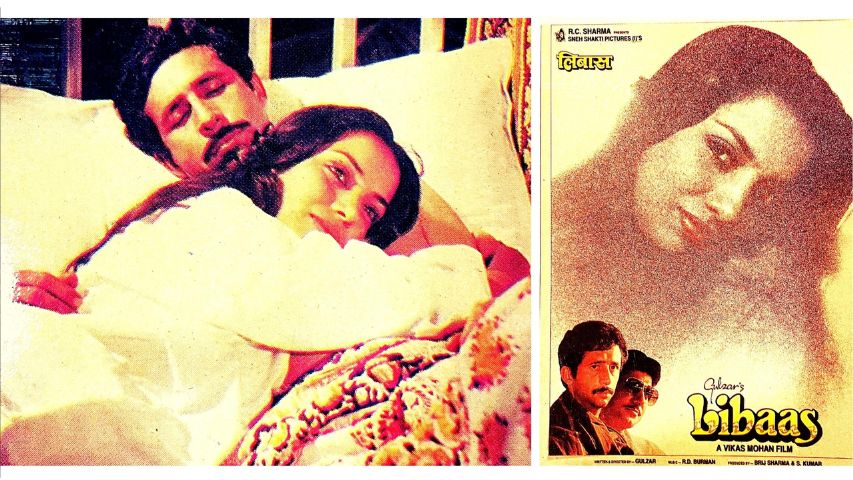 Overtly happy, but deep down Seema still feels there is something missing in her life. She is baffled by her inner feelings, since she can’t get Sudhir out of her mind. But there must be an end as the curtain must fall before it lifts up again the next morning. The few who had managed to see it, claimed that a confrontation between the three characters, before the interval, was extremely powerfully written and acted.

Some nuggets of trivia claim that Smita Patil was to play Seema before Shabana Azmi was finally selected. Plus, it is said that since Utpal Dutt had passed away before the film was complete, his dialogue was dubbed by Johnny Lever.

Unfortunately, it was the Bangalore screening at the Indian Panorama, where a misunderstanding between the producer and the director led to the film never being released. It is said that producer Vikas Mohan was irked with the festival organisers for hosting a screening and had sent them a legal notice demanding the prints be returned back to him. The Directorate of Film Festivals refused.

By norms, when a film is selected by its committee for the Indian Panorama - comprising the best films from all over the country in a year -- a copy of each of the films is stored at the directorate’s archive. In accordance with the norms, the government organisation retains the rights to show the acquisition at its events. This was a common practice among the film archives and film festivals around the world, and was also a way of ensuring that at least one copy of the film survives. 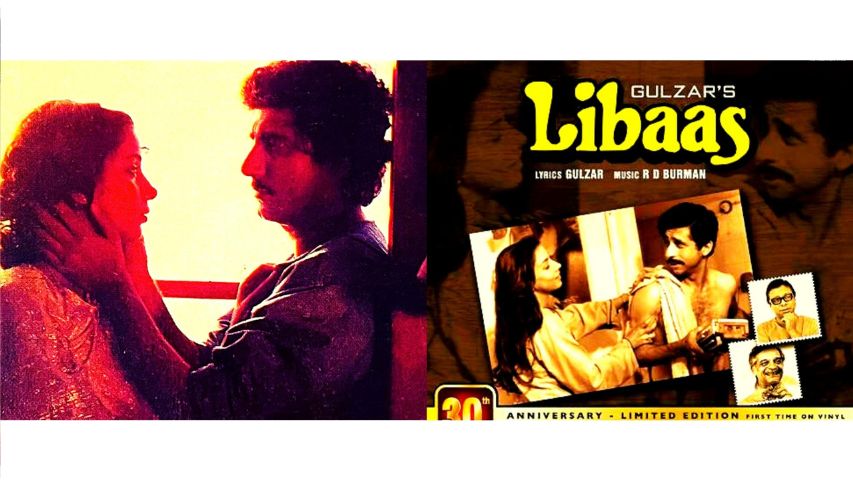 Another rumor was that the producer owed money to the Income-Tax department and had filed for bankruptcy. He developed cold feet because he could get arrested or would have had to face legal issues for governmental fraud if he released the film in the theatres. This rumor though sounded unfounded as he went on to make Arzoo in 1999 starring Madhuri Dixit, Akshay Kumar and Saif Ali Khan.

Not that there was a dearth of films on subjects similar to Libaas. For instance, Mahesh Bhatt’s Arth (1982) and Kalpana Lajmi’s Ek Pal (1986), both starring Shabana Azmi, did shock a strata of society, which didn’t approve of themes involving a woman leaving her husband for another man.

Libaas remains the only film of Shabana Azmi opposite Raj Babbar (with the exception of Hum Paanch, 1980, in which he was a part of the cast). Of late there were trade announcements that the film would be released at long last. That didn’t happen. Hence, Libaas still remains unsung for music connoisseurs.