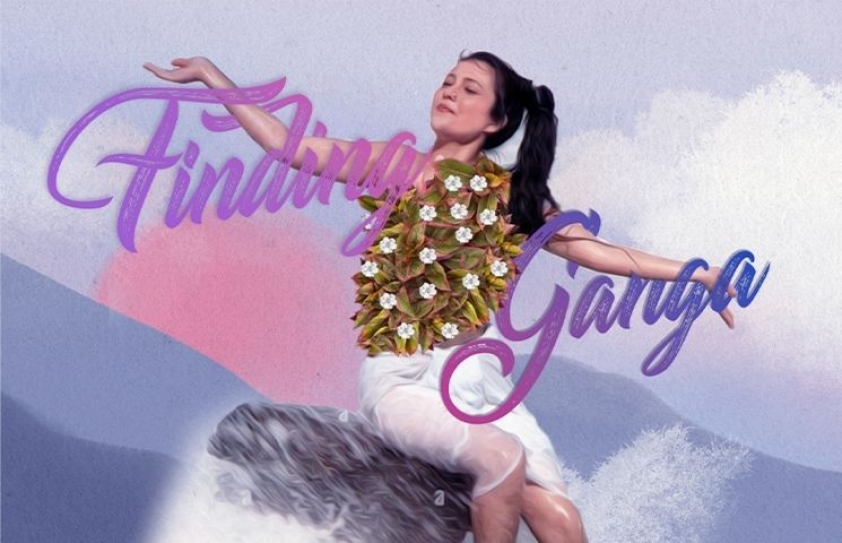 Mandakini, best remembered for her title role of Ganga from Raj Kapoor’s Ram Teri Ganga Maili (1985), is back in the news. Lately, she announced that she would be making a comeback after almost 25 years. This won’t be with a film though but with a music video along with her son Rabbil Thakur.

She had previously released the pop disco album Dancing City (1986) with Bappi Lahiri. It was originally recorded with Nazia Hassan but Bappi da dubbed it with Mandakini’s voice after major creative differences with Nazia.

Showman Raj Kapoor was known to be a perfectionist. He fielded the highs and lows as a director. It was after the success of Prem Rog (1982) that he intended to direct his most ambitious film Ram Teri Ganga Maili (1985). The script was locked. The family had decided that Rajiv ‘Chimpu’ Kapoor would play the hero but the heroine remained undecided.

The family and close associates suggested several names of leading actresses with their photographs. There was Rati Agnihotri who was considered with her name running for exactly four days. Dimple Kapadia who wanted to make a comeback was even auditioned. She had told Chimpu Kapoor on the sets of Lava (1985) that she would leave everything else for the role. Even though she was fabulous in the screen test, Raj Kapoor felt he required a younger leading lady.

Randhir Kapoor had also discussed the role with Poonam Dhillon with whom he had enjoyed working in Biwi-O Biwi (1981). Rajendra Kumar too was in favor of her as she looked like a girl from the hills. Randhir Kapoor had discussed the role with her in depth twice over dinners and had asked if she could spare her shooting dates at short notice. Again, the showman gave thumbs down as he felt that he needed a fresh younger face.

It was Padmini Kolhapure who everyone anticipated would get the prized part as she had performed outstandingly in RK films Satyam Shivam Sundaram (1978) and Prem Rog (1982). Her costumes were already tailored to measurements and finalized. Just when the Kapoor clan thought things were finally under control is when suddenly Raj Kapoor bowled the bouncer as he was seen doing new screen tests. His logic was simple: he wanted the heroine to look absolutely virginal to symbolise the purity of the river Ganga. He wanted his heroine to look vulnerable and also exude inner strength. For Padmini Kolhapure it was not meant to be, she lost the role to a newcomer from Meerut. The fair-complexioned, blue-eyed girl was Yasmeen Joseph. 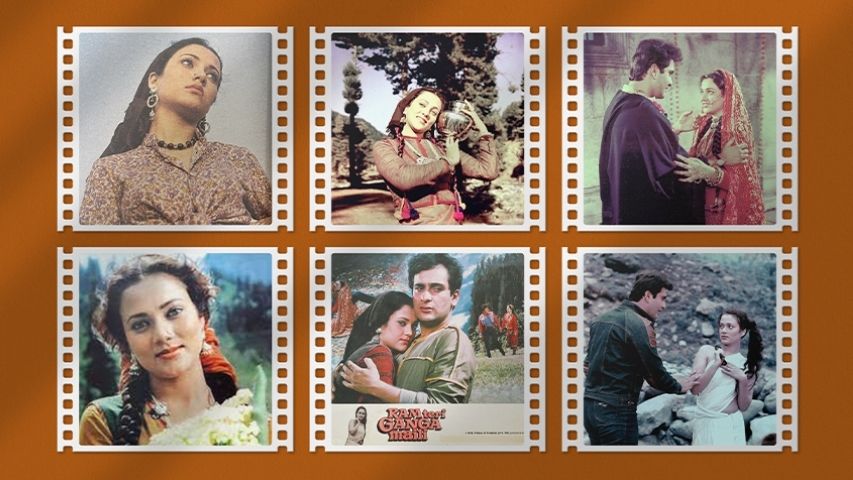 “I have found my Ganga,” he announced dramatically after considering more than a hundred candidates. Every time he travelled to the north for location hunting, he’d meet every girl whose name had been recommended to him. According to him Yasmin came the closest to his definition of Ganga. He felt she had a sensitive face with a capacity to emote. Casting Padmini Kolhapure would have been perfect for the second half as she fit the role like a glove and would have made his job as a director simpler but he chose to take the other route. It was a challenge for him to extract a great performance from his new blue-eyed girl.

It was a disappointment for Randhir Kapoor (known for his wacky sense of humor) as he jokingly stated that for many months, he had a whale of a time at all the drinks and dinner parties, hosted for all the hopeful heroines for the part of Ganga, in town.

Next, a question was raised. Hadn’t Yasmeen been cast opposite Aman Virk in an upcoming film Mazloom under the screen name of Madhuri? Yes, came the answer from the showman who said according to Hindu mythology when the river Ganga descended on the Earth with all her fury, it was Lord Shiva who contained her in his long hair, finally letting her out into three streams Alaknanda, Bhagyashree and finally Mandakini. That’s why he gave his choice the screen name of Mandakini since she was the last girl he had discovered for his project.

There was a back-story too, which began to make rounds. She had a pretty face but she lacked charisma, poise and self-confidence due to which Ramesh Behl had rejected her for his film Jawaani (1984) and had insisted on signing Neelam Kothari opposite Karan Shah. Ironically, years later she was cast by Ramesh Behl in Apne Apne (1987) and that too opposite Karan Shah. It was rumored that she had even auditioned for Betaab (1981) and Lava (1985).

Soon, a huge studio set was constructed for Ram Teri Ganga Maili for a shooting schedule of just two days. Before leaving for an extensive location shoot in the north, he wanted to make sure that he had chosen the right girl. Even though her screen test was remarkable, he didn’t want to take any chances. And he was elated with the two-day shoot at the studio.

Raj Kapoor pampered his leading actresses while he controlled their every movement and nuance. His knowledge was so vast that he could pinpoint the defects in her make-up, which were then altered. Every scene was explained in detail while each shot of the leading actress was taken from different angles. Raj Kapoor worked upon her striking performance painstakingly.

Ram Teri Ganga Maili was the biggest hit of the year. In fact, it was the biggest hit of R.K. Films, breaking all previous records. Raj Kapoor himself did not expect his Ganga to become such a rage. The showman had no doubts that he had a winsome heroine and while he expected the film to fare better than Prem Rog, here was the big one. The film was initially released with 140 prints. Then 40 more prints had to be rushed to the cinema halls to meet the demands of the surging crowds. 180 prints for a film those days were the highest ever witnessed. It broke the record of Manmohan Desai’s Coolie, which had been released with 160 prints.

Raj Kapoor would say euphorically, “Mandakini was sent to me by God at the last minute as if he knew I was making Ram Teri Ganga Maili. She looked, talked and behaved like the Ganga I had always imagined. I am proud of the film and her performance. Let’s not deny the due credit to this girl who has given her heart and soul for my film.”

Mandakini became the talk of the town, and a lengthy line of producers wanted to sign her for their upcoming projects. Though she did sign the best offer to her she knew it would be difficult to live up to the stupendous success of her debut film. After all, she had been groomed by the best of the best: Raj Kapoor.