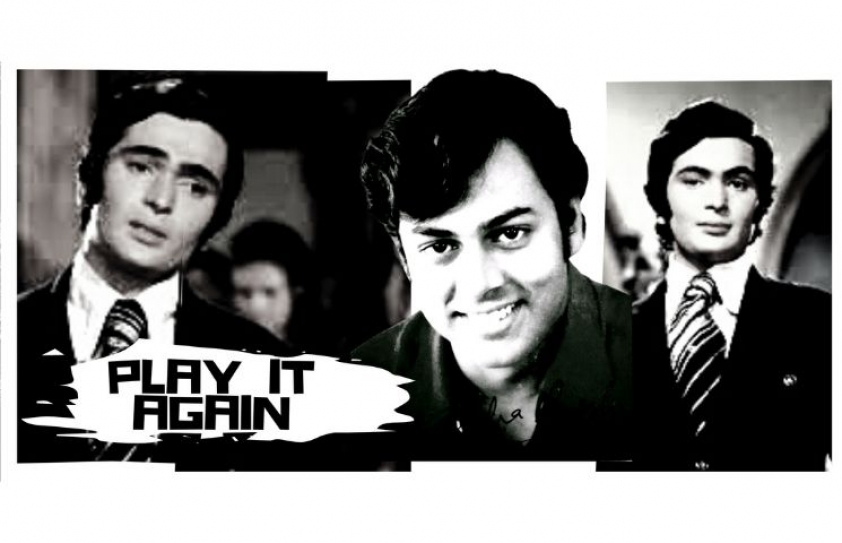 Film historian Dhruv Somani, tracks the highs and lows in the playback singing and acting careers of Shailendra Singh, who had wowed the nation with his voice for Rishi Kapoor in the iconic love story Bobby.

It would be unfair to conjecture whether the last millennium’s playback singer who attempted to double-task as an actor, is disillusioned or comfortably stoic about his glory days today. Be that as it may, Bollywood music lovers have retained Shailendra Singh in their hearts, minds and playlists.

In an interview, commenting on the rapidly proliferating music talent reality shows on the streaming platforms, he has stated, “These shows, they are bringing in great talent and providing a great platform to upcoming singers. We never got such opportunities in our time. Kids these days are born singers; they have immense potential, singing from a very early age. This really surprises me. They already know what they want to do in their future. During our time most of us were confused. Destiny too plays an important role in our lives. Not everyone can become a Kishore Kumar or Mohammed Rafi.”

Spinning back in time, you will recall that three stars were born with Bobby (1973), Rishi Kapoor in his first adult role, Dimple Kapadia who became a teenage sensation, and playback singer Shailendra Singh. In his growing up years, he had lived in Pune with his family, which was already immersed in the field of arts. His father was an assistant to V. Shantaram while his mother was into classical music. 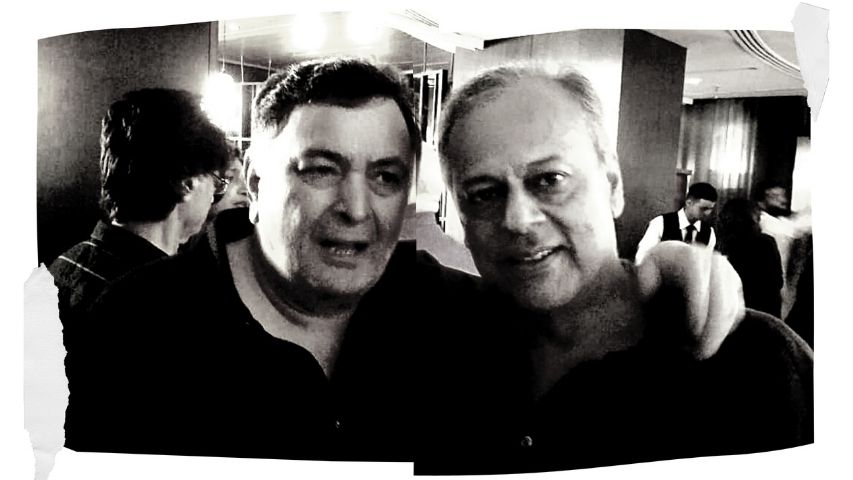 Shailendra was training in music lessons but with his chocolate boy looks, he was more inclined towards acting rather than becoming a ghost voice. Just a few days before his graduation from the Film and Television Institute of India, Pune, he was introduced to Raj Kapoor who was on the look out for a youthful voice for Bobby. He approached Laxmikant Pyarelal, who were the music directors for the film but they were keen on Mohammed Rafi. The showman was adamant, though, since he wanted a mint-fresh voice for Rishi Kapoor.

Since Raj Kapoor’s decision couldn’t be ignored, Shailendra was called to Bombay and asked to sing any number he liked. He sang Dekha Na Hai Re from Bombay to Goa - his audition was instantly approved. Followed a long period of wait as the recordings were delayed. Finally at the age of 20 on July 19, 1972, Shailendra Singh rendered his first song Main Shayar Toh Nahin.

Next, he found himself recording with Lata Mangeshkar for Hum Tum Ek Kamre Mein Bandh Ho, followed by the duets Mujhe Kuch Kehna Hai and Jhooth Bole Kauva Kaate. Once Bobby was declared a mega-hit, Shailendra became the voice of Rishi Kapoor, but he also sang for other heroes. Needless to point out, his songs for Bobby are replayed again and again to date, cutting across all generations. His voice was also heard in Khel Khel Mein, Rafoo Chakkar, Zinda Dil, Do Jasoos, Amar Akbar Anthony, Aap Ki Khatir, Ab Kya Hoga, Khatta Meetha, Ankhiyon Ke Jharokhon Se, Tarana and Suhaag.

Not many know that nearly two years before Bobby, Raj Kapoor had wanted Rishi to play the romantic lead in Do Jasoos, which he had signed along with Rajendra Kumar. After several discussions, it was decided that Do Jasoos wasn’t an ideal launch pad for Rishi. Providentially, two years after Bobby, Shailedra was firmed as the romantic lead for Do Jasoos, opposite Bhavana Bhatt. During the making of the detective comedy, Bhavana Bhatt married a local hotelier, scotching all rumors about a link-up between her and the singer-cum-actor. 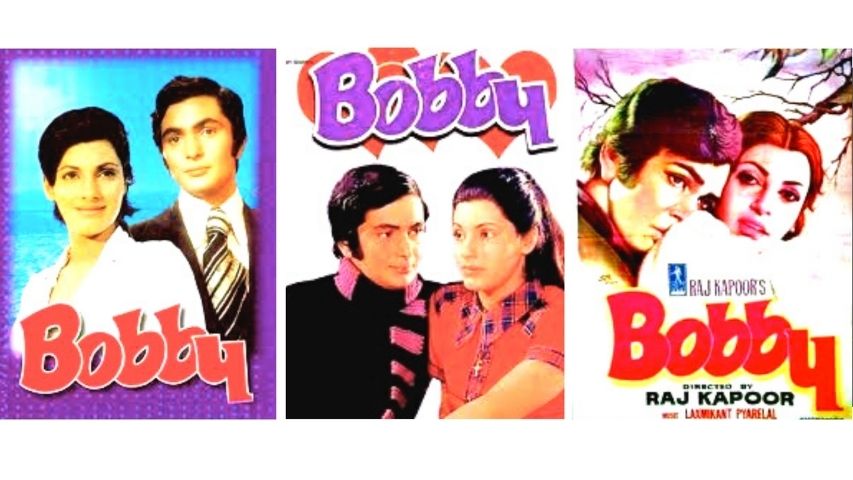 Shailendra Singh had hoped to be used for Rishi Kapoor’s songs, as Mukesh did for Raj Kapoor. However, most filmmakers who had cast Rishi were keen on using other, well-known senior playback singers. He had rendered two tracks for Zehreela Insaan but its most popular song O Hansini was eventually recorded by Kishore Kumar.

Similarly for Saagar, S.P. Balasubramaniam was to be the voice of Kamal Hassan while Shailendra Singh was scheduled to record the tracks of Rishi Kapoor. In fact, he did render the sensuous Jaane Do Naa with Asha Bhosle, which was used for the film’s mahurat. However, director Ramesh Sippy choose to record the other numbers with Kishore Kumar, leaving the singer disappointed.

Rishi Kapoor went ahead from strength-to-strength while Shailendra Singh found himself at the crossroads. Offers of acting still came by with odd films like Yaari Dosti (unreleased) opposite Rajendra Kumar, Yogeeta Bali and Zarina Wahab, besides guest appearances in Ginny Aur Johnny, Zehreelee, Janta Hawaldar and Nauker. He also featured in the Bengali film Ajosro Dhanyobaad with Aparna Sen. At long last, his big break as an actor came with Agreement opposite Rekha. Though singing offers would still come his way, he focused more on acting, thereby losing quite a few songs to upcoming talent. 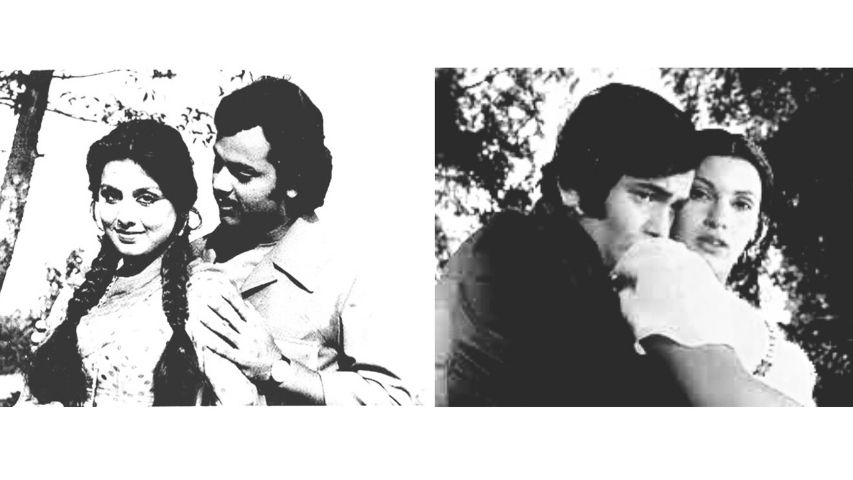 Clearly, the film was dominated by Rekha who was showcased as a modern woman with a boy-cut hairstyle and wearing the pants in the house. For the film, Shailendra lent his vocals for the beautiful song Jeena Yeh Koi Jeena Toh Nahin. The female version of the song was by Lata Mangeshkar. Even though Bappi Lahiri had composed a hummable score for Agreement, it tanked at the cash counters. Unfortunately, so did Shailendra Singh’s acting career.

The next option he chose was to act in a bunch of telefilms after which he turned producer and worked with Sachin Pilgaonkar for a Marathi film - it had an average run at the box office. Shailendra Singh was also seen in Balaji Telefilm’s television serials during the early 2000s like Kasam Se and Raat Hone Ko Hai, and he persisted as a playback singer in regional films.

Reportedly, in 1994 he was hospitalized due to the complications caused by diabetes. As a result of baseless rumors, he suffered. Filmmakers thought his voice had been affected. Mercifully the rumors faded away. From all accounts, Shailendra Singh leads a simple life with his family today - with the hope of singing for his fans, which await his voice eagerly, again.