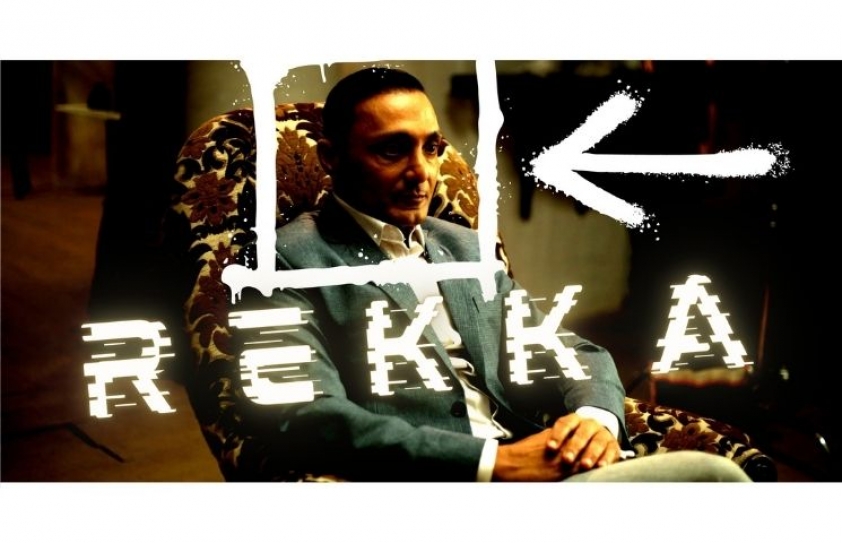 In the second episode of what is probably the most eagerly awaited web series this year from Hoichoi, Robindranath Ekhane Kawkhono Khete Aashenni, or REKKA as abbreviated by the presenters, the protagonist Mushkan Zuberi (Azmeri Haque Badhon), speaking on the secret of her cooking skills, tells a patient she is caring for, ‘Like the seven notes coming together to create music, five elements, sour, spicy, sweet, salty and bitter, combine to create flavour.’ She goes on about the importance of getting the proportion right, and as a clincher elaborates on the pressure cooker being an enemy of the culinary arts, as something that destroys the art of cooking.

On the evidence of what unfolds over the next seven episodes, I could not but help reflect on how this would have been sage advice for the makers of REKKA to follow. For the story, based on Mohammed Nazim Uddin’s bestselling novel of the same name, has all the ingredients for a sumptuous feast. Yet, the mix never quite comes across as palatable - it is almost like, as Mushkan warns, a meal cooked in a pressure cooker!

‘Robindranath Ekhane Kawkhono Khete Aashenni’ is the kind of name a restaurateur would kill for. It translates, literally, to: Rabindranath [Tagore] never came here for a meal (though, given his penchant for wordplay, Srijit christens it ‘Better Chef Than Sorry’, which I am not sure works at all). And it is this restaurant, set in a sleepy fictitious town on this side of the India-Bangladesh border, that is the stage for the events that inform the narrative.

The film begins with an intriguing prologue, an aeroplane crash in the Andes, following which we encounter Nirupam Chanda (Rahul Bose) arriving at Sundarpur, introducing himself as a ‘journalist’ from Calcutta working on a feature about the restaurant and its owner whose fame spreads far and wide. During the course of his research he comes across Atar Ali (Anirban Bhattacharya, who does most of the heavy lifting in terms of the performances before going missing from Episode 4 to the overall detriment of the series), a police informer. Atar provides him information on the restaurant’s owner, Mushkan, including the delectable bit on her ‘witching’ ways. Is she really a witch? A ghost? She sure has a proclivity for wandering around the palatial premises of her house singing songs of Tagore - in the best tradition of ghostly women of Indian cinema.

Nirupam digs deeper for his story, with Atar introducing him to gallery of local characters. There’s the old master Ramakanta Kamar - a name that makes for a palindrome when spelt in Bengali, as Atar Ali points out - who takes the journalist through the restaurant’s convoluted history, involving the liberation of Bangladesh in 1971, and its unique name. It appears that Tagore had promised to come to a wedding in the family of a zamindar acquaintance on whose property the restaurant stands but couldn’t make it because of his daughter’s death. There’s Phalu, who has an unenviable reputation as a gravedigger and through whom the film dips into the murky world of organ and skeleton trading. There are the local bigwigs, the politician and the police head, slaves to the charms of the enigmatic Mushkan. And then there’s Mushkan herself, at one time a doctor in a leading Calcutta hospital before an ‘unspeakable’ scandal forced her out, and now the chef at and owner of REKKA - she is at the heart of the narrative. 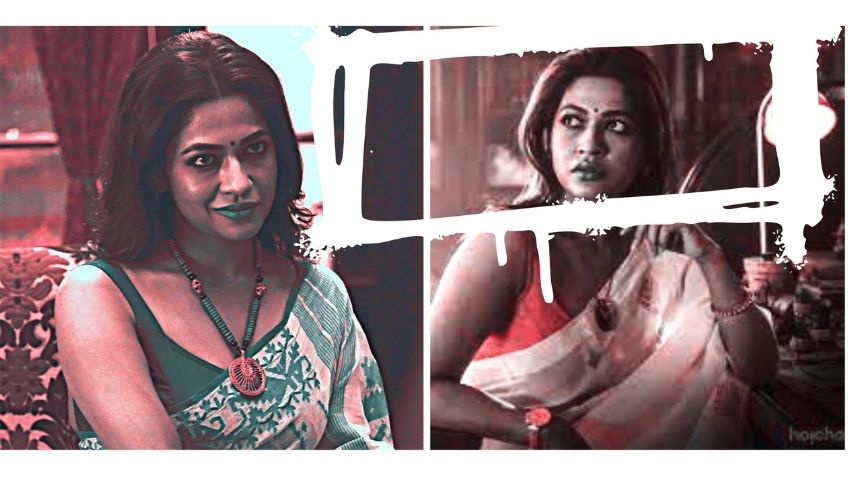 There are just too many strands here and too many characters for the screenplay to do justice to any: history, culture, politics, crime, scandal and cannibalism too - at one point we also have Phalu’s prostitute girlfriend coming into the picture for a few gratuitous scenes. Loose threads introduced randomly and left hanging, make for a patchy narrative difficult to keep track of. Surprisingly for someone like Srijit, the writing is rather lacklustre, so much so, that even his famed repartees fail to register time and again. Consider, for example, Anjan Dutt (as retired criminologist Kharaj Khashnobish), a late and rather ineffectual addition to the film, baiting a suspect, Dr. Indrayudh Sen (Rajat Ganguly), urging him to have a sip of water given where the interrogation is leading him to. This should have been a breeze considering how well Srijit does these scenes, but, like many of such scenes in REKKA, intended to be punchy, it simply does not come through.

At the heart of REKKA’s failure, apart from the too-faithful and often turgid adaptation, are the leads. Rahul Bose never comes across as comfortable in his character. There’s a stiffness about him that bogs the narrative down - there’s nothing organic in his responses in almost all of what could have been the film’s dramatic sequences. For an illustration, consider the ‘reveal’ in Episode 4 where the officer-in-charge confronts Nirupam at the police station. This is stuff one could count on Srijit delivering with aplomb, but Rahul appears too conscious of the possibilities of the sequence so that the face-off simply does not materialize.

The other major let-down is Azmeri Haque Badhon as Mushkan. Coming hot on the heels of her internationally acclaimed act in Rehana Maryam Noor - it premiered to a standing ovation at the ‘Un Certain Regard’ section at the 2021 Cannes Film Festival - this one is particularly disappointing. She never rises to the challenges that the role offers her, the character’s ‘enigma’ remaining limited to a suggestive smile here, a terse comment or two on the phone, on digging graves in the dead of night and the Tagore songs she lips.

In the face of these two lethal failures, the climactic showdown between Nirupam and Mushkan and the ‘shattering’ revelation in Episodes 6-8 are dead on arrival. Just when one would expect the pace and the astonishing disclosure to take you by the scruff of the neck and jolt you, the proceedings get bogged down by the verbosity of the exchange between two actors never at ease with or convincing about what they are mouthing – and at times too fatally aware of the effect the sequence should have.

Which brings me to the ‘horrifying’ truth about Mushkan. It’s tough to talk about this without giving away spoilers. But let me try. For those who have read Piers Paul Read’s Alive: The Story of the Andes Survivors - an account of the plane crash in the Andes mountains in 1972 - and seen the 1993 film that was inspired by it, would know that it is simply not possible to tell some stories on screen. The monstrosity of what transpired between the survivors of the crash is too huge to encompass in a film. In REKKA, the incident is brought to life in a manner that’s too straightforward and in your face to work. Accounts of the Andes crash and its survivors have resorted to highlighting the metaphysical nature of their unimaginable ordeal. Devoid of a similar filtering lens, in REKKA the enormity of the experience becomes almost caricaturist, a triviality employed in the services of the screenplay. 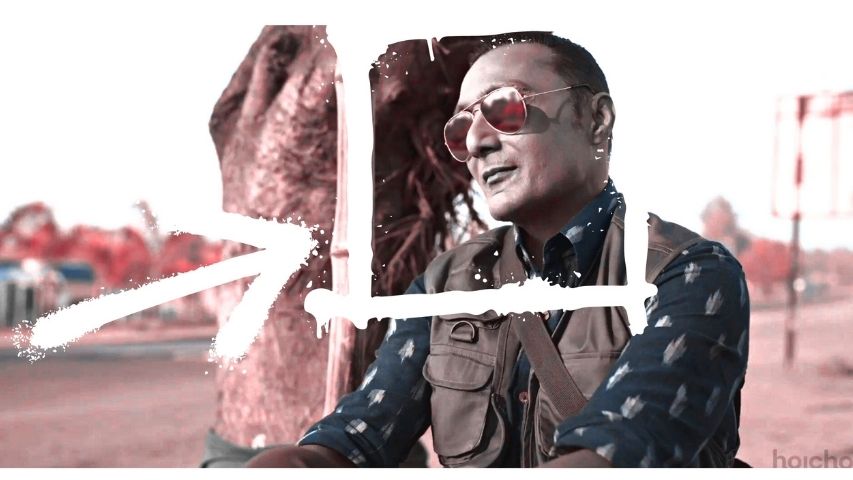 Despite the ticker-tape disclaimer about the disturbing nature of the visuals, it is not so much the horror of the experience that registers as how blandly it has been visualized. As a lay viewer, it is not so much the ‘act’ that numbed me as the almost flippant manner in which it is presented. As a result, that bit about the possibility of the ‘elixir of life’ is not only lost but sounds like so much mumbo-jumbo.

To top it all, we have the classic Tagore songs ‘Diner sheshey ghoomer deshey’ (in the land of sleep at the end of the day), as Nirupam collapses, faced with the knowledge of what he has heard and ‘Aguner poroshmoni’ (the purifying touch of the fire), as the restaurant goes up in flames, filling the soundtrack on cue with the visuals in the penultimate episode.

Now, having songs of Tagore play as a backdrop to a gory mystery is fine, it’s a creative licence I would admire. And it’s a nice stroke to title each episode after a Tagore song. But it is the way these have been incorporated in the narrative, particularly in the last couple of episodes, that had me truly stumped for a response on the tonality. There was a moment in an earlier episode when in the middle of a grave-digging scene, Mushkan, realizing that Nirupam is spying on her, starts to sing a Tagore song pregnant with meaning and allusions. The tone sounded off even in this one, but it gets progressively worse with ‘Diner sheshey ghoomer deshey’ and ‘Aguner poroshmoni’.

I am all for irreverence in the aid of satire, irony or black comedy. However, when coming to terms with what has just unfolded in the narrative would in itself be a huge task, these song interludes ring hollow, undermining what we have just seen, almost as if the filmmaker is playing to the gallery. Consider, for example, the song with which the film ends, as an exasperated Nirupam loses it, screaming, ‘F***, f***, f***’: ‘Bodhu michhe raag korona’ (Don’t be cross without a cause, beloved). I am still trying to figure these out.

I may not have been this disappointed with REKKA if it were a lesser filmmaker. But coming from Srijit, it is a big let-down. The material is right up his alley, given his indisputable ability to make the bizarre and the eerie work. But the film emerging from it is too tepid, verbose and diffused to deliver as a crime thriller. And the approach too facile for the paranormal elements to come across with any conviction. I for one kept looking in vain for that spark, the chutzpah that otherwise mark his work, that make his films impossible to ignore even if you don’t take to them.