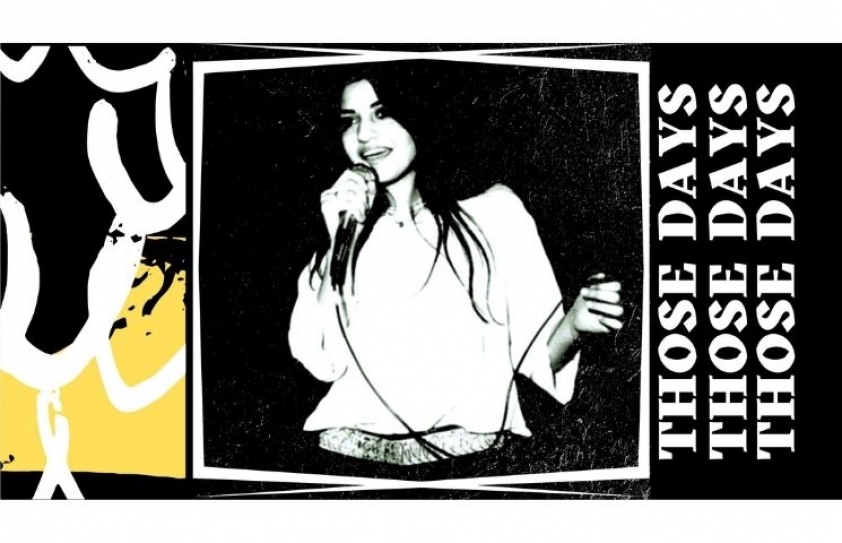 The year 1981 leapt up to life at the sound of her refreshing voice and thousand young voices rose in a chorus to croon to her Aap Jaisa Koi Meri Zindagi Main Aaye. Nazia Hassan became an overnight celebrity. That was her singing debut in Feroz Khan’s mega-hit Qurbani (1981). She gave the playback voice of the glamorous Zeenat Aman who swayed the nation with her curvaceous dance moves. Incidentally, Feroz Khan had met Nazia in London and asked her to come for an audition with composer Biddu aka The Lone Trojan.

She garnered praise for her single; winning the Filmfare trophy for the Best Female Singer at the age of 15. She also happened to be the first Pakistani to win, and remains the youngest recipient in this category to date.

Her album Disco Deewane brought in brother Zoheb. Together they unleashed the disco craze in India among the affluent as well as the masses. With their royal background, they sparked fashion trends. Disco Deewane was released in 1981 and zoomed up the charts in 14 countries, becoming the bestselling Asian Pop record of that era. The album also included an English number Dreamer Deewane that became a British chartbuster. Disco Deewane was used once again by director Karan Johar for his Student of The Year (2012) franchise and again proved to be a chartbuster all over again.

Posters of the teenaged brother-sister duo adorned the walls of rooms of the young across India. They stayed at the Taj Mahal Hotel in South Bombay, where the lobby would buzz with news reporters seeking interviews. A line-up of Bollywood producers and directors waited to sign them up for their upcoming projects. Their poise and manners spoke of aristocratic breeding. 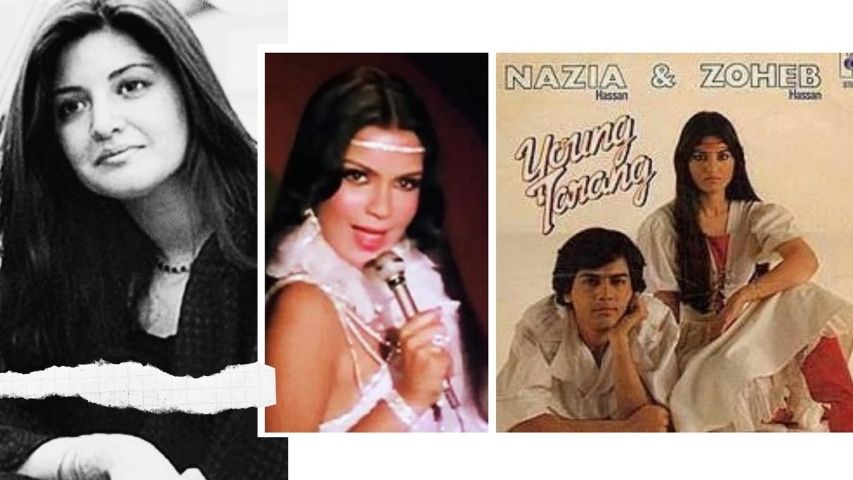 This duo that frequently made its music together, was often addressed as Siamese twins. Nazia was a year older than Zoheb, but he was often mistaken as the older sibling due to his maturity and straightforward attitude. Nazia was the funny one who fussed over her very handsome brother and fondly called him Zee, Zebu or Zeb. It’s believed they would jam for hours and hours with their guitars but did not succeed in coming up with catchy tunes at all times.

Their success story continued with more smashing albums like Boom Boom (1982), a part of which was used as the soundtrack for the film Star (1982), directed by Vinod Pande. It headlined Kumar Gaurav, Rati Agnihotri, Raj Kiran, Saeed Jaffrey and Padmini Kolhapure. Biddu himself produced the film Star, while Nazia and Zoheb sang the songs. Although Biddu had asked the duo to act in the film, they declined the offer politely. The film had smashing music but failed at the ticket counters.

Nazia and Zoheb were content with singing as long as their records sold. The excitement mounted when they were a part of Amitabh Bachchan’s World Tour. It was here that a gamut of controversies flared up. Rumors circulated that there were some ego clashes between Nazia-Zoheb and the organizers.  The duo felt they were being short-changed in their remuneration as almost 50 percent of the tickets had been sold because of their popularity. Allegations and misunderstandings led to the organizers never inviting them for a tour again.

Alas, success as they shuttled between Karachi, London and Bombay came with a lot of baggage. Canards about their unprofessionalism, the harassment during recordings, and the attempt to equate with Amitabh Bachchan during the World Tour, were extremely detrimental to their careers. On the personal front, too, matters were getting rocky. When rumors of Nazia’s engagement to a prince, the Nawab of Junagadh, came into the open the buzz was that it happened because of her liaison with actor/director Feroz Khan. 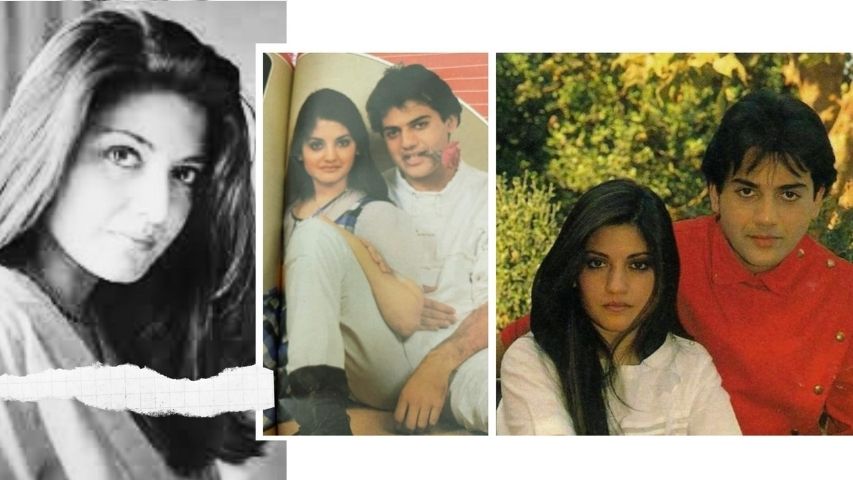 Film offers didn’t stop but the sister and brother opted to record their own private albums. In 1987, their album Hotline with the song ‘Aa Haan’ struck gold. The following year, they appeared on the TV show Sung Sung. Zoheb also hosted a music show called Music 89. It was the first ever music ‘pop-show’ in Pakistan, and it launched quite a few artists that were to reckon with thereon. Zoheb’s fifth album, Camera Camera, was released in 1992. By this juncture, the duo had already announced it as their last album together.

Consequently, Nazia moved on to focus on her personal life and commitments.

Biddu had composed a song Made in India and was very keen for Nazia to sing it, but she turned down the offer. As a Pakistani, she felt it would be offensive to croon such a song, which was then offered to Alisha Chinai. The result was a mega-hit, for which even Madonna praised the songstress.

Nazia received her Bachelor’s degree in Business Administration and Economics and worked for the United Nations Security Council after which she studied for a law degree. She was married to the Karachi-based businessman Mirza Baig, but the marriage was wrong from the word go. It was his third marriage. Her life was filled with turmoil and difficulties. She was diagnosed with lung cancer and she battled with the terminal disease till she passed away on August 13, 2000, at the age of 35. Gone too soon but her voice is remembered and loved widely by one and all even today.

Today, Zoheb is a singer, lyricist and producer. His ballad Chehra is considered epic in terms of a romantic song. His last album, Signature, was released in 2017 in collaboration with EMI Pakistan and Sa Re Ga Ma India. The album contains the last track sung by his unforgettable sister Nazia.