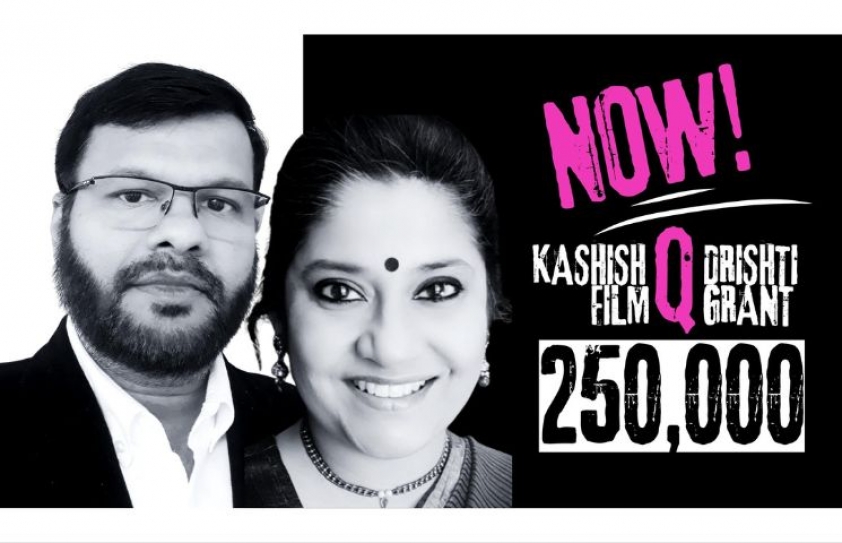 KASHISH QDrishti Film Grant offers production grants and mentoring to LGBTQIA+ filmmakers to make their queer short films. This year the amount has been raised to Rs 250,000, reports The Daily Eye Newsletter

The call for submission of screenplays to the KASHISH QDrishti Film Grant 2022 is open now, and all filmmakers who identify as lesbian, gay, bisexual, transgender, intersex, asexual, queer or non-binary, can apply at https://tinyurl.com/K22QDrishti. Deadline to register is September 18, 2022.

“The KASHISH QDrishti Film Grant is a huge boost in the arm for emerging Indian LGBTQIA+ identifying filmmakers to realize their dreams. The six films that have been produced so far through this initiative are exemplary in content and style. From a film about a transgender cop (Physicality), to a married queer person (Languages), to a sight impaired bisexual woman (Catch The Light), to exploring fluidity of gender in Bhakti cult (Tales of Another Radha), to two middle-aged working class women in love (My Mother’s Girlfriend), to a story of transman’s queer love (The Caress) - the films are diverse and inclusive in their truest sense. This ties up with KASHISH’s mission of enabling a platform for LGBTQIA+ community that produces, exhibits and distributes queer content”, said Sridhar Rangayan, festival director of KASHISH Mumbai International Queer Film Festival.

Neeraj, producer who is sponsoring the grant said, “Every film carries us to another realm of make-belief, possibilities, and what-ifs as it envelopes the filmmakers' desires, dreams, struggles, and aspirations. As much as the story behind a film is important, the team behind the camera telling the story carries equal weight due to the authenticity and passion they bring in. The KASHISH QDristhi Film Grant provides wings to the determination and creativity of filmmakers to bring their stories to the world in full cinematic glory and genuineness. Rising beyond mere tokenism, the grant, through its monetary rewards and mentorship, is an attempt to boost the visibility of the filmmaker and the LGBTQ+ community as a whole.” 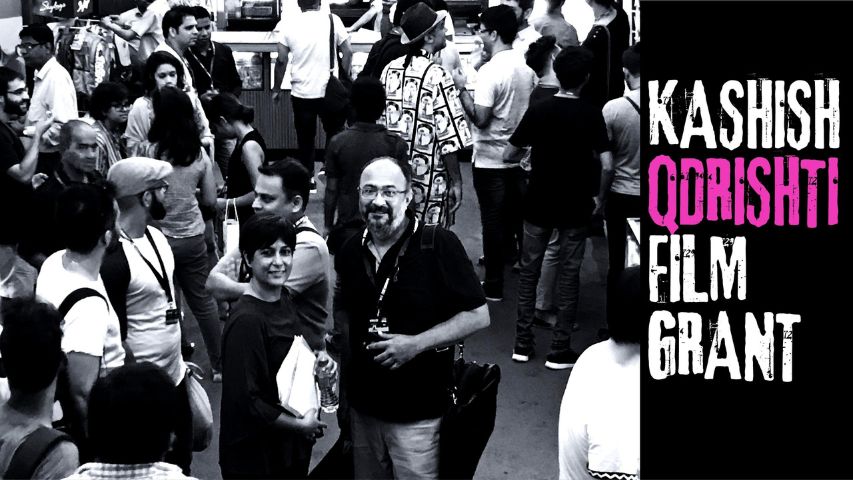 Renuka Shahane, well-known actor & director who was on the jury last year said, “I was on the KASHISH QDrishti Film Grant jury panel last year and I was quite astonished by the five stories pitched to us, which were diverse, rich and unique in their representation of particular aspects of the LGBTQIA+ world experience. That’s why I decided to contribute with my little might and support the runner-up with a cash award. Hope this helps the filmmakers reach closer to their dreams”.

Assamese filmmaker Bhargav Lahkar whose script, The Caress, won the film grant last year said, “I am so grateful that my story and screenplay met the expectations of the jury members, and I am thrilled that my queer love story has been able to capture their minds. I hope this film will capture everyone’s hearts as well.” Bhargav’s empowering film about a trans man premiered at KASHISH 2022 in June, and is set to travel film festivals across the world.

Arun Fulara who received the grant in 2020 and whose short film My Mother’s Girlfriend stormed 55 film festivals until now, and won 4 awards including the Best Short Film award at the International Documentary and Short Film Festival of Kerala last year said, “The KASHISH QDrishti film grant enabled me to put my plan for my short film into motion. It’s not just the money but the confidence of being awarded the grant by an eminent jury of very respected writers and filmmakers that gave wings to me and the film. Even after, through the entire process of making the film, I’ve had so much support from Sridhar Rangayan, Saagar Gupta and Neeraj, as producers, that I feel blessed. Their inputs from the script to casting to helping get discounts wherever possible in the production process through to the post-production of our film, has been an absolute pleasure. It’s been a fun ride and that’s rare. Trust me.”

Other past awardees of the KASHISH QDrishti Film Grant are V.Ramanathan (Physicality), Debadrita Bose (Languages), Siddharth Chauhan (Catch The Light) and Sudipto Kundu (Tales of Another Radha).

These films as well as several Indian LGBTQ+ films have been distributed by KASHISH on MxPlayer, GagaOoLala and LesFlicks.

They are available at the KASHISH OTT platform at: https://online.mumbaiqueerfest.com

It is a Pay-Per-View platform where you can watch the trailer and Rent the film. Each film is available for 48 Hours to play once rented. It is an OTT platform exclusively for LGBTQIA+ content.