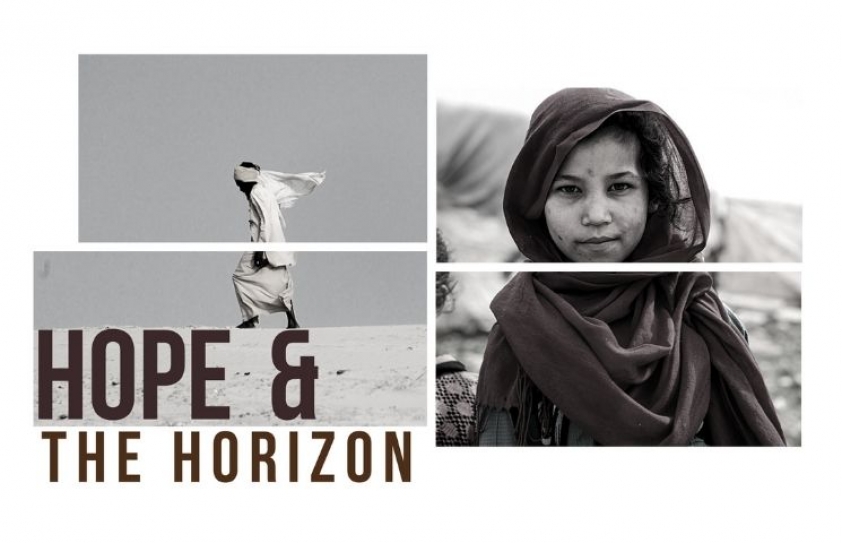 Hope and the horizon

Dr. Kishore Madhwani updates the facts on the COVID virus and asserts the need to stay calm while under the pressure.

There’s no need to be stressed. Neither can we hide from facts. Currently, the second surge in India and a third surge in a few countries globally, has resulted in Coronavirus fatigue. Indian scientists have also predicted a third wave for India. We are in the epicenter of a race between speeding up vaccinations and handling the dynamics of the Variants of mutants from U.K., Brazil & South African (VOC). The media in Japan has urged for the cancellation of the Olympics 2020.

India witnessed its first wave of cases reaching a peak in September 2020 and subsequently cases came spiraling down to less than 10,000 a day on February 21. The national authorities, then, announced the gradual easing of lockdown restrictions, opening up of public spaces (with strict protocols) in private and public offices (with restricted staff), a few educational institutions, as well as gyms and malls. But mass election rallies in various Indian states, the historical Kumbh Mela gathering of lakhs of devotees for the Shahi Snaan (Holy Bath) are few reasons that resulted in letting the guard down against the virus.

In India, the sharpest ever rise of over 4 lakh new cases and 4000 deaths every day was witnessed earlier in the month of May. However, the R Rate of the virus, which has the capability of an affected person affecting 3 others, has reduced to 1 in Delhi and Mumbai, and in U.P. from 1.5 persons to 1. Consequently, the Stay-Home-Stay-Safe advice has to be followed for the next couple of months until the curve flattens. This is a tough call to take, but as of now imperative. Maharashtra, which has reported the highest number of cases in urban as well as rural areas, has advocated compulsory institutional isolation (no home quarantine permitted) in 18 districts from this week, with the exception of Mumbai city.

RESTRICTIONS AT CENTRAL AND STATE LEVELS

Currently, 98 percent of our country is in a lockdown mode, which has reduced the burden on overwhelmed healthcare facilities, speed up at war footing vaccinations for all age groups including children in order to protect them from the third wave, build up the herd immunity in local populations, and achieve optimal coverage albeit with shortages of vaccines and other hurdles that face us. Of late, there has been a definite dip in the total number of cases though the death rate continues to be high, as there is a lag period of two to three weeks between the onset of fresh cases and number of reported deaths. Currently approximately 2 lakh cases (lowest in last 40 days) and 4157 deaths have been reported from India taking the total to over 27 million cases and 3.1 lakh fatalities as per official government records, which however are being questioned.

Cases have increased in Kerala, Karnataka and Tamil Nadu. All the states have imposed lockdowns till June 7. Delhi showing a dip in new cases has extended the lockdown till June 1. West Bengal and Rajasthan have also extended lockdown till the month ends. Cases have spread to interiors of villages in Punjab, UP, Bihar and Haryana. 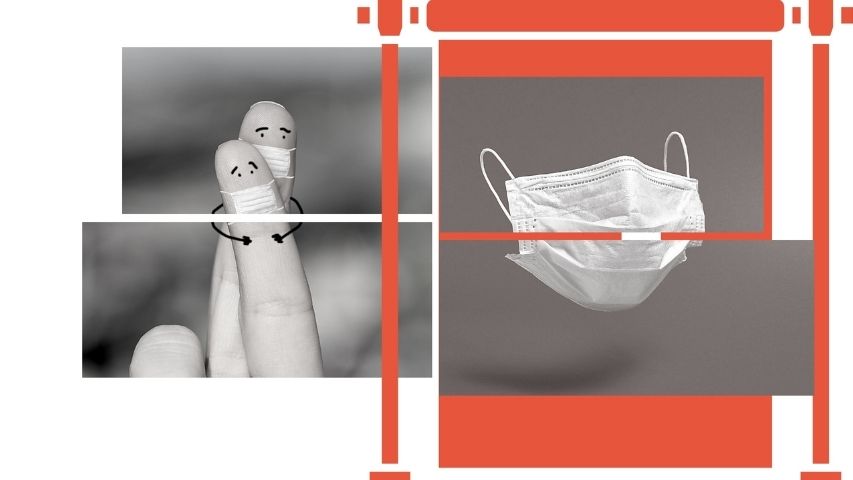 The UAE sent 0.5 million Favipiravir doses.  Oxygen Tankers have been sent by South Korea, Italy, Belgium and Singapore. The USA has dispatched oxygen concentrators as well as raw material for manufacturing of vaccines.

DIFFERENCE IN THIS SECOND SURGE

It has affected the vulnerable non-vaccinated groups who had not acquired immunity. There has been an Increased morbidity and mortality in the 30 to 50 years age group. Many of them were RTPCR negative but a CT scan and blood test showed effects of COVID-19. Hence the rule that POSITIVE RTPCR reports is not mandatory for hospital admission. Children and adolescents in the 11 to 17 years age group have been affected.

As far as the national economy is concerned, over 70 lakh jobs were lost in April. The unemployment rate from 21.7 per cent in May 2020 reduced in January 2021 but again increased exponentially in April 2021. According to official statistics, there will be a loss of Rs. 1.5 lakh crores, if lockdowns are extended beyond June 1. However, the impact of lockdowns in saving lives and raising the human capital will enable us to bounce back and revive the economy eventually according to the government.

Social media, while largely creating alarm, has also had its positive side. A tweethaton spiralled by student Ayan Kapoor from Delhi regarding the vaccine situation went viral drawing 5000 responses across India. Clearly, the government should immediately import vaccines from abroad and vaccinate the vulnerable population of by creating a task force involving private and government partnership to protect children, especially. During the crisis it was because of appeals made on social media that made good Samaritans reach help and save many lives too.

Vaccine trials for children have started globally and in India Bharat Biotech are leading the attempt for Covaxin. Private players have been invited to produce Covaxin. Let’s hope private players will focus on the needs of the pediatric population of our nation, our future, and will also produce the revolutionary nasal vaccines for children as well as adults. President Biden of U.S. has asked for the vaccination of teens based on the TEENCOVE study, highlighting the safety of Mrna vaccines in teenagers.

If adults find it difficult to wear masks, how will children follow COVID-19 appropriate-behavior? We have a moral and social responsibility to protect them before the third wave for which we need to move at lightning speed to include vaccination for children in our Universal Immunization Program. The Moderna Mrna vaccine manufacturer in the US has already launched a six month-12 years KIDCOVE study and results will be out soon to protect children in this age group in the US. Why isn’t Bharat Biotech spearheading a similar initiative?

Dr. Anurag Aggarwal, director of the Institute of Genomics and Integrated Biology along with IIT scientists, have predicted the end of second wave by the middle to the end of June 2021. Over 20 crore Indians have been vaccinated since January 16. An estimated number of 200 crores will be vaccinated by 31 Dec 2021, according to central government estimates, of which Pfizer may commit 5 crore doses of Mrna vaccine to India.

To ramp up the vaccination drive, the center is promising to provide 1.9 crore doses to states by the end of May 2021? The third vaccine SPUTNIK V will be available commercially in private centers across the country at Rs 995 per dose; each given 3 weeks apart. Shortly, in June or July Sputnik Light, a single dose vaccine may be available in India, which could prove to be a game-changer in coverage, as it requires only one dose providing 79.4 percent efficacy (as per studies in Russia). The next gen Moderna, a one-dose vaccine will be available early next year.

Fifty percent of adults in the US have been fully vaccinated with two doses. The US now allows the fully vaccinated not to wear masks, indoors or outdoors – aha moment for America hopefully. 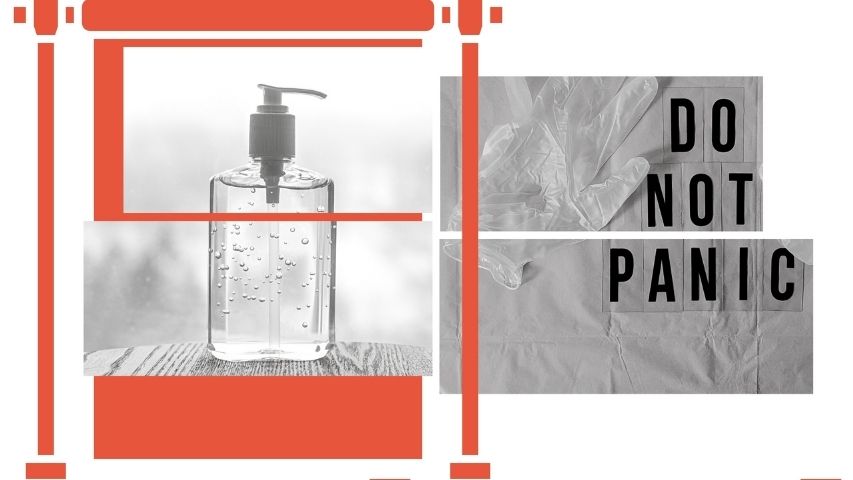 The Antibody Cocktail of Roche Pharmaceuticals comprising CASIRIVIMAB and IMDEVIMAB has just been launched in India at Rs 59000 by CIPLA. When administered early in mild to moderate disease, this drug would be life saving and is a remarkable stride as a treatment option in adults and children above 12 years weighing at least 40 kg (given to Donald Trump when he acquired COVID-19); as plasma administration has now been discontinued by the ICMR and WHO.

A new revolutionary life saving oral drug 2DG made in India (manufactured by Dr. Reddy’s Labs) by Defense Research Development Organization (DRDO) along with INMAS has acquired Emergency Use Authorization by FDA. The oral drug will be available in June in a powder form in a sachet to be dissolved in 100 ml of water, to be taken twice a day in moderate and severe cases of COVID 19, whose Oxygen saturation is 94 percent. The drug ensures that oxygen saturation for an affected patient is maintained and does not further drop (along with continuing the correct line of medication concurrently), thereby eliminating the use of oxygen and or Remdesivir. We can surely end this pandemic if each one of us comes together by following COVID-appropriate-behavior and getting vaccinated.

SUGGESTIONS TO ABIDE BY

1) Plan vaccination dates and execute the same with maintenance of Social Distancing at the site and let us develop a momentum to protect our children by vaccinating them.

2) Stay Home: Do not allow any visitor, as far as possible, to your home. Do not travel indiscriminately or socialize.

3) Stay Connected to boost your morale and Think Positive.

4) Do not self medicate or over-medicate yourself.

5) BEFORE STEPPING OUT OF HOME ask yourself: is this action SMS V3 (COVID Appropriate Behavior) compliant?

To master the COVID Appropriate  Behaviour: acronymed SMS V3 - kindly watch my YouTube video with the link provided below:

SMS V3 - Sanitisation of self and surfaces, Double Mask wearing, Social distancing along with ensuring Vigilance to test (then isolate), treat and track fast ensuring micro-containment to break the transmission chain, following Ventilation guidelines and taking below mentioned 3 precautions when stepping out of home.

Looking after a Family’s Medical Needs