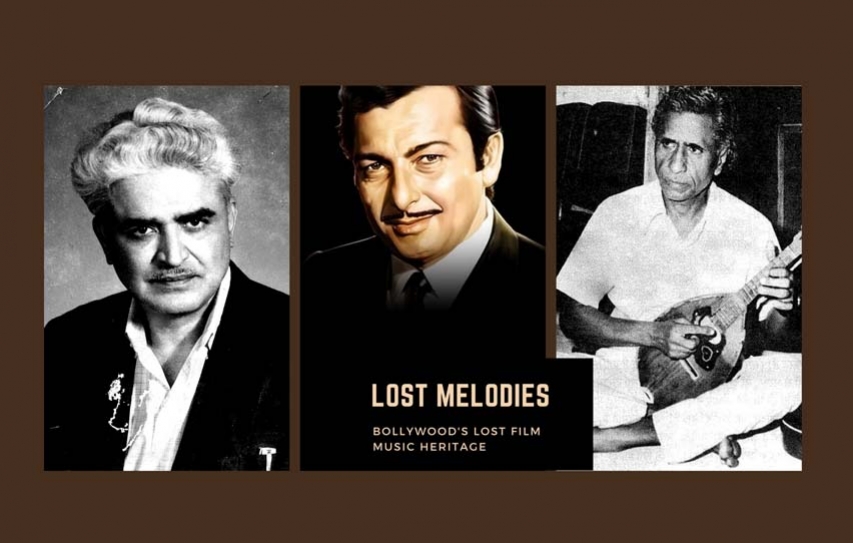 My go-to metaphor for Hindi film music is that it’s a rich tapestry woven by generations of music directors, lyricists, musicians, sound engineers and arrangers. Since the advent of the talkies, music has been an integral part of our films.

Movies that were damp squibs at the box office or terribly enacted have soundtracks, which enthralled listeners when they were released and have a cult following even today.

The music scores could perhaps be the composer’s or the singer’s greatest ever. I refer to my trusted tome – Hindi Film Geet Kosh by Harmandir Singh Hamraaz - to bring to you some soundtracks and songs, which fell by the wayside but are still heard on loop by film music connoisseurs. 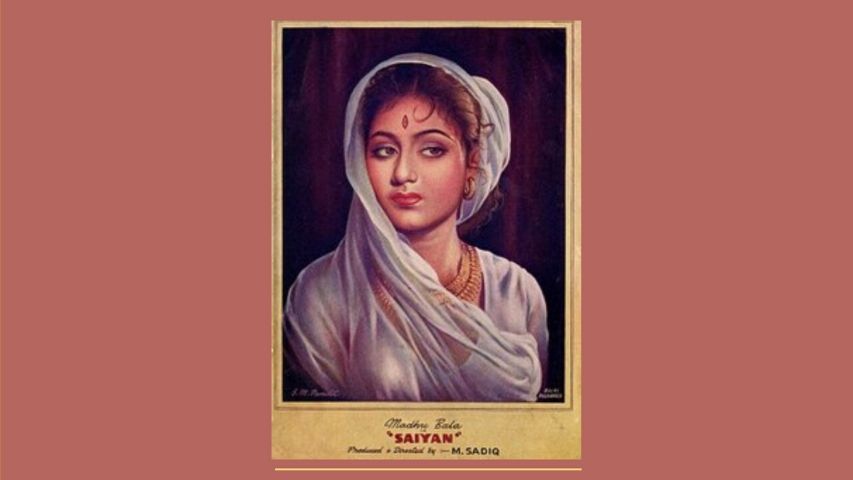 Arguably the most mercurial of composers to have graced Hindi film music, Sajjad Hussain was also the most original, an opinion expressed by many of his contemporaries. Sadly, he scored for very few movies.

The Madhubala, Ajit and Sajjan starrer Saiyan is one of his most cherished on. By the early 1950s Lata Mangeshkar was replacing the female singers of the 1940s. The soundtrack comprises eight songs - six by Lata Mangeshkar and one each by Mohammed Rafi and Shamshad Begum.

Of the six Lata solos, my personal favourites ‘Hawa Mein Dil Dole’ and ‘Khayalo Mein Tum Ho’ feature Madhubala in a dance sequences and the soulful ‘Kaali Kaali Raat Re’. The prelude music for ‘Khayalo Mein’ more than a minute long is a delight. The sole Rafi solo is a peppy and catchy ‘Us Paar Is Deewar Ke’ picturized on Sajjan, a popular character actor whom readers might recall as the ‘Betaal’ in the ‘Vikram-Betaal’ TV series. On the Internet one finds videos of Lata singing a Saiyan song on a live stage show and Hridaynath Mangeshkar talking glowingly about the soundtrack. 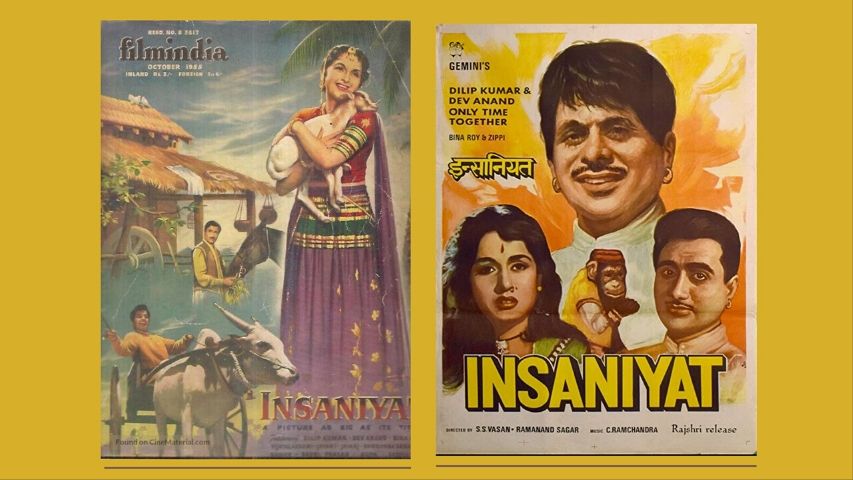 Though the movie didn’t do well commercially, the costume drama is unique as the only Dev Anand - Dilip Kumar starrer. It also features ‘Anarkali’ Bina Rai as the lead actress.

This soundtrack is perhaps not as accomplished as Annasaheb’s (as C. Ramchandra was popularly known) Azaad in the same year for Dilip Kumar but it does feature some jewels like the Lata-Talat Mehmmod duet ‘Aayi Jhoomti Bahar’ and the Lata solo ‘Chup Chup Chup Hone Laga Kuch’. The former features Talat singing for Dev Anand, a very rare combination indeed. The Lata solo has all the signature moves of Annasaheb’s music, very pleasing to the ears.

By the 1950s, Rafi had established himself as the voice of Dilip Kumar and he gets a solo here on Dilip Kumar along with a couple of duets with Asha Bhosle. Incidentally, it is a real travesty that C. Ramchandra never won a Filmfare award for his work in the 1950s. Even an Azaad lost out to Hemant Kumar’s Nagin. The readers can decide which was a better score. 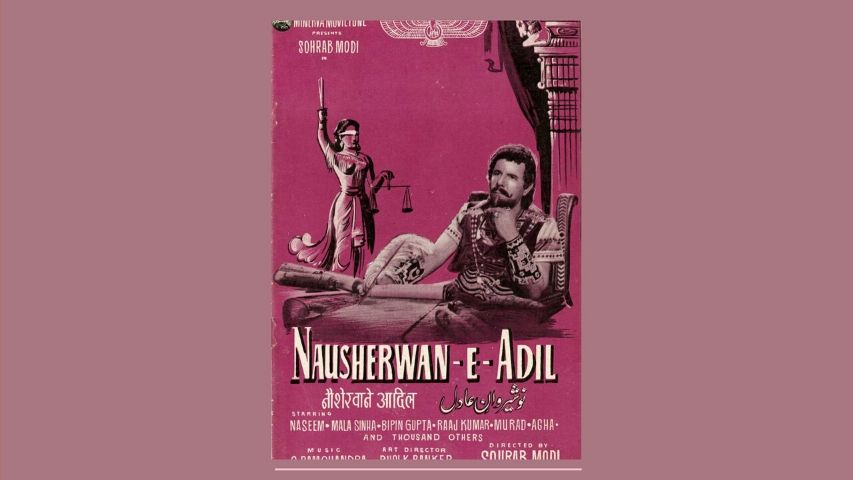 Only that of Madan Mohan perhaps matches C. Ramchandra’s work with Lata in terms of quality. This Sohrab Modi, Mala Sinha, Raj Kumar historical featured nine songs. The highlights are the very melodious Rafi-Lata duets ‘Taaron Ki Zubaan Par’ and ‘Bhool Jaye Saare Gham’. Rafi didn’t feature too prominently in Annasaheb’s music but when he did he delivered perfectly. When it came to delivering the right expression for a film song, Rafi was unmatched in scale and variety.

I would be remiss if I didn’t mention the two gorgeous Lata solos, a sine-qua-non of most of this composer’s work – ‘Bheeni Bheeni Hai’ with a waltz rhythm and ‘Raat Dhali’. The former is not as well known but my personal favourite of the two solos. 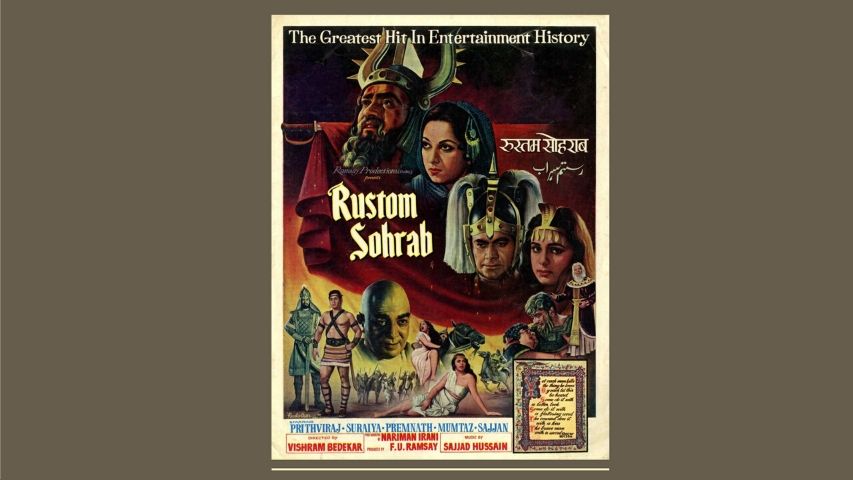 It is fitting that we include another Sajjad soundtrack. The era of singing stars was well and truly over but Suraiya managed to come back for a last hurrah with ‘Ye Kaisi Ajab Dastan Ho Gayi Hai’ in this historical drama along with Prithviraj Kapoor, Premnath and a young Mumtaz. 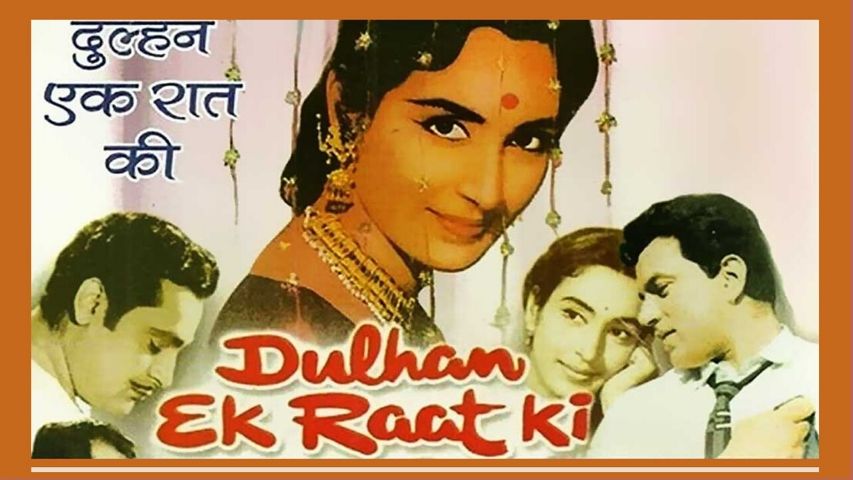 In the popular imagination, the Madan Mohan - Lata combination is usually known via songs like ‘Lag Ja Gale’ which are played endlessly on TV and at musical shows. In my opinion the apogee of their combination is heard in this Nutan, Dharmendra, Rehman starrer.

Nutan always emoted spectacularly and these songs are no exception. The piece de resistance, without a shadow of doubt, is the incredible ‘Sapno Mein Agar Mere’. The use of the sitar in its gayaki, probably by Rais Khan, is exquisite.

Lata proves yet again that she is the empress of Hindi film music. Her prowess is on full display in a song with just two antaras. The anatara ends and the interludes are filled with the melody of the sitar, sax and violin. The lyrics and the singer always dominate, the percussion and strings remaining unobtrusive. It’s a tour de force of Hindi playback singing. One could easily make an anthology of just Nutan-Lata songs.

Rafi renders the lilting and underrated ‘Ek Haseen Shaam Ko’. Interestingly the movie has a Bhupendra solo written by Neeraj and also a rare qawwali sung by Lata.

In conclusion: There are far too many soundtracks that are ignored but one must parse the list in an article like this. It’s a ‘Chhupate Chhupate Bayan Ho Gayi Hai’ effort. I hope readers rediscover some of these priceless jewels and appreciate our musical treasure.