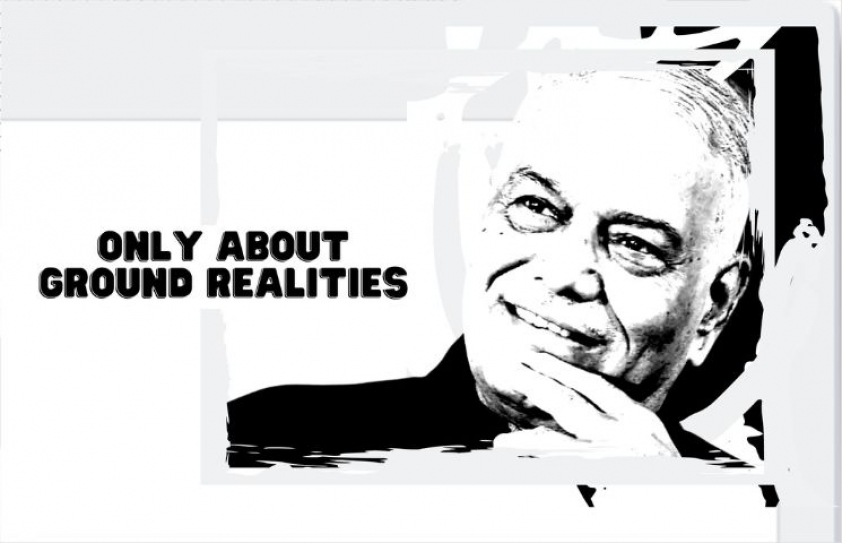 Only About Ground Realities

YASHWANT SINHA, choice of the opposition parties as the next President of India,  is rational; he talks about ground realities with conviction and passion, writes Humra Quraishi

Civil servant turned politician Yashwant Sinha was earlier with the BJP  but after he severed ties with the right-wing party, he has been one of its fiercest critics. He is impressive because of his awareness of the ground realities. He talks with a sense of conviction and passion. In fact, the latest statement coming from Yashwant Sinha is that he will not implement the controversial CAA Bill if he gets elected. Last week, whilst he was in Assam, he was talking about its implications.

Also what cannot be overlooked is the fact that Yashwant Sinha’s views on the Kashmir crisis have been compatible with the truth on the ground. If you recall, in 2016 Yashwant Sinha had led a five member delegation to the Kashmir Valley and met a cross section of people – he had even come up with several recommendations to reduce the trauma faced by the local population. Confirmed sources have stated that after his visits to Kashmir, he had sought time with the top political brass in New Delhi to discuss ‘the Kashmir crisis’  but wasn’t given an appointment!

Thereafter, Yashwant Sinha had revealed the harsh truth and the prevailing conditions in the Valley, which the political rulers in New Delhi had refused to acknowledge. “I am looking at the alienation of the masses, of the people in Jammu and Kashmir. That is something, which bothers me the most. We have lost the people emotionally. You just have to visit the Valley to realise that they have lost faith in us,” he had then stated.

Yashwant Sinha and his team had also made suggestions, offered remedies that could have helped with the healing process, that is of course, if they were to be implemented. I’m quoting him here, from reports published in 2016 about the Yashwant Sinha led delegation’s suggestions, “The five-member group suggests release of first-time offenders, re-starting dialogue with separatists and judicial probe on police excess”.

The report recommended to start the process of reopening schools and as a precursor to this, release forthwith all first time offenders, schoolchildren and minors arrested under PSA. It suggested considering postponement of school examinations to a later date instead of insisting on holding them from November 15, compensation to kin of the civilians killed and those wounded, rehabilitation packages for those permanently blinded by pellet guns and setting up of a blind school in Srinagar for those children. It called for a judicial commission into police excesses. 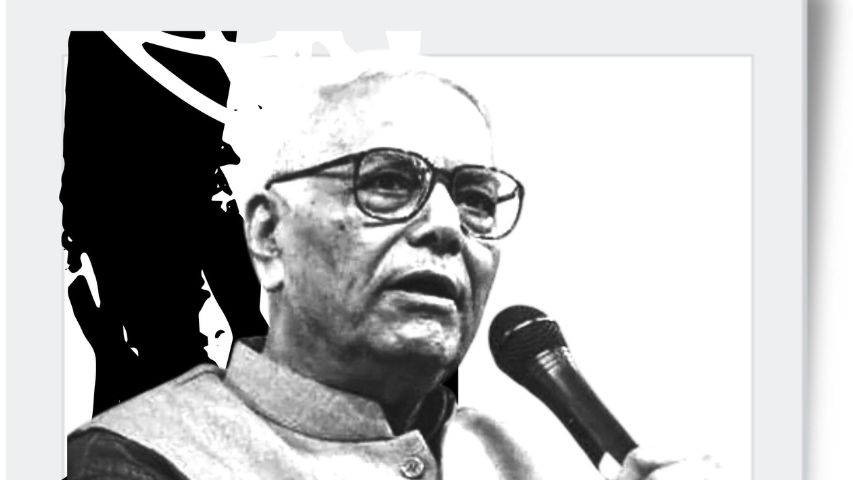 This detailed comprehensive report, published in the national daily The  Hindu, dated  December 2, 2016, carries several facts about Sinha’s visit to the Valley. It reads:  A five-member Delhi group, headed by former Union minister and senior BJP leader Yashwant Sinha on Tuesday submitted its report to Union Home Ministry in Delhi about their recent visit to troubled Jammu and Kashmir. The group had visited Srinagar on October 25-27 and met senior separatist leaders, including Syed Ali Geelani, Yasin Malik, and Mirwaiz Umar Farooq. Reiterating that the group’s initiative was not ‘a sponsored one,’ the report said that across the political spectrum, the Kashmiris we met spoke virtually the same script about the history of the Kashmir issue. They may have varied in the exposition of a particular issue but basically all of them argued for a political solution to what they perceived as a political issue. They made the point that this is the fifth generation of Kashmiris, which was protesting but to no avail. It underlined that there was also anger due to ‘excessive use of force by the security forces’. It said the violence, which began with the funeral procession of slain militant Burhan Wani has so far resulted in the death of nearly a hundred people. The question that most Kashmiris are asking is, ”Why were unarmed people going to offer last prayers for Burhan Wani fired at?”

The report findings highlighted that the business and trading community in Kashmir was not bothered about profit and loss but human loss and about the worsening situation in the Valley. It said use of pellet guns for crowd control was the sorest point of all conversation with Kashmiris. They want the pellet guns banned and cannot understand why Government of India is delaying this decision and why Indian security establishment is reluctant to give up this weapon.

The group also shared that people alleged search operations were resulting in destruction of property at Kashmir homes. “Apparently electrical and electronic gadgets are destroyed in the name of search operations. This continues even when the search operation yields nothing,” the report said. It also underlined public grievances about “abuse of Public Safety Act (PSA)”, destruction of electric transformers by security forces and harassment of people outside the valley.

In the long term, the report said people stressed upon the refusal of the government to recognise Kashmir as a politically contentious issue. “Across the cross section of people we met there was anguish about the refusal of the government to see Kashmir as a political issue, people claimed. It had resulted in the present situation because a political issue cannot be solved through law and order measures.” The report also highlighted that Kashmiri separatist leaders think “unless India and Pakistan talk there can be no permanent solution to the Kashmir issue”.

And while all of this goes on, I on my part crave for those good old days when we could live and talk and whisper and laugh in that carefree happy way! So I’m leaving you with these lines of Kamala Das from her book, Closure (Harper Collins): A Blessed Life/True/I broke a commandment/or two/but shall not plead/for society’s pardon/or God’s//When I disobeyed/I tasted bliss/indeed/I count myself blessed/not for the fame/or fortune/but for those wanton hours/of pure abandon.